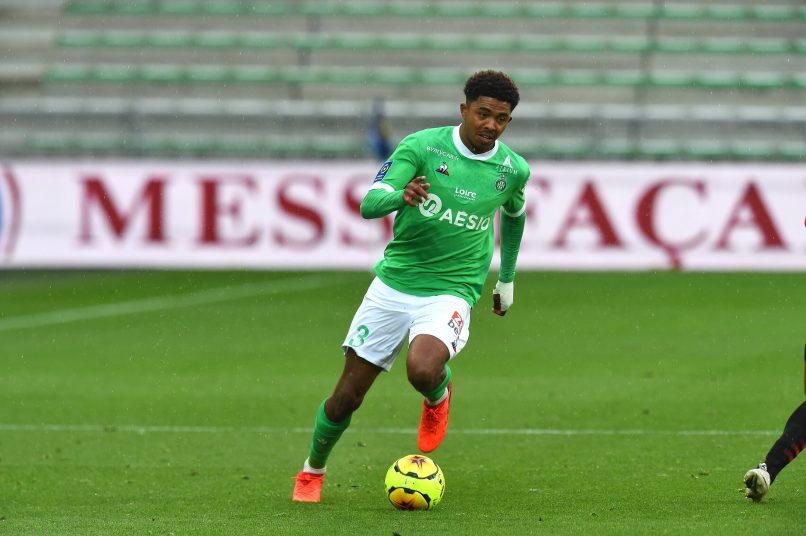 How did your first moments with Leicester City go?

Well, even if I was in the end not able to train with the squad yesterday. After the COVID test that I did in Frankfurt, I was due to do it again with other players. I was not able to, so I trained separately.

Yes, because it was what I wanted. Things were long and hard but it finished well. Now, I am ready to work. I didn’t do all this for nothing.

Were you worried that the transfer wouldn’t happen?

A little. The coach (Claude Puel) stayed very closed during our discussions. I held onto a little bit of hope even if I was telling myself that it wasn’t going to happen. I was disappointed but ready to do the season with St Étienne. And then, Monday afternoon, I learned that things were sorted when I left training.

Are you parting ways with Claude Puel on good terms?

I sent him a message after the move was made official to say to him that despite the final days not being the best between us, I will not forget that it is thanks to him that I am where I am today.

Did Puel respond to you?

Yes, saying that he wanted to keep me but that he accepted my decision. He is proud of me. It is fantastic. I am not leaving annoyed with the coach. The club had needs and I am leaving whilst providing them with a lot of money. Everyone is happy. I did not want to leave in a battle situation against the club that made me. It gave me everything since I have been 14. I know that I can call him if I need to. And vice versa.

There were a lot of others. Whilst they are maybe not the biggest club, they are a great club where I can play, improve more and 100% enjoy myself. They showed me that they would do everything for me to come. Speaking to the manager Brendan Rodgers and Kolo Touré, his assistant, counted a lot in my decision. I was welcomed in the best of ways. I am sure that I have made the right decision.

You have also just been called up for the France U21s for the first time.

It was something that I was waiting for, but without getting too full of myself. The coach did not want me to be selected the time before, because of my knee. I spoke about it with him. I was disappointed but I understand. Now, I am with the U21s, I have to work to stay there. The same with Leicester. The Premier League is of a very, very high level.

Do you feel ready to start for the Foxes on Sunday against West Ham?

I was spoken to a bit about it today (yesterday). They know at the club that I am ready. My knee tendon, I am dealing with it. It does not bother me much.

The situation that William Saliba is facing, barred by competition at Arsenal, does that not worry you?

No, because we are very close. I call him before each match and if he says to me that he is not playing, I do not watch. He was injured a lot last season and the coach in place at Arsenal (Mikel Arteta) is not the one who signed him. I say to myself that this could happen to me. “Wil” is a super player. He will overcome this. We know that we are capable of succeeding in the Premier League.