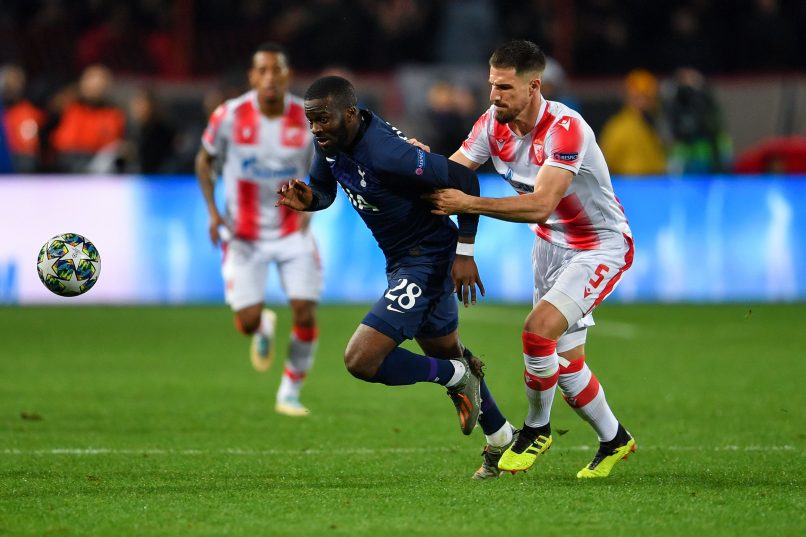 Tanguy Ndombele’s debut season at Tottenham Hotspur has not been a success. The former Lyon midfielder has struggled with form and fitness in north London, and has a manager in Jose Mourinho who doesn’t believe in him. Despite being Tottenham Hotspur’s record transfer signing at £54m, Ndombele has been under constant criticism from fans, the media, and his coach. Spurs are fighting for Champions League qualification for next season and sit seven points behind fourth-placed Chelsea. Ndombele will hope to be a part of the club’s fight for European qualification and supporters can use the  registration code when the Premier League returns to wager on Spurs’ upcoming fixtures.

Ndombele arrived at Tottenham Hotspur with a lot of expectations. So far, those expectations have not been met and Ndombele hasn’t looked remotely close to reaching them.

Since the day Ndombele arrived at Tottenham Hotspur, he has had his £54m transfer price tag hanging around his neck. Ndombele looked like an astute signing from Lyon in the opening weeks of the Premier League season. He scored on his debut against Aston Villa and followed it up a week later with an assist in a 2-2 draw with Manchester City. If Spurs hope to make Europe next season, they will have to do well against Manchester City and other rivals when the Premier League returns. Fans can use the lottery promo codes to wager on Tottenham Hotspur when they return to the pitch this campaign.

After a bright start, however, the wheels came off for Ndombele. He suffered a hamstring injury in late August and since then, has completed 90 minutes just once in the Premier League. His fitness has been poor with Mourinho calling him out more than once for being injured.

A player ready to move on

It isn’t hard to say that the ex-Lyon man has looked indifferent on the pitch for Spurs. He has been called out for being slow and loafing during important matches. His relationship with Mourinho is in tatters with no sign of improving. Moreover, Ndombele has shown no apparent desire to fight for his place in the team.

Spurs could have a way out as Barcelona have suddenly emerged as a destination for Ndombele. Reports emerged that the Blaugrana will swap a clutch of first-team players to acquire the midfielder. Barcelona have no money to purchase Ndombele due to having millions of pounds tied up in Lionel Messi’s contract.

Tottenham Hotspur could make out well by allowing Ndombele to move on. Signing two to three players to improve the squad for one transfer bust would help Mourinho greatly in his attempts to get Spurs back to the level they were under Mauricio Pochettino.

If Barcelona are as interested as the reports suggest, then it means Ndombele’s reputation as a player has not been negatively affected by Mourinho and Tottenham. What is evident is that Ndombele is not going to be the player he was at Lyon under Mourinho’s leadership. A move to Camp Nou could change his fortunes and return the midfielder to the meteoric path he was once on.