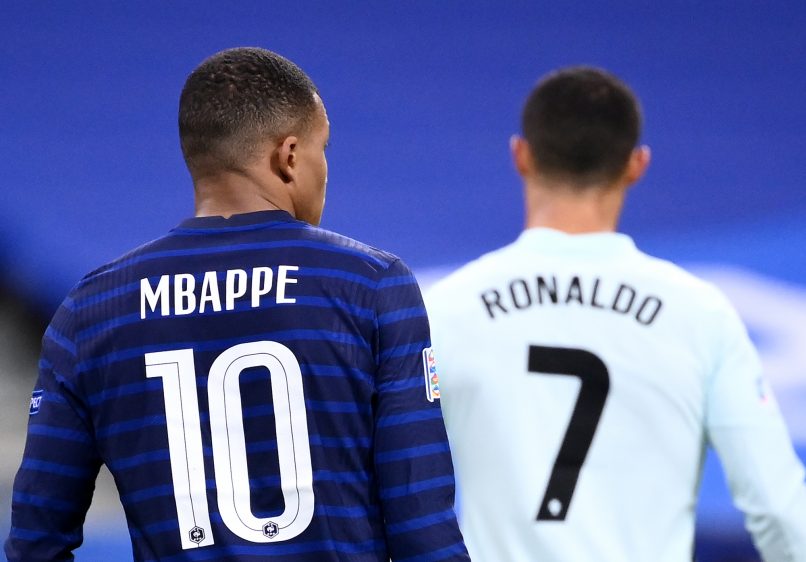 France’s draw against Portugal in this week’s UEFA Nations League match was a preview of the formation and lineup Deschamps will likely move forward with, but hardly emblematic of what we have come to expect from Les Bleus. So, where are we, where are we going, and what does that mean for the Euros?

Deschamps is looking at both the 4-3-1-2 and 3-5-2. This makes absolute sense tin that he wants to highlight his wingbacks and the counter attack that we have come to know and love France for, but that is not what we saw on Sunday against Portugal. Portugal was excellent defensively. Portugal were able to smother France’s counter attack and largely successfully refused to let attacks through their lines. However, France did themselves no favours. With the likes of Kylian Mbappé, Kingsley Coman, and Anthony Martial you expect speed and pace to be complemented by the wide runs of Lucas Hernandez and Benjamin Pavard. Those runs never came Sunday. France were not able to transition quickly enough to get their speedsters the ball in space, which allowed Portugal’s defence time to regroup and eliminate the threat.

Who’s to blame? Well, during the first half I would point to Antoine Griezmann and Paul Pogba. Pogba in the first half showed no pace moving forward and could not find linking passes with his fellow midfielders. Pogba did find his feet in the second half with a few good runs, but overall it was a rough showing for the returning champion. Griezmann was especially disappointing. As the false nine, Griezmann is the focal point of the attack. Yet, I cannot recall one move where France’s number 7 created anything meaningful to start the attack. Griezmann seems to be struggling with confidence. In the past we saw Griezmann using his quick decision-making and skill to make up for his speed and size. That has largely disappeared as of late for club and country.

The issue with Pavard and Hernandez not getting forward may go down to selection. Rabiot, though a bright spot against Portugal was either out of position, or dropping back to fill in for N’Golo Kanté who has a natural inkling to roam as the elite box-to-box midfielder that he is. With this type of formation it is important to have a Sergio Busquets type of anchor man to not only relieve the pressure, but switch the play to the “open” players. The unstructured roles of the players in the midfield created little interchange moving the ball forward and seemed to create some confusion amongst the players. Though young, Camavinga has shown the ability to be flexible and make good decisions in distribution. It may be worth trying to drop Pogba to the deep lying midfielder role to insert Camavinga next to Kanté. This would allow Kanté to roam and inject a bit of life into the midfield not to mention service to Hernandez and Pavard.

The defence on the other hand was on full display. Presnel Kimpembe has grown into an elite player in his respective position and in my opinion is now the credible heir to Samuel Umtiti for the left-sided central defensive starting berth. The central defender duo was clinical and strong. Others may not have seen the beauty in the nill-nil finish, but it was to my heart’s content watching defence be the highlight of the match.

France have had the same issue for a few years now, too many players to choose from. In the past Deschamps has been the man for the job because he has made the tough decisions and put together the best squad, rather than picking the best players.  If the issue is complacency triggered by “too much success” as some have pointed to, adding a couple hungry youngsters may push the veterans in the right direction. Tactically, France are best in transition. The name of the game is to succeed defensively, win the ball, score in transition with width and speed. The midfield is key. I trust that Deschamps will get the job done and you can appreciate his faith in his players to return to form. Let us hope they repay the man in charge on the field.