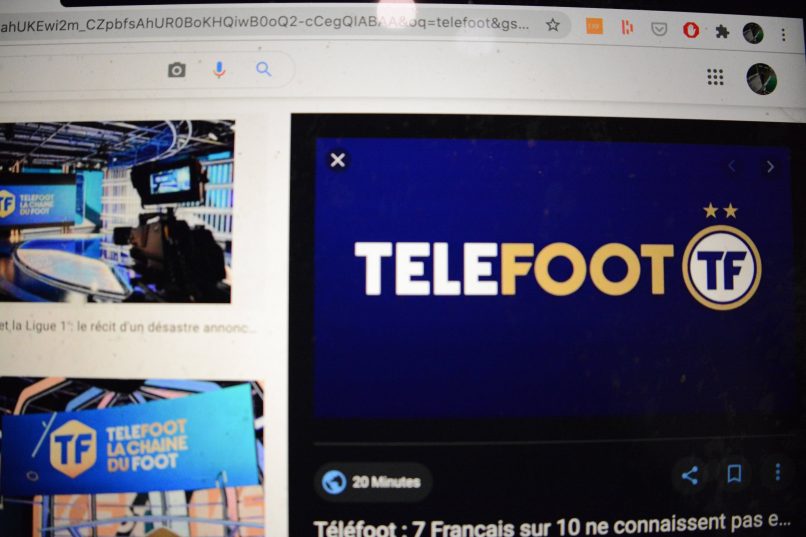 A farce that has been brewing all year, a farce that French football could have avoided – just 4 months on from the “glorious” beginning of Téléfoot Chaine, the new principal domestic rights holder of Ligue 1 and Ligue 2 action, its employees were told on Tuesday afternoon that the entire station is facing the possibility of being shut down in the immediate future, with one source telling Get French Football News that they are not even sure that they will be broadcasting the bumper clash between PSG and Lyon on Sunday night.

This situation has transpired as a result of the station’s parent company, Mediapro, refusing to make payments that they are obliged to make, to the LFP, the professional French league body, for October and December, citing publicly that they wanted a COVID-19 discount on the amount of money they agreed to pay for domestic rights for the 2020/21 campaign. Mediapro were supposed to pay the LFP €830m this season alone, approximately €3.3bn over a 4-year contract.

This has led to the LFP taking Mediapro to court in the Tribunal of Commerce in Nanterre, with the presiding mediator assigned the case due to deliver his judgment on Thursday.

The final decision about the fate of Téléfoot Chaine lies in the hands of the board members of its parent company, Mediapro, headquartered in Barcelona.

Téléfoot Chaine employees were told this afternoon that there are two options in the short-term – either the channel remains in existence but has less rights, losing notably the Sunday night game, always the most high-profile affair on a Ligue 1 weekend, or the channel ceases to exist altogether.

“We were told that this possibility existed and that it was not possible to hide it,” said a journalist present at the meeting to L’Équipe.

Employees were briefed by Jean-Michel Roussier, responsible for the running the station, after several journalists working for the channel were told by Ligue 1 presidents via text messages that their channel would no longer be covering the league in the very near future.

These presidents have recently had a telephone meeting with Vincent Labrune, the president of the LFP, and Marc Sénéchal, the mediator appointed by the commercial court of Nanterre, who do not believe that Mediapro are capable of honouring their contract and thus are looking for an alternative broadcaster.

A current Téléfoot Chaine journalist summed the situation up:

“Some have gone as far as to say that we will not be airing PSG vs Lyon (on Sunday), how crazy!”

The LFP could be left with no money and no way for French football fans to watch the league – Reims President Caillot confirmed that clubs will face bankruptcy if in January and February the situation has not ameliorated.

At the moment, the LFP and its clubs are surviving with a series of government-backed bank loans, having taken out two this year, one following the COVID-19 crisis resulting in the truncated 2019/20 season, and then the second in October when the first Mediapro payment was not made. A decision has not yet been made on how the LFP and its clubs will survive without the December payment.

The government has made it clear that it will not bail French football out, with the Minister of Education and Sports, Jean-Michel Blanquer, saying the following on Tuesday:

“We do not intend to cover reckless risks in this Mediapro affair. There are things that have happened that are not good, risks taken by private actors, excessive risks, and this must be highlighted because it must never happen again. You cannot in business take risks of this type and then call the state like a firefighter with public money to somehow cover the risks… Aside form that, of course, as Minister of Sports, I am very attentive to the life of the clubs.”

Canal Plus, who had been French football’s intended knight in shining armour, is in active negotiations about replacing Mediapro’s domestic rights deal, but they intend to offer a sum that would see the existing €1.15bn a year contract be chopped down to around €700m, which would actually work as less than the previous broadcasting contract, which they had a greater share of than in the new 2020-24 broadcasting rights cycle which Mediapro lead.

When contacted by Get French Football News on Tuesday evening, a spokesperson for Téléfoot Chaine declined to comment when asked if the channel was going to be able to show PSG vs Lyon on Sunday.