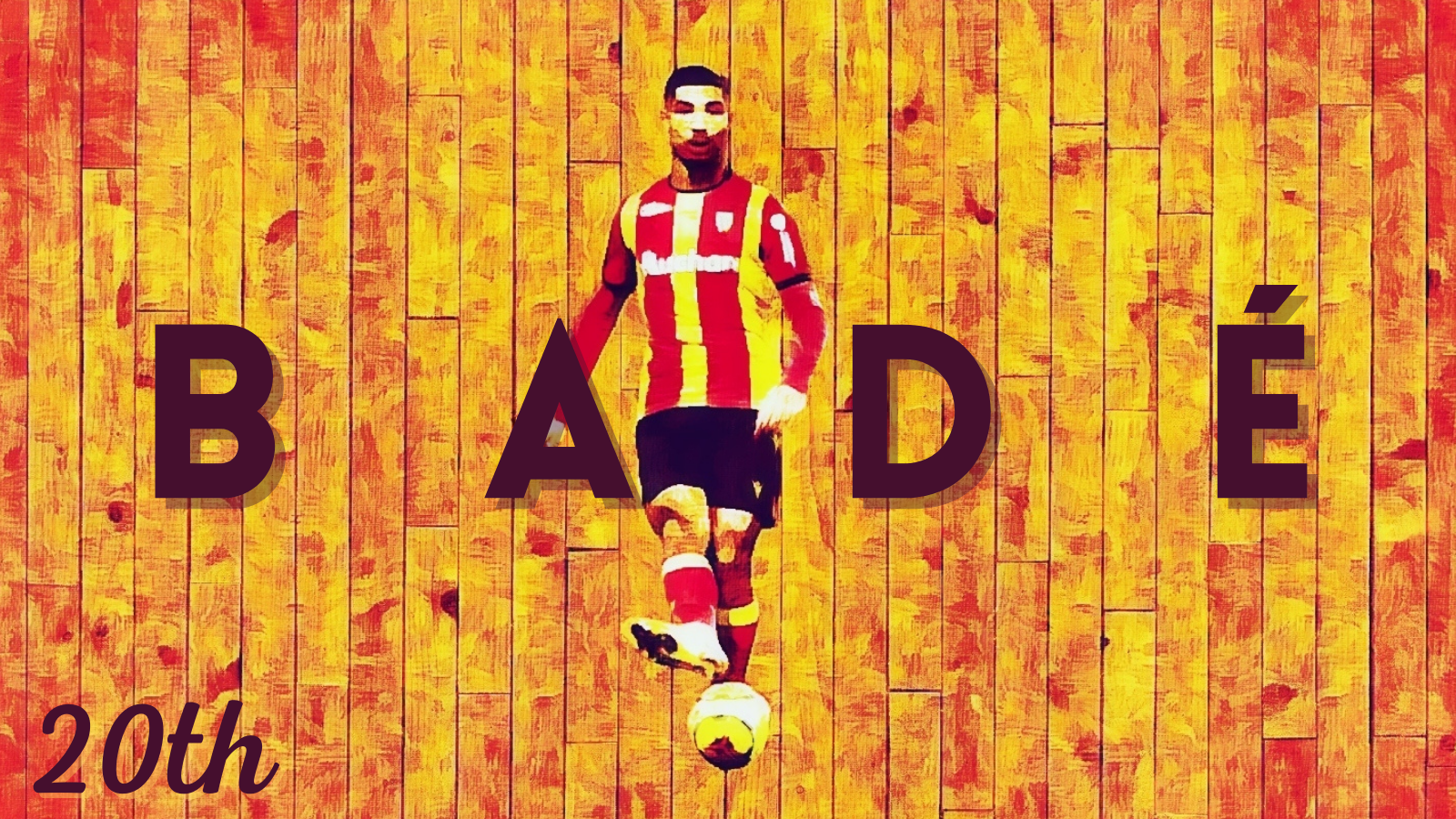 This is the first in our series looking at the 20 hottest properties in Ligue 1; those players to keep an eye on, who are most likely to feature heavily in the 2022 summer transfer window. Look out for number 19 tomorrow and follow the run down in full here on GFFN.

Over the last few years, France has seen a bountiful supply of talented young centre-backs emerge. Whilst many have ventured overseas to seek further opportunities, one player, for now at least, has elected to remain in Ligue 1.

21-year-old defender Loïc Badé has seen his stock rise sharply since breaking through at Le Havre back at the beginning of 2020. In less than two years, Badé has gone from a Ligue 2 prospect, to a breakout season with Lens in Ligue 1 and on to an eight figure move to Rennes, whilst simultaneously being linked with some of European football’s powerhouses. But what kind of player is he, could he make that big move and what does the future hold for him?

Born in the Paris suburbs, Badé grew up playing for local sides, including now Ligue 2 Paris FC, before joining Le Havre’s academy in 2016 and was initially deployed as a defensive midfielder. However, with his coach at Paris, Mathieu Lacan, claiming him to be a “defender who likes to take risks”, Badé eventually dropped back into central defence. Having seen many top class players emerge from their academy, the Normandy club know what they are doing when it comes to nurturing young talents.

Having risen through the youth teams, Badé eventually made his senior debut in January 2020. Immediately he looked at home in the Le Havre defence and, in his seven games before the pandemic brought the season to an early finish, Badé and his defence managed to keep three clean sheets, conceding only five goals in the process.

Despite not reaching double figures in appearances, Badé, who was out of contract in July 2020, was snapped up by newly promoted Ligue 1 side Lens. His new coach, Franck Haise praised him as a player “with great potential” and one who “can defend strongly and uses the ball well out of defence”. Badé slotted seamlessly into the back three system used by Haise, one often used at Le Havre too. It was in this three man defence that Badé was able to demonstrate his standout qualities.

His strength, reading of the game, pace and comfort on the ball all helped underline that great potential. Haise also praised his attitude and the fact that, even at a young age, he was unafraid to take responsibility in defence. Team mate Ignatius Ganago added that “when you see him on the pitch, he’s so confident and assured, you’d think he’s 26 or 27.”

An excellent debut top flight season, which included comparisons with Raphaël Varane – who also emerged at Lens, helped the northern club to an impressive seventh place finish in the league. It also saw interest in the player increase significantly. Liverpool, Leeds, Newcastle, Leicester, Brighton, Arsenal and AC Milan, were just some of the clubs to closely monitor Badé. Surprisingly to some, however, it was Rennes who came out on top in the battle for his signature with Badé joining for a not insignificant fee of €20m.

Speaking after completing the move, Badé confirmed the interest of other clubs but stated that conversations with Rennes’ sporting director Florian Maurice and coach Bruno Génésio helped convince him of the move. Badé noted that the club regularly played in Europe and that he wanted to “experience something bigger and play against bigger teams”. It was this, together with the project put to him by Maurice, which convinced Badé to sign. Maurice described Badé as already having “the profile of a modern central defender – athletic, dynamic, strong in the air and able to read the game. He is a young player who had a very good season with Lens. I have known him for some time and we are extremely satisfied to have him at the club”.

With Rennes deploying a back four, Badé has had to adapt quickly to playing in a central defensive duo instead of a trio. This perhaps has exposed areas of his game that still need work. Indulging in his love for taking the ball forward, but only having one partner to cover him, has resulted in costly lapses in concentration and the player too easily falling out of position, leaving space to be exploited.

In trying to recover possession, he can also be forced into committing card worthy tackles. That inexperience resulted in two yellow cards during the defeat to Angers in August. Communication is also an area for him to focus on as he looks to take on a more senior role. These attributes, however, are simple to work on and it’s easy to forget he only has around 50 senior games under his belt. Further experience will certainly go a long way.

As further recognition of his potential and performances to date, Badé was rewarded with a first call up to the French under 21 squad in August. Whilst Rennes have made an inconsistent start to the new season, and Badé has not been totally blameless – even occasionally dropping out of the side in recent games for his protection, he’s still a young and inexperienced player. With many new players to be integrated at Rennes, Badé, more than others, will be afforded the time to settle by Génésio, especially when considering this new formation.

However, with a large transfer fee to his name, most observers will be expecting Badé to at least hit the heights of last season. If he does that, irons out some wrinkles in his game and continues to develop as expected, then his name will be at the top of many a watchlist come next summer.

Nuno da Costa on his time at Nottingham Forest: “They replace players like objects.”