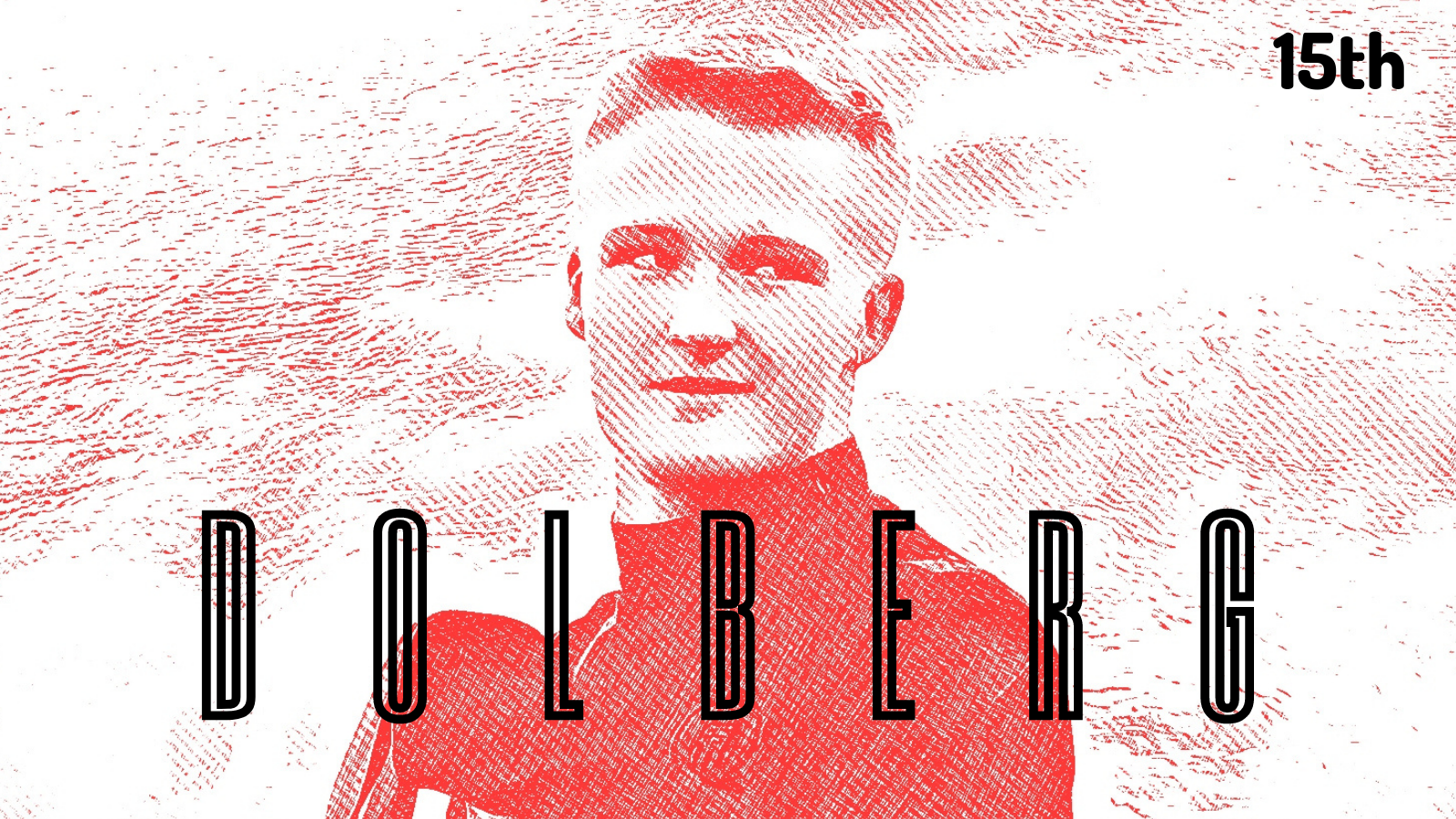 This feature is the latest in our series looking at the top 20 hottest properties in Ligue 1; those players to keep an eye on this season and who are most likely to feature heavily in the 2022 summer transfer window. Look out for number 14 tomorrow and follow the run down in full here on GFFN.

Kasper Dolberg is one of the more polarizing starlets of European football. At times, a well-oiled goal scoring playmaker or striker, Dolberg can too often fade into the peripheries.

At 24, however, the Danish striker still has the opportunity to fulfil his much heralded potential after a few rocky years in Ligue 1 with OGC Nice. Although his future may yet take flight outside of the French Riviera, with the Premier League a viable option, the Dane has flattered to deceive at times in Ligue 1 where his goal scoring returns had dried up after a strong rookie season in 2019/20, in which he was voted the club’s player of the season.

Dolberg only registered six Ligue 1 goals in the 2020/21 campaign, but a strong EURO 2020 has elevated his stock once more and put clubs across Europe on alert again. Crystal Palace were seen as a possible destination last summer, a move that would bring a link up with former Nice head coach Patrick Viera. Dolberg excelled under the Frenchman in his debut Ligue 1 campaign but any potential deal was scuppered with the deadline day arrival of Odsonne Édouard at Selhurst Park from Celtic.

Still, as Viera had identified, Dolberg’s movement, dynamism and pace would be well suited to the Premier League, particularly if his hot start to the new season at last becomes the norm. One could put his fluctuating stats down to the exuberance of youth, yet off-field incidents have further contributed to Dolberg’s up and down times in France. The Dane had his Porsche stolen and house robbed while away on international duty in September 2020. This robbery followed another incident involving former teammate, Lamine Diaby-Fadiga, who admitted to stealing the Dane’s luxury watch in September 2019.

Despite having only played two full seasons in France, by the end of the 2020/21 campaign Dolberg’s capacity for growth at Nice appeared to have reached a natural stasis. Managerial upheaval has not helped his case but a change of scenery could still do the former Ajax man a world of good. Nice will likely look to recoup close to the €20m they paid Ajax in 2019 for the player if they are indeed going to part with their man. However, upper management at the club have expressed reluctance to sell their prized assets.

With a much-revitalised Dolberg’s successful opening to the new season in mind, sporting director Julien Fournier had previously claimed the player was more than happy on the French Riviera, as reported by GFFN last year. “[Kasper] has absolutely no desire to leave. He feels good at Nice, where he has everything he needs to enjoy himself. We explained to him everything when he signed. We are no longer a club that serves as a springboard for clubs like Aston Villa or Fiorentina, no disrespect to those big clubs. We want to be that for the biggest clubs.”

Despite the strong backing of the club’s hierarchy, this statement came in a pre-pandemic era where star players were less expendable than they are now with finances tightened considerably across the league. However, Nice’s ownership group, under the guidance of British billionaire Jim Ratcliffe, has invested significantly into the infrastructure of the club. The arrival of last year’s title winning coach from Lille, Cristophe Galtier, being a notable statement of intent.

For now, the former Lille and Saint-Étienne coach will be counting on Dolberg to live up to his potential if the Frenchman is to come close to replicating his success of last season. Prospective suitors will also be assessing Dolberg to see if his EURO 2020 goals can be the springboard for the Dane to morph into the more prolific and consistent forward that has long been promised. His strikes against Wales and the Czech Republic in the summer propelled Denmark on their incredible run to the semi-finals of the tournament, where they eventually lost to runners-up England.

Dolberg has a contract until June 2024 and is still Nice’s record transfer, so the club will be looking for a significant return on their investment if they do part ways. If Crystal Palace are no longer viable candidates for a switch, another Premier League team suited to his style of play could be Brighton, with the club still looking for an intelligent playmaker to excel in Graham Potter’s possession based side. Still, Dolberg – not to mention Fournier – may see this as a fall from grace, even if the Seagulls are excelling in the Premier League this season.

Wherever he lands, Dolberg certainly has the ability to make the step up, as evidenced by a pair of audacious chested finishes earlier this season. The first, against Marseille – a game now expunged from the record after mass crowd trouble – saw the 23-year-old ghost in at the near post to apply the deftest of flicks with his chest and divert a cross into the far corner past Steve Mandanda.

The skill of the second somehow surpassed that of the first. Darting past his marker, Dolberg converted Melvin Bard’s cross with a spectacular diving chested finish to effectively win the game for Nice away at Nantes. Last season’s meek Dolberg, devoid of confidence, has been replaced by a bullish, positive striker enjoying some of his best form in France to date. A poacher’s brace in August’s 4-0 demolition of champions Lille further helped hint at lasting progress.

The Danish international’s next move should be to a side offering regular European football, something that Nice have not been able to provide during his time there so far. Although Galtier’s charges look set for European football next season, quite possibly via the Champions League, providing an extra hurdle for potential suitors. However, a strong 2020/21 is required for any move to occur, and Christophe Galtier will be hoping the Dane can continue to excel as part of his exciting young team. At the stage of his career, if Dolberg is to realise that sizable potential, another year fading to the peripheries won’t do.