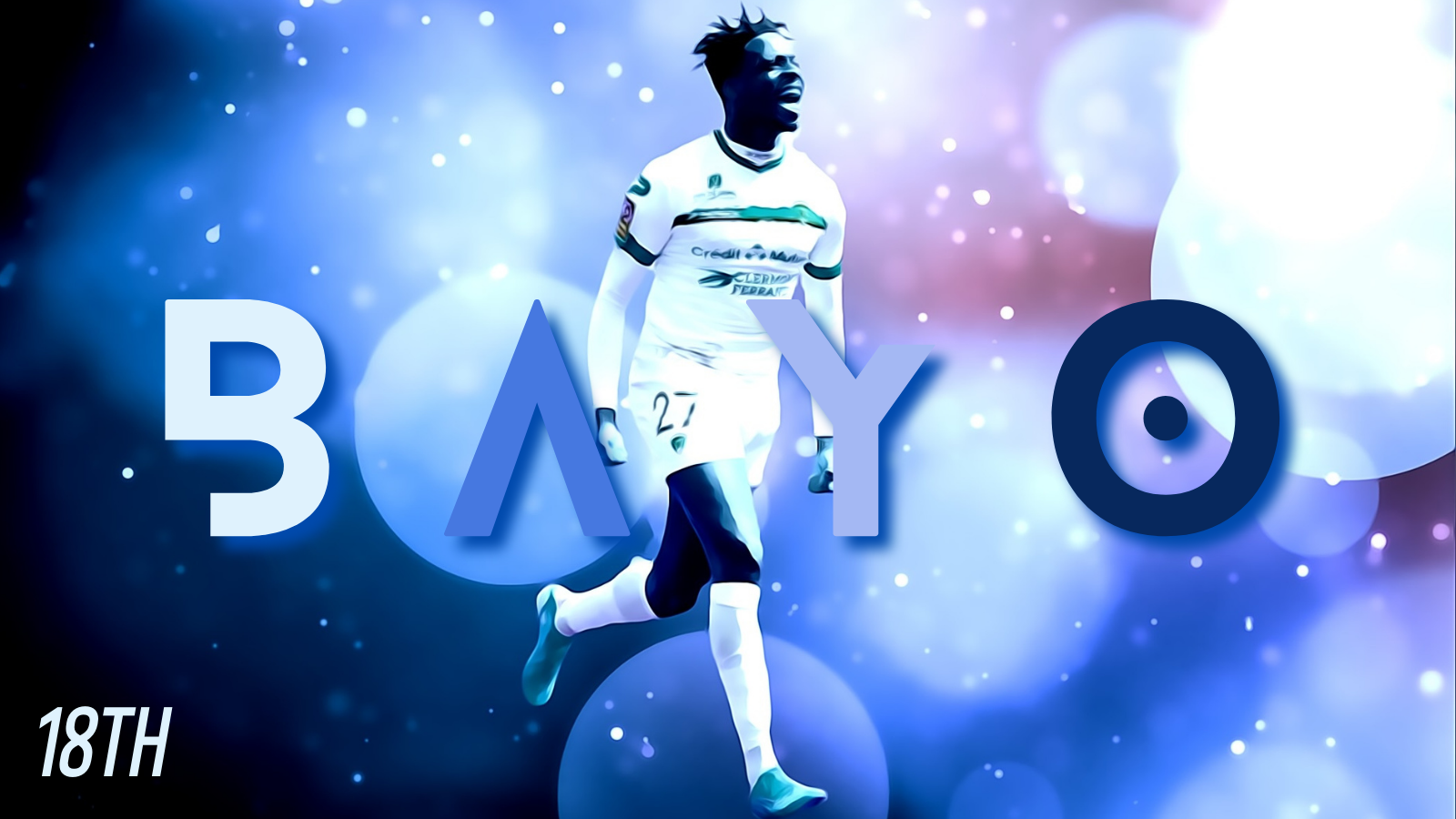 This is the latest in our series looking at the 20 hottest properties in Ligue 1; those players to keep an eye on and who are most likely to feature heavily in the 2022 summer transfer window. Look out for number 17 tomorrow and follow the run down in full here on GFFN.

Mohamed Bayo was central to Clermont’s promotion push last year and he has continued to make headlines in Ligue 1. Having grown up in the area, Bayo was living a Clermont fan’s dream last season as he fired 22 goals in 38 games to take Les Lanciers into the top flight of French football for the first time in the club’s 110 year history.

The now 23-year-old Bayo’s early Clermont career was mixed as he found himself regularly playing with the reserves, struggling to break into the first team. Searching for minutes and first team experience, he joined USL Dunkerque on loan. Having scored 16 times across 36 games for the third tier National 1 side in the 2018/19 and 2019/20 seasons, Bayo returned to his boyhood club for the 2020/21 campaign and finally made his mark by helping to achieve promotion, finishing as Ligue 2’s top scorer.

Clermont’s promotion campaign impressed throughout as Pascal Gastien led his side to a second place finish, claiming 72 points and the highest goal difference in the division in the process. Bayo was crucial. Not just as a goal scorer but also as a creator, adding seven assists to his 22 strikes. The total meant the Guinean international contributed to 47.5% of Clermont’s Ligue 2 goal last season – a magisterial contribution to the greatest season in Les Lanciers’ modern history.

The Clermont born striker has remains prolific in Ligue 1. Having totalled seven contributions so far – five goals and two assists in eight games – nine games into the season, only Kylian Mbappé, Amine Gouiri of Nice and Strasbourg’s Ludovic Ajorque have contributed to more goals. Bayo’s excellent domestic form in France has also seen him recently receive international recognition of late, making his international debut in March 2021 for Guinea against Mali in a 1-0 victory.

Having scored in a opening brace of 2-0 wins at the start of the campaign, Bayo drew interest from Bordeaux before the end of the transfer window. However, with the promoted side so reliant on the Guinean, Bayo stayed put and announced his intention to do so with a red pill or blue pill Matrix themed Twitter post at the end of August before signing a new deal until 2024. A €6m fee was discussed but Bordeaux were unable to raise sufficient funds through player sales.

The 23-year-old is supremely confident in his scoring ability which is shown in his shot-taking numbers. His 3.39 shots per 90 in Ligue 2 last season ranked him in the top three shot takers per 90 in the league and would have made him one of Ligue 1’s top four shot takers after taking a league high 116 shots in France’s second tier. Bayo’s shot numbers increased over his first four top flight starts at 4.1 shots per 90, a number only bettered by five players. His accuracy and clinical edge in front of goal cannot be understated, with 47.5% of his shots hitting the target last season while just under 19% of his shots found the back of the net.

Bayo’s creative contributions shouldn’t go unnoticed either, averaging 1.28 key passes a game across his first four games this season. Bringing others into the game is in the DNA of any modern striker and Bayo is no different. His first touch is somewhat unconventional but effective and he can be often seen receiving the ball and turning his man with what looks to be an awkward or heavy touch but somehow his close control allows him to escape and get his shot away or play in a teammate with technique reminiscent of a young Romelu Lukaku.

An unconventional forward, Bayo isn’t your natural number nine. With impressive aerial ability and a clinical edge, he could be classed as a traditional penalty box striker, but his ability on the ball, awkward but effective first touch and creative vision make Bayo a much more well-rounded player.

Despite that new contract and Clermont’s unwillingness to sell, Bayo will be highly sought after next summer should he maintain his form. Although the signing of Mbaye Niang from Rennes will complicate things, Bordeaux would be a good fit for Bayo. Les Girondins have been heavily reliant on Hwang Ui-Jo and another goal source is much needed with Bordeaux scoring the third least goals in the division last season. Looking abroad, Bayo could be a great fit for German football. His ability to play quickly and on the turn fits the style and tempo of many German clubs. If Wolfsburg were to lose Wout Weghorst, Bayo’s stature and playing style could make him an ideal replacement for the towering Dutchman.

West Ham have been linked of late too while clubs lower down the Premier League table will also be looking for a reliable goal scorer who can keep them up next summer and Bayo’s style would suit teams like Brentford or Southampton. A continued run of stellar form from Bayo in Ligue 1 this season will undoubtedly see the Guinean international edge onto many more clubs’ radars in the near future. The local lad is unlikely to remain local for much longer.