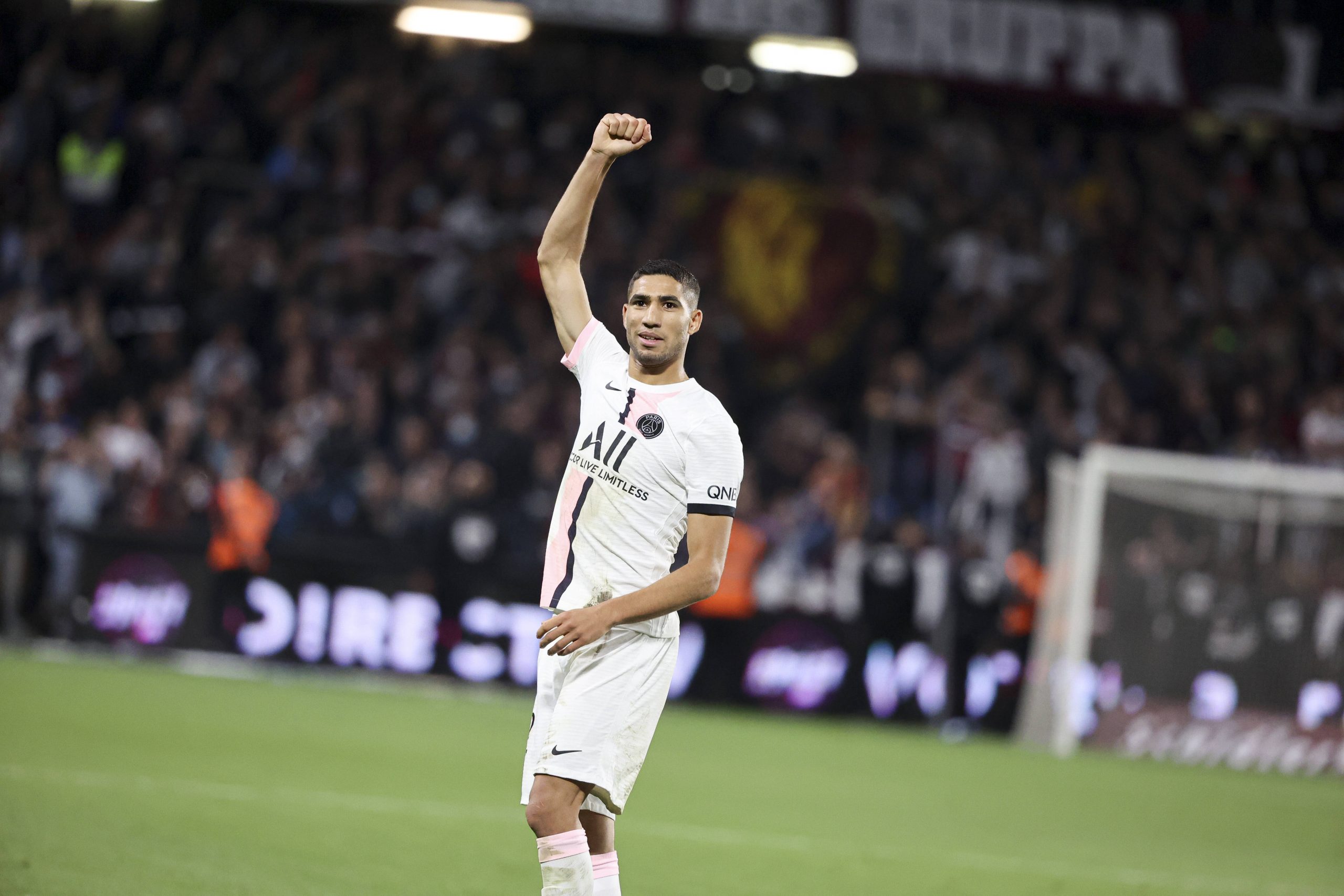 In an interview with L’Équipe‘s magazine edition, Paris Saint-Germain right-back Achraf Hakimi discussed his reasons for joining Les Parisiens over Chelsea this summer, as well as his conversation with manager Mauricio Pochettino before signing.

The Morocco international also reflected on being named the best right-back in the world by some, before recounting the day he was first called up to the Real Madrid first team by Zinédine Zidane.

It makes me proud and happy, it makes me want to keep working to improve, to reach the top and make sure that people keep saying good things about me.

On whether he actually is

No, I don’t know [laughs]. Let’s say that I’m working hard to be as good as possible.

It’s one of them. I was with some friends, sat on a bench in front of my house chatting, when suddenly the phone rings, and it’s Zidane! He tells me I’m going to play, even though I wasn’t expecting it. There’s been many more moments since – the day I lifted the Champions League, the Serie A title win, my first international call-up, and the 2018 World Cup even though I was very young and Morocco hadn’t been in one for 20 years.

And now to have signed here with all these great players – so many dreams accomplished! When I was playing as a kid in the neighbourhood, I would have never imagined it. Especially as, like you say, this is just the start, I’ve still got a lot to give.

On picking PSG over Chelsea

When I received these two offers, I had an intuition that I had to go to Paris, that I would be happy there. PSG is a great club and I appreciated how people liked me and wanted me here. I was lucky to see my arrival accompanied by some big transfers. I’m already sure that I haven’t made a mistake, I’m feeling good, we have a dream team and I’m proud to be a part of it.

On what Mauricio Pochettino told him before signing

That he liked my style of play and that I would learn a lot with him. We got along well during that conversation. He’s a manager I like – he likes to dominate matches with possession and play very offensively. A few years ago, he wanted me at Tottenham. He has a style of management and play which could help me progress. I needed a coach who could have faith in me and give me the freedom to attack.