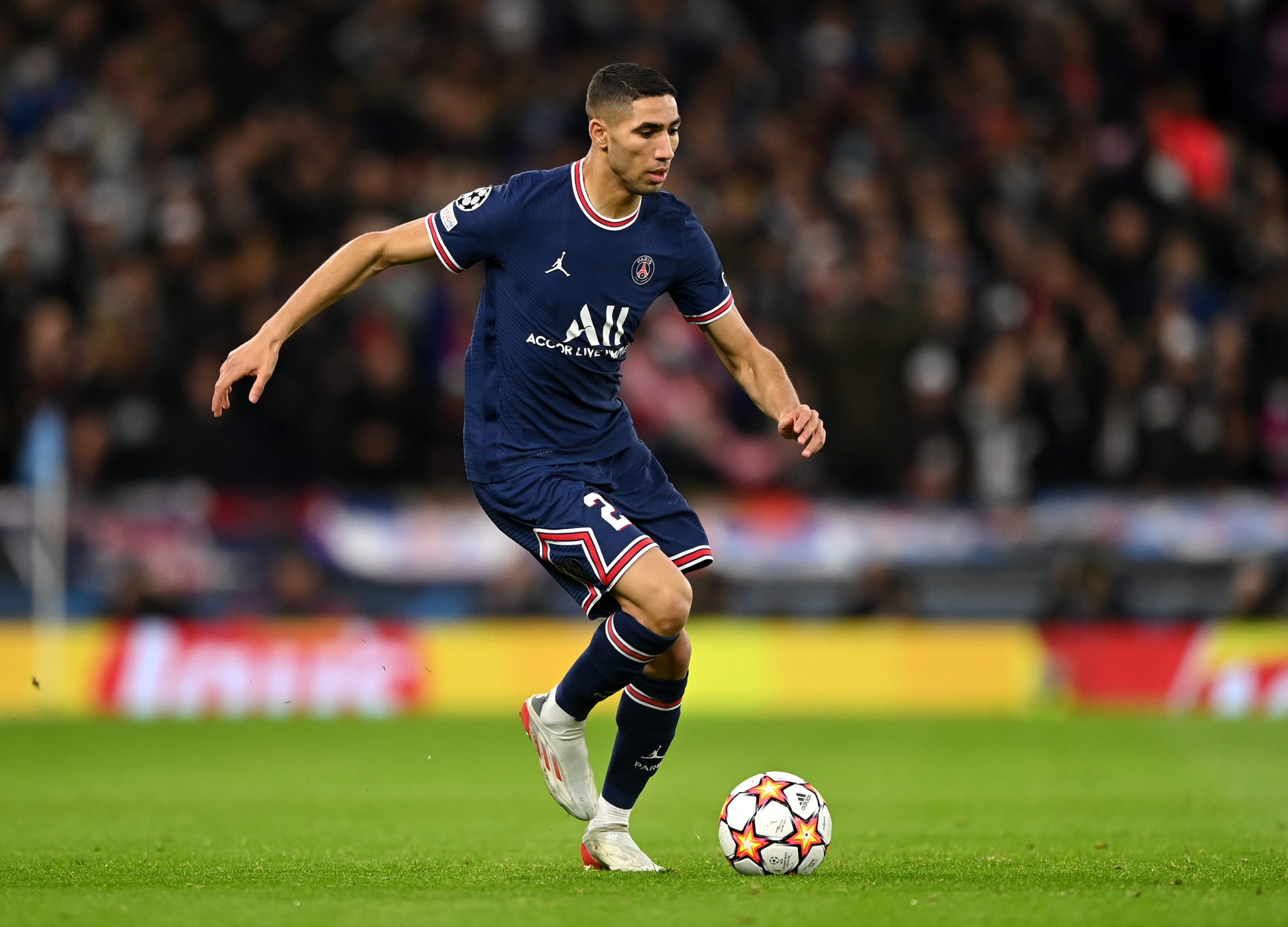 In an analysis of Paris Saint-Germain right-back Achraf Hakimi’s drop in form of late, L’Équipe report that the Moroccan has privately commented on the team’s lack of defensive compactness.

Having initially hit the ground running after his move from Inter, the 23-year-old has seen something of a drop-off in recent weeks. One of the reasons for this could be an unfamiliar four-man defense that the former Real Madrid man now finds himself in.

Hakimi, who is used to well-defined structures such as those of Borussia Dortmund or Inter, now finds himself in a defensive with less reference points. For instance, following his sending off against Marseille in October, the defender commented on the lack of defensive compactness and the way defenders were left exposed.

As a result of his switch from a wing-back in a 3-5-2 to a more traditional right-back position, he now has less cover and is less efficient in his dribbles going forward.