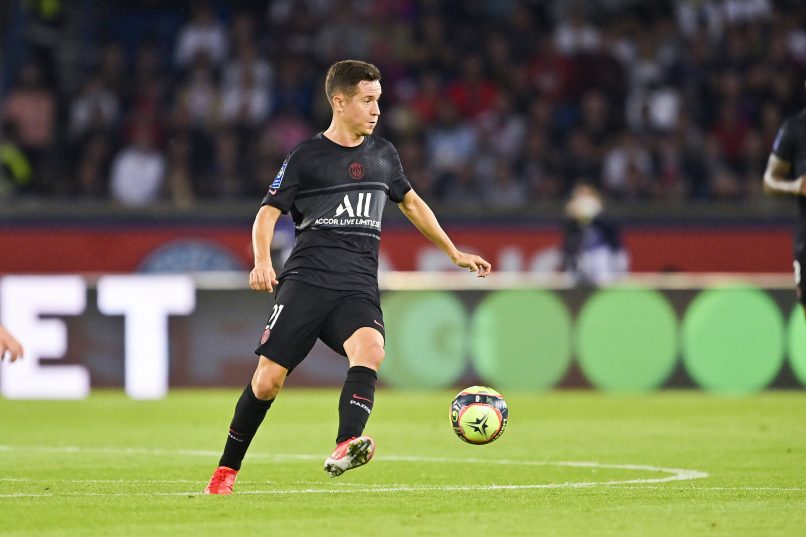 In an interview broadcast on Téléfoot this Sunday before the match against Rennes, Paris Saint-Germain midfielder Ander Herrera notably discussed the club’s Champions League ambitions following a statement win over Manchester City.

The Spanish midfielder went on to speak more generally about the club’s perception in France, as well as the relationship between the trio of star forwards the team now has.

“It’s impossible to control Messi over 90 minutes, as soon as he has an opportunity he kills you. We knew before the game that we’d have chances, because we’re a strong team.”

“I saw Messi score lots of goals over the course of his career with Barcelona. And it was a bit… different to see him score for us. But I was very pleased because I like Leo’s mentality. There’s no selfishness.”

“It makes sense that everyone thinks PSG will fight for the Champions League, but it’s not right to give us the obligation to win it. We are dreaming of it – but in the squad, we won’t drive ourselves crazy.”

“Ever since my first day, I’ve noticed a special relationship between Neymar and Mbappé. And since Messi’s arrival, you can see that he’s had a special connection with them.”

“We can’t control what happens outside the club, the criticisms, because speaking about us is free. But I think that’s good for us. I really like that everyone is against us. Are we motivated by the criticism? I think so. I think that Leo, Ney, Kylian all like that. So I am very optimistic.”