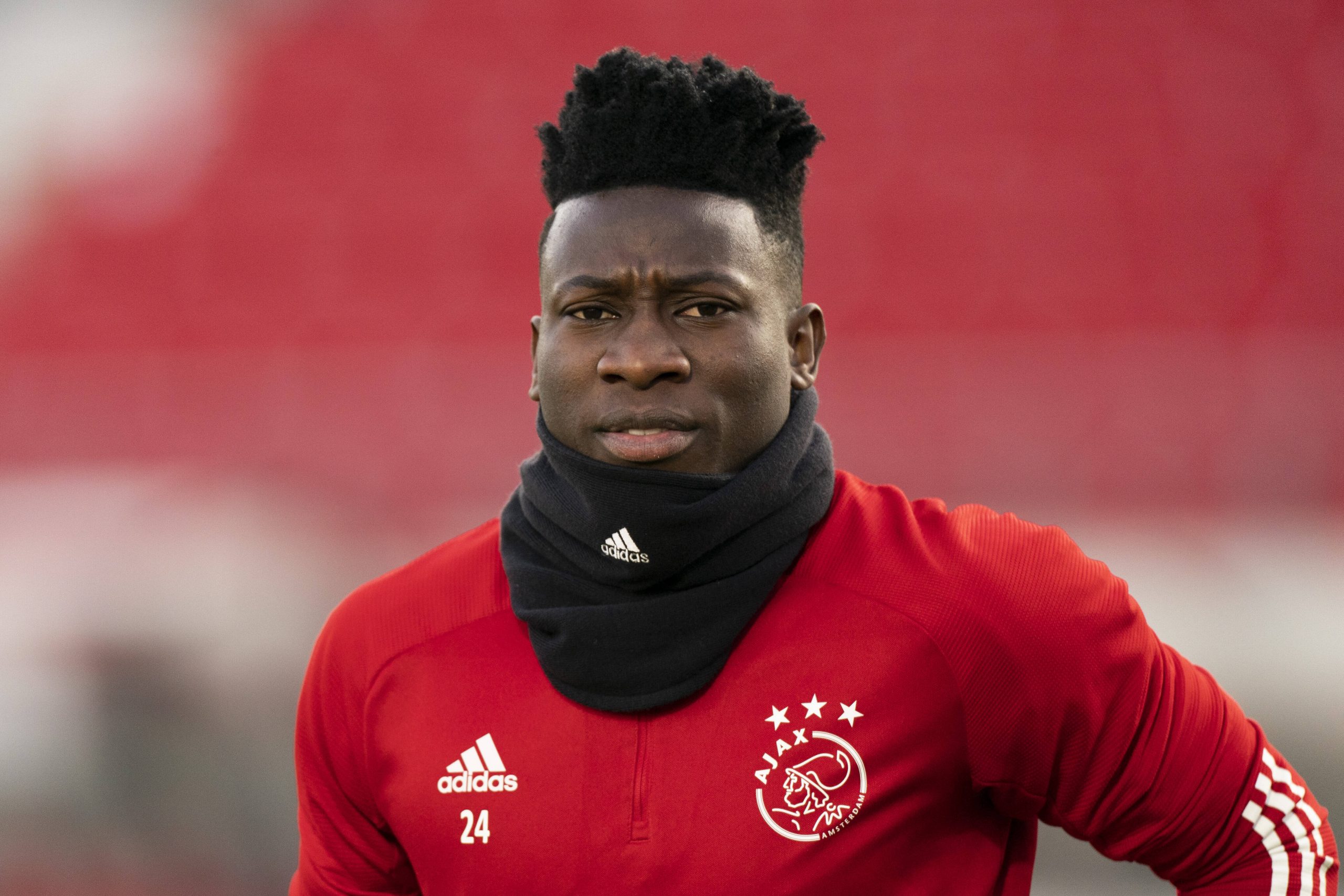 Dutch outlet NOS has spoken with Cameroonian international goalkeeper André Onana’s agent who has confirmed an agreement in principle between his client and Ligue 1 side Lyon over a possible summer move. Now OL have to find an agreement with Ajax.

OL have convinced the 25-year-old to make the move on a 5-year contract until 2026, according to L’Équipe. Talks are now on between Ajax Director of Football Marc Overmars and Lyon Director of Football Vincent Ponsot to agree a fee. The Dutch side are seeking more than €10m for a player who can’t play competitively until November because of a doping ban and is available to sign a pre-contract for a free transfer from January.

OL are offering €5m, and are hoping to close a deal at around €6m plus certain bonuses linked to Champions’ League qualification.

Onana wants to return under the orders of Peter Bosz, but Inter Milan and Arsenal are still interested and if those two clubs come in with considerably stronger bids to Ajax, it may be hard for Lyon to compete.

Villarreal have bid accepted by Reims for Boulaye Dia