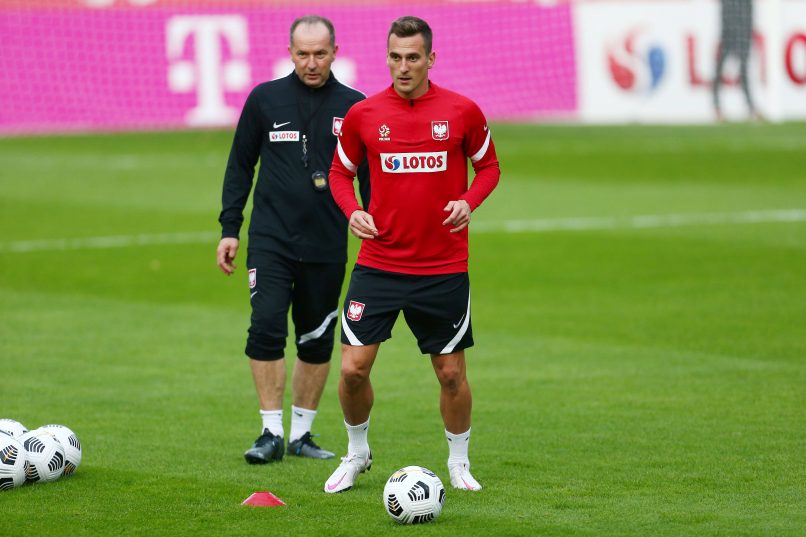 L’Équipe report that Polish international attacker Arkadiusz Milik is set to leave Ligue 1 side Marseille this summer, just 6 months after joining the club from Napoli.

OM’s January window was concluded in confusion, with the arrival of Olivier Ntcham which triggered the departure of manager André Villas-Boas. This deal, seen as a major coup for now club president Pablo Longoria, was achieved because Milik had been excluded from matches with the Italians, his contract with Napoli was expiring in June 2021, whilst the Polish international was refusing all bids that the Serie A club had accepted from other sides.

His decision was forced after it was made clear to him that he would not feature for Poland at EURO 2021 without playing time. The deal Longoria struck with Napoli was unique – the Italians wanted €10m initially, but OM did not have that cash. So Napoli extended the player’s contract by 12 months, until June 2022, and loaned him to OM for 18 months, with an €8m option to buy plus bonuses rising to €10m. However, the deal included one clause less spoken about: the deal between the parties also provides for the following: OM are forced to sell the player immediately if they receive an offer of €12m.

The Pole never hid that he was not long for OM and told L’Équipe again last month: “I want to play in the best clubs in the world.” In his mind, Marseille is a stopover rather than a destination. And Juve? They remain on the lookout, and Napoli knows that well: for a long time, Aurelio De Laurentiis wanted Serie A clubs to be excluded from this possibility of signing the player for €12m this summer, which did drag the negotiations – it is unclear who got their way on this clause in terms of who OM can sell to.

To summarise, Napoli are going to receive €10m for the player, OM got a top striker for 6 months for a nominal fee, because they will likely pay the clause at €10m, have covered his salary of €1.5m for 6 months, but will be forced to sell at €12m.