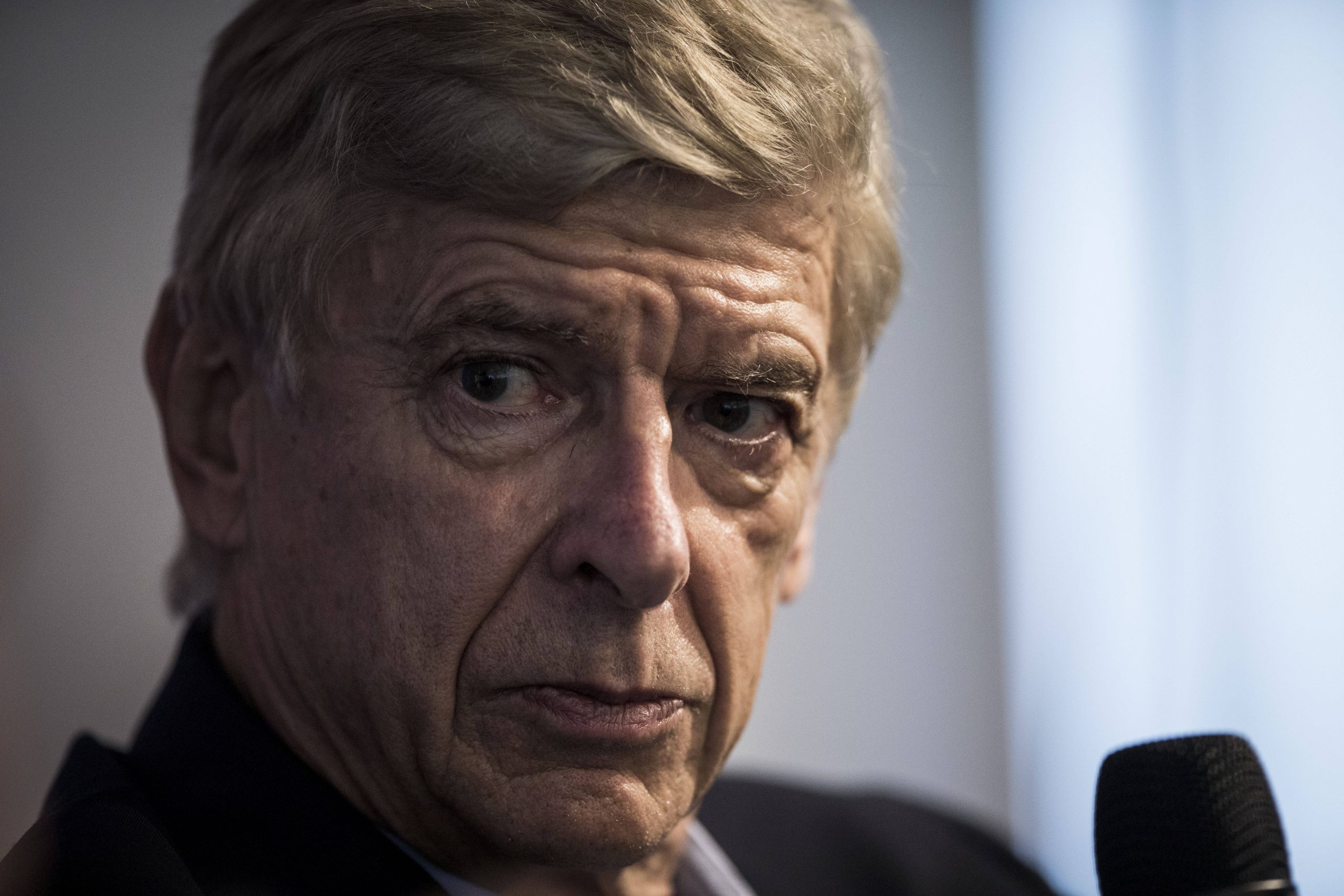 In an in-depth interview in today’s L’Équipe, FIFA’s Chief of Global Football Development and former Arsenal manager Arsène Wenger detailed his plans to host a World Cup every two years.

The format proposed by the Frenchman would also see continental tournaments take place every two years, alternating every year with the World Cup, while qualifiers would be grouped together into either one or two longer international breaks.

What are the reasons behind this thinking?

The goal is to keep improving the quality of football by increasing the frequency of competitions, alongside an improvement to the laws of the game. The international calendar will remain stable until 2024, since it’s already set. But after 2024, there’s a chance to change it. I would like to increase the frequency of competition, in a way that’s led by simplicity, a clear calendar, and a desire to only organise competitions that have a real meaning to them, which are those which allow an improvement in the level of football.

So the big idea is a World Cup every two years?

The big idea to start with is hold all qualifying matches over two international breaks, in October and March, for a greater visibility in the calendar, to make it simpler for clubs and for there to be less issues to resolve for national teams. The idea is to reduce the number of qualifying matches, to group them together, and then at the end of the season to have a World Cup and a championship for each confederation every two years. In between these two qualifying windows, the player would stay at their club all year.

Not at all. There will be the same number of matches as before, and players will go on international duty less often. The idea is really to improve the level of play and competitions, there’s no financial incentive behind it, especially as FIFA redistributes the money to all of the federations around the world to develop football in their countries. For the players, there won’t be more matches, and there will be a compulsory rest time after international competitions – 25 days at least, as I see it.

Would Arsène Wenger the Arsenal manager have accepted such a plan?

If in exchange, I would have been able to have my players available for the whole year, I would have thought about it. I understand the reservations, but I have to underline that 166 countries have asked that we study this possibility. I think it’s doable, as well as we obtain that clarity and simplicity in organising it. There needs to be less diversity in the calendar between when clubs play and when national teams play, which for example would reduce the amount of transcontinental travel for players. What we’ve seen in studies on recovery is that player fatigue is impacted by travel and sudden changes in climate.

What does grouping together the qualifiers mean?

It means that instead of ten qualifiers, there would be six, for example in four-team groups. Nowadays, for the Euros 24 out of 55 teams qualify, close to half, while friendly matches are less and less important for audiences and qualifiers attract less interest than they did 15-20 years ago. What people want are competitions with high stakes, that are easy to understand. That’s why it must be done, for audiences and to improve football.

You would have to convince fans to give up on club football for a long period in October, won’t people get bored?

It would be a time completely dedicated to qualifiers and to national teams, which would create a tension which doesn’t exist today. I think it’s an interesting idea. I’ve been working on it for six months now, consulting on it, and the reception has been 100% favourable. It’s a well thought-out overhaul, but then I’m not the one who will be voting on it.

Would you be worried for the future of international football and its calendar without this reform?

I’m not worried about the future of big tournaments. But there’s everything else, and it’s important that international football survives, because that’s the football that brings together every country. We have to keep this communion alive at all costs. We shouldn’t introduce new competitions, but rather focus on the big ones which have meaning. It’s true that you can oppose it to this almost ancestral four-year rhythm. I completely understand it because I myself grew up in it, but we have to recognise that society demands more and more high-stakes and high-emotion matches, and more often. Even the Euros, which took place two months ago, seem far behind to us now.

I don’t think the footballing world wants qualifiers to last a year and a half anymore. We can just as well concentrate them over four-five weeks. In the end, the idea we have would only really come into play from 2028, since the 2026 World Cup has already been set. This means that seven years will have passed, during which mentalities will have continued to change in this direction. We have to anticipate the future.

Do you not believe in the beauty of scarcity, or in the mythological aspect of an Olympic sprinter putting his life’s work at stake over ten seconds every four years?

I do, but I think a competitor does so every week, in every competition. They always want to prove their worth and come up against the best. What they don’t want is to play matches which don’t stimulate them and don’t have much meaning to them. If we were to let the length of time between tournaments increase the privilege of playing them, we would have to play a World Cup every ten years. You have to have the courage to tell yourself that the beauty and prestige of a competition depends more than anything of the quality of it. What we shouldn’t do is organise cheap new competitions, we can only propose the best. The frequency of these competitions aren’t the issue, it’s the quality of them.

Wouldn’t the Super League be perfect in that regard?

No, the Super League had the greatest disadvantage it could have had in that it wasn’t based on sporting merit. It depended on the prestige of the clubs and not on performances.

It would have given us high quality football

Yes, but it’s like building a house. When the foundations are hollow, it won’t get very far. We’ve all suffered through the relegation of our favourite clubs. To kill that is to kill off the very essence of competition. I read a study on solidarity among supporters, which concluded that it was fans of smaller clubs which are more supportive as they all suffer together more often.

How would club football supporters accept a month with no matches?

The real question is choosing between the status quo, continuing what we do now – which is five breaks of ten days each in September, October, November, March and June – or grouping together the qualifiers. If the Super League had gone through it would have refused to align itself with the international calendar and wouldn’t have released its players. So we have to ensure that the world of football keeps its unity, and in order to do that we need to organise it differently. Football is the world’s biggest sport, but that’s no reason to stay inert and not try to anticipate changes.

What are the opposing views, generally? What have players who you consulted said?

Generally the players are in favour. Ronaldo Fenomeno, Kaká, Mascherano, Gary Lineker are all in favour. It’s an idea which initially evokes some reticence, but once we’ve explained it the guys go home thinking: “in the end, it’s not a bad idea”. They change their minds.

When does the decision have to be made?

Personally, especially considering the time I’m dedicating to it, I would like for it to be decided in December! But it’s not done yet.

What about the changing of points of reference, statistics and established records?

Will European clubs need to be convinced, most of all?

The clubs will have their players all to themselves for seven months minimum! It’s a win-win for them. They’ll have their players constantly with them in the period when they need them the most. Having often been confronted with that myself, I know that it’s a real problem. Instead of having four breaks where clubs can lose their momentum because of internationals, there will only be two, or even one. Personally, I would prefer to have the whole of October for national teams and nothing in March. But even if we keep the plan for two international breaks for qualifiers, there will only be two instead of five, plus the tournament in June.

It’s important to note that this is a global project, for men’s football but also women’s football and youth tournaments. In the end, this is a project which answers to an assessment I’ve held my whole life: I’ve always been happier to get up in the morning when I know I’ll be watching a great match in the evening. And I’ve always said that that’s the real goal of a manager: to give supporters the hope of something beautiful.