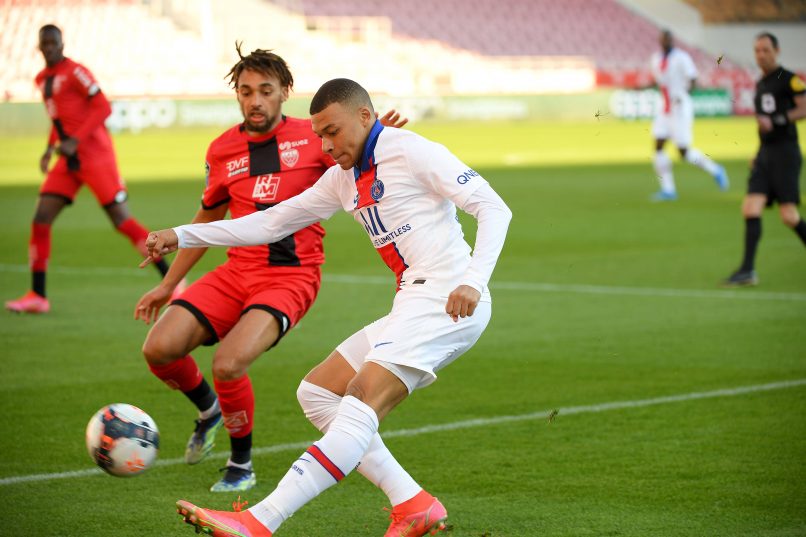 Speaking in an interview with Le Parisien, FIFA’s Head of Football Development, Arsène Wenger, was asked about where Kylian Mbappé will be in 5 years time.

“Kylian will be on the roofs of the world. He will be, at 27, very mature. On the pitch, he will be playing centrally. We “die” less when we play centrally. On the wings, there comes an age when that becomes difficult… At centre forward, we can play longer. With age, also comes more efficiency… Either on the roofs of Paris, or Madrid or… Will he have several Ballon D’Ors? I hope that for him. Kylian must not place any limitations on himself. I have said, already for several years, that there are similarities between Kylian and Pele. He is a good example to follow. Pele played in 4 World Cups, he won 3. Kylian, at the age of 22, has already played in one and won one. The French national team, which won the World Cup with key young players and by a distance, has it all to win the next one.”

On Mbappé’s trajectory so far:

It is incredibly outsized in terms of what he has achieved, but without excess when it comes to off the pitch matters. There have been no missteps. He has an exceptional maturity. He is well guided, well surrounded. The environment of player always counts for a lot in terms of an eventually successful career. He needs stability, he has it. I don’t think we realise how lucky we are, in France, to have Kylian Mbappé. It is always the case, we only realise later on. It was the case with Platini, Zidane, Henry. We always find the best athletes to be even greater when they are gone. They love us more when we are dead than when we are alive.