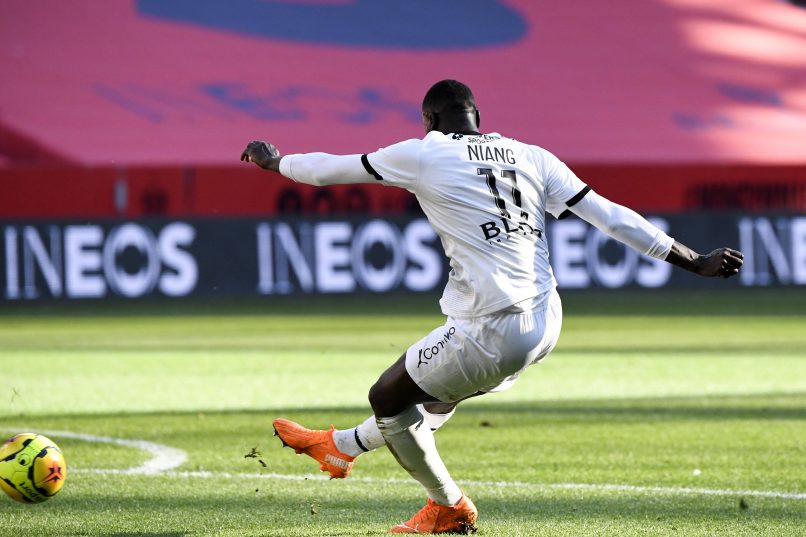 L’Équipe report that Bordeaux are continuing their efforts to sign a striker, with Rennes’ M’Baye Niang looking the likeliest to arrive at the club.

Les Girondins had been unable to sign a forward this past summer window, with various transfers failing to materialise, notably that of Galatasaray’s Mostafa Mohamed. As a result, the club will look to use an LFP clause that allows French teams to make one additional signing past the deadline, as long as the player is in France.

The Senegal international remains the priority, and is waiting for talks to come to a close before travelling down south to wrap up the deal – which Bordeaux hope to be within the next 24-48 hours. Niang has spoken with new owner Gérard Lopez, director of football Admar Lopes as well as manager Vladimir Petković.

The 26-year-old has already agreed terms with Bordeaux, and will join on a deal that sees his lower his salary by more than 60% – the only stumbling block left is the transfer fee, with the striker having two years left on his Rennes deal.