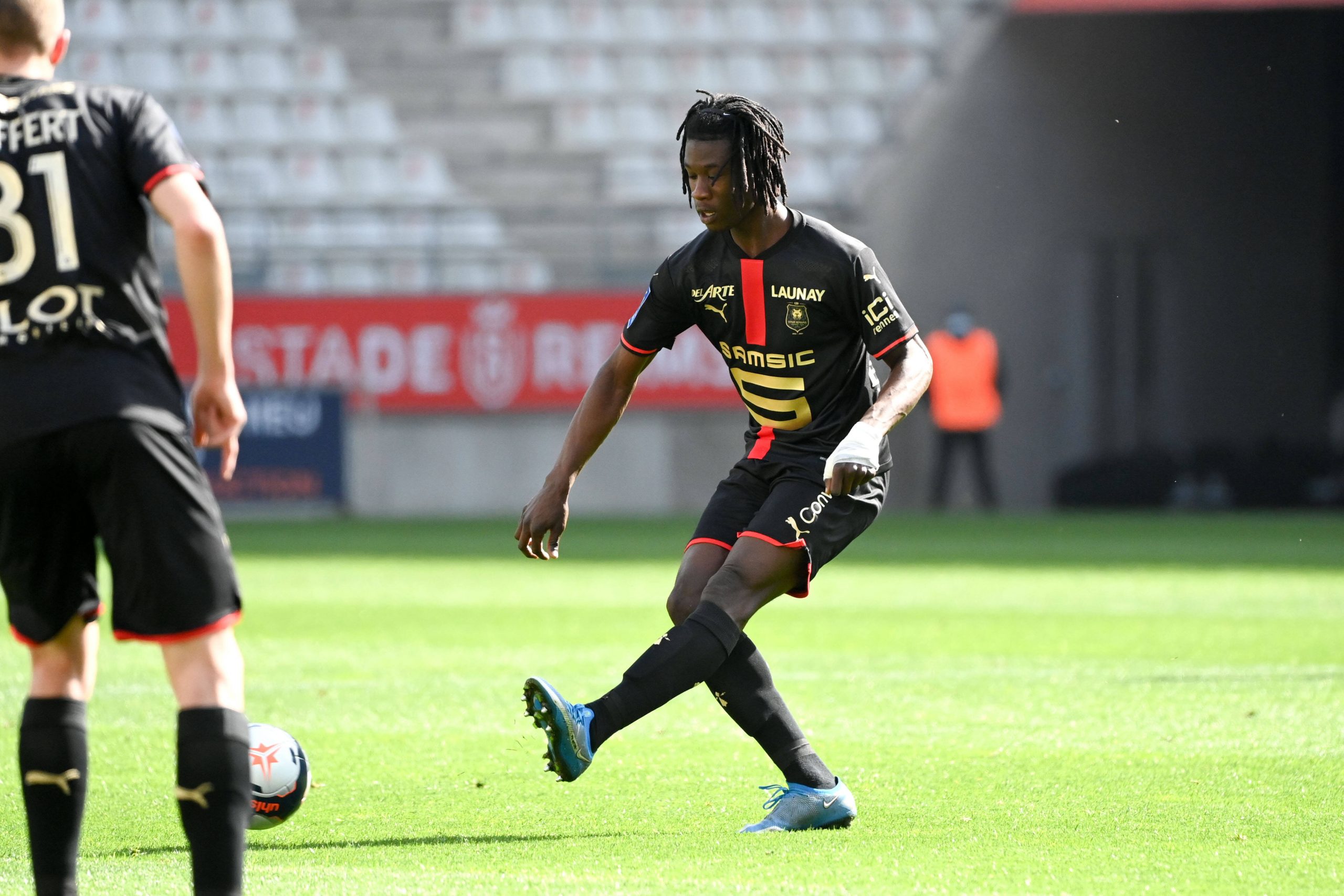 Speaking ahead of his Rennes side’s trip to Brest on Sunday for the second fixture of the season, Bruno Génésio notably discussed Eduardo Camavinga’s transfer situation. With the French international entering the final year of his contract and attracting interest from other clubs, his future remains unclear with three weeks to go before the end of the summer window.

His words transcribed by RMC, the former Lyon manager explained that despite the young midfielder’s poor performance last week against Lens, Camavinga can still reach his potential – but must find a solution to his contract dilemma.

“I think a lot of things are happening in his head. He’s not able to express his full potential, which he hasn’t lost. Sometimes things happen in your head which means it doesn’t work as well in the legs. I’m not here to indulge anyone, I’m here to build a competitive team. He is capable of performing despite what’s being said of him, he didn’t have a catastrophic match, as I’ve read.”

“Now, the only explanation is that he has to resolve his situation. As long as he sits on the fence…”

“You have to put yourself in the shoes of an 18-year-old player who’s become an international, and doesn’t know whether he should leave or stay. It’s difficult to manage. The difficulty is that young players are very quickly faced with all of these issues.