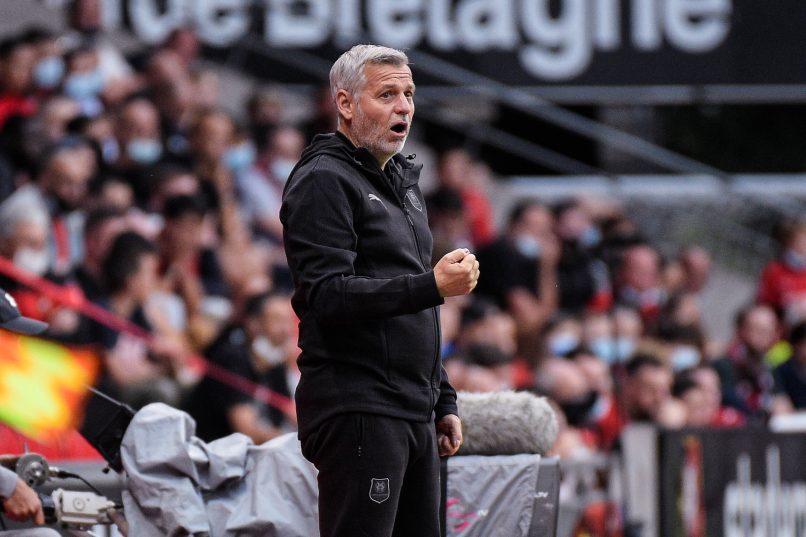 In an interview published in today’s L’Équipe, Rennes manager Bruno Génésio notably discussed the departure of midfielder Eduardo Camavinga at the end of the summer transfer window.

The Brittany side’s coach concluded that a move abroad was precisely what the 18-year-old needed to revitalise his form, which he had somewhat lost in the last year or so after initially breaking onto the scene at the age of 16.

“He’s where he deserves to be. Now, it’s up to him to give himself the means [to succeed] by focusing his mind on what’s happening on the pitch and what he needs to do to succeed there. I’ve often told him that he hadn’t lost his abilities from one day to the next. There was a specific context in which he was having difficulty at times. But he has the talent, he’s a hard worker and is someone who is attentive. So he has everything to succeed.”

“Here, things became difficult for him. It was difficult for us to see him like that as well, as well all want to see him doing well. If you ask me, he wasn’t well. The best thing would have been for him to stay another year and extend. But in hindsight I think that going abroad is a good thing for him.”

On whether it was a better choice than going to PSG:

“No, but sometimes, leaving your close-knit environment, the club you came through at, your comfort zone, is a good thing. It brings back the qualities thanks to which he started playing so early on and which he had lost a bit recently.”