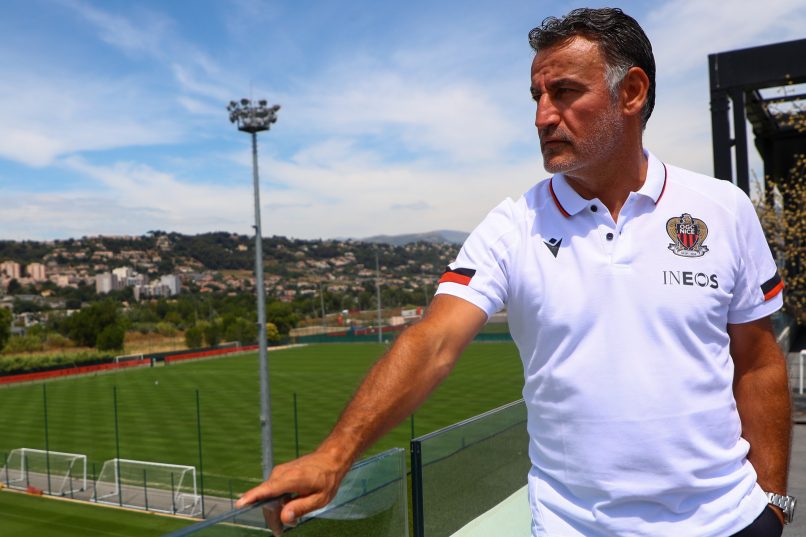 I have come here with Thierry Oleksiak, my loyal assistant and Eduardo Parra, the fitness coach at Lille for the last two years. Fred Gioria, a loyal assistant and is very useful for a manager who has come from the outside, the goalkeeper coach Nicolas Dehon and Christophe Juras (rehabilitation coach) will stay.

On leaving Lille for Nice:

I am not coming here for the money. Otherwise I would no longer be in Europe… Here, we are not starting from scratch. Nice has facilities, participated in the Europa League.

In football, sometimes you are favourites and in the end… you stumble. The French national team did a really nice match but Switzerland had an incredible match, I did not expect them to be at that level. In the end, it played out on a detail, a penalty stopped by the opposition goalkeeper. It is a shame for the French national team but take nothing away from the Swiss team and what they deserved.