Didier Deschamps on Karim Benzema: “He’s not the same player as in 2015.” 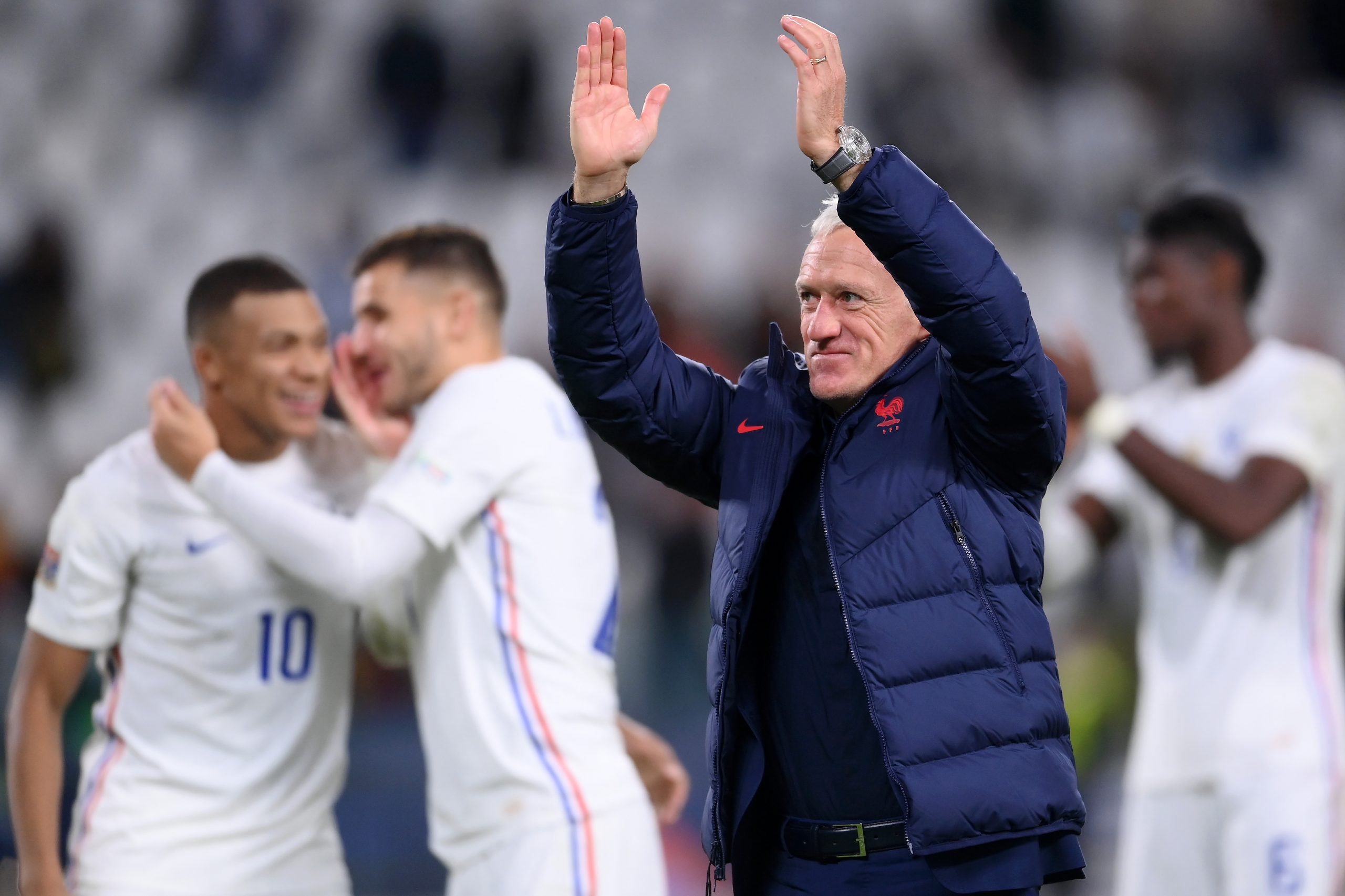 Speaking in the wake of his second title as France manager, Didier Deschamps underlined the changes made at half-time in Les Bleus’ approach to the game, as they beat Spain in tonight’s Nations League final thanks to second-half goals.

His words transcribed in L’Équipe, Deschamps also underlined the crucial role played by Karim Benzema over the two games this international break, with the forward notably scoring the equaliser tonight with a fantastic long-range strike into the top right corner.

It would be a bit reductive to say that. We played the first twenty minutes with control of the ball. We stopped playing after twenty minutes. We suffered, we retreated, but we came back rather quickly. At half time, we decided to go press them further up and take more risks. Even if that meant being one on one at the back.

We tried to win the ball back further up the pitch and create the danger. The Spanish always have this ability to have a monpoly on the ball. By being more aggressive, we got them to commit mistakes. We always have this spirit of mind and character.

Karim is an essential player, he’s proved it over these two games. I’m really happy for the whole team and for him. He has an impressive efficiency. He’s not the same player as in 2015. He’s sharper. As a person, he’s gained in maturity. He won’t play four or five [more] competitions. It’s not the most important title. But he was important in order to win the title.”

Mario Lemina victim of a home burglary as €300,000 in goods taken