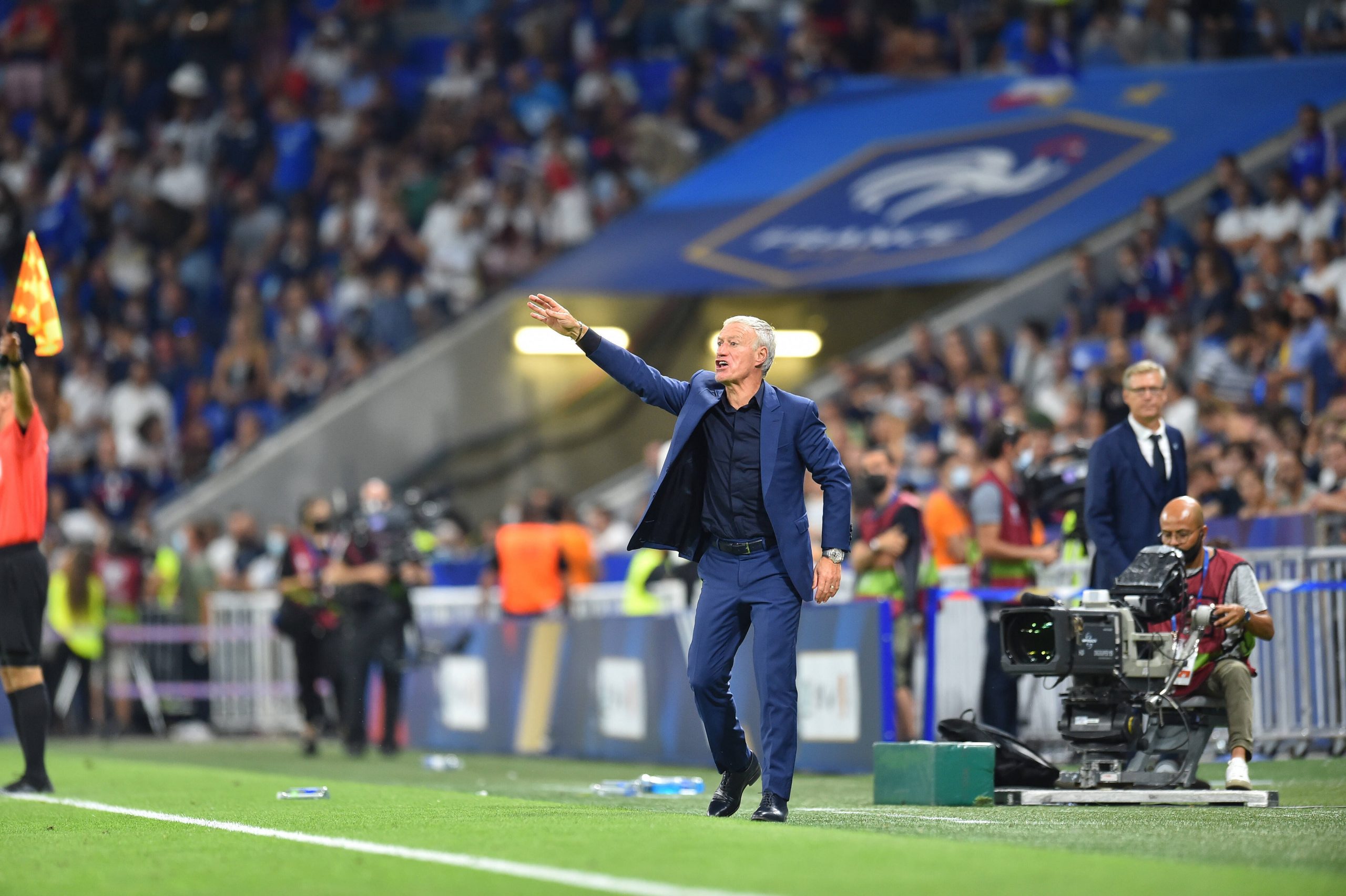 In his press conference ahead of this Thursday’s Nations League semi-final clash against Belgium, Didier Deschamps discussed a range of topics concerning his France side, from Paul Pogba’s leadership to the impact Karim Benzema’s upcoming court appearance could have on his team selection in the future.

The Real Madrid striker’s legal proceedings regarding the sextape scandal  – where he is alleged to have taken part in a blackmail attempt of then-international team-mate Mathieu Valbuena in 2015 – will take place on October 20 and 22.

Deschamps’ words transcribed in RMC Sport, he also previews the match against Roberto Martínez’s men, and pays tribute to the late Bernard Tapie, the Marseille president when he lifted the Champions League in 1993.

On the role of Paul Pogba

You have the player that he is, and what he is capable of doing. He has grown in stature since he started out. He’s here, and he’s one of the leaders of the French national team. He’s an expressive leader who positions himself between generations. He can relay between them. He has the capacity to always have that notion and that collective viewpoint with regard to his situation.

On the late Bernard Tapie

He wanted to win, to be the best, and in every field. You know what happened, including with Marseille. There’s a lot of us players who took part in the [Champions League, 1993] win and then went abroad. We had good careers. We wasn’t there simply to show up, but to win. It was a part of his personality.

On whether Benzema’s court case will impact his France selection

If I say yes, that will mean that it was the case before. I make sporting choices, I’m not going to predict the legal outcome. I am not asking myself that question.”

They have evolved as well. They have six or seven players who are at over 100 caps, and are considered the best team on the FIFA ranking. There is a specific system with an experienced core. They’re one of the best teams in Europe and in the World. It’s a great generation which hasn’t had the pleasure of winning a European Championship or a World Cup.

It’s going to be a battle, but not in a negative way – in the tactical, technical and physical sense. There is a mutual respect between Robert Martínez and I. You have that with the players as well since they play together for their clubs. Obviously over 90 minutes, and since there’s a place in the final at stake, many things have been interpreted. There’s always been a rivalry because we’re bordering countries, like with Spain and Italy. In 2018, they also had the chance to reach the final. Thursday’s match will not change what happened then.