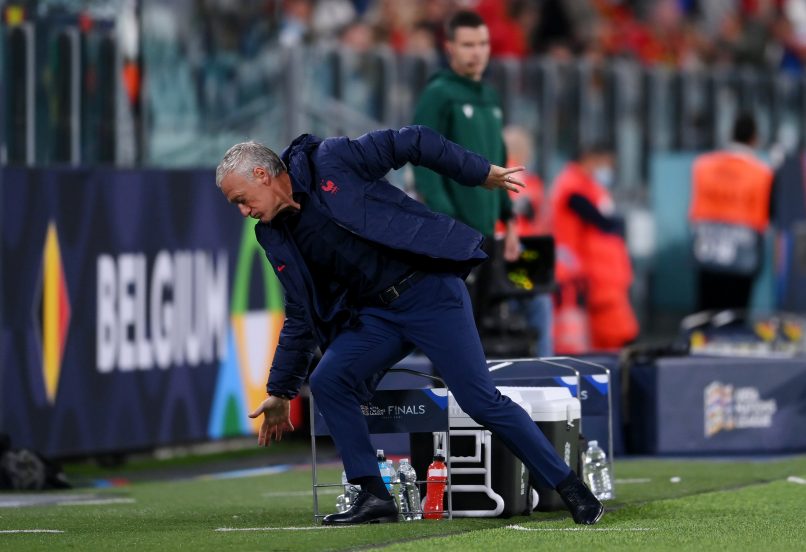 Reacting to his France team’s comeback in the Nations League semi-final against Belgium, Didier Deschamps underlined his team’s character their second-half performance, to qualify for the final against Spain on Sunday.

His words transcribed in L’Équipe, Deschamps was also keen to praise the role of Kylian Mbappé in the performance, having seemingly recovered from his penalty miss at the Euros.

“We had a quality first section of the first half, the first 25 minutes notably. Afterwards, we suffered too much, we stayed back too much. We couldn’t come out and were like aggressiveness. The 2-0 scoreline was harsh but it punished an end to the half where we were lacking. In the second half, with our attacking players who were pushing everywhere, it was different. At half time, apart from me, not many people thought we would turn things around.”

“This is one of the best matches [at an emotional level], because in front of us we had one of, if not the best team in the world. There’s a sense of price, of force of character. This match will go down as one of the really, really good moments. We have to savour it.”

“Kylian had no doubts and I’ve always tried to be there with him, behind him. During the Euros, he had very good intentions, he just lacked efficiency. I never doubted him.”