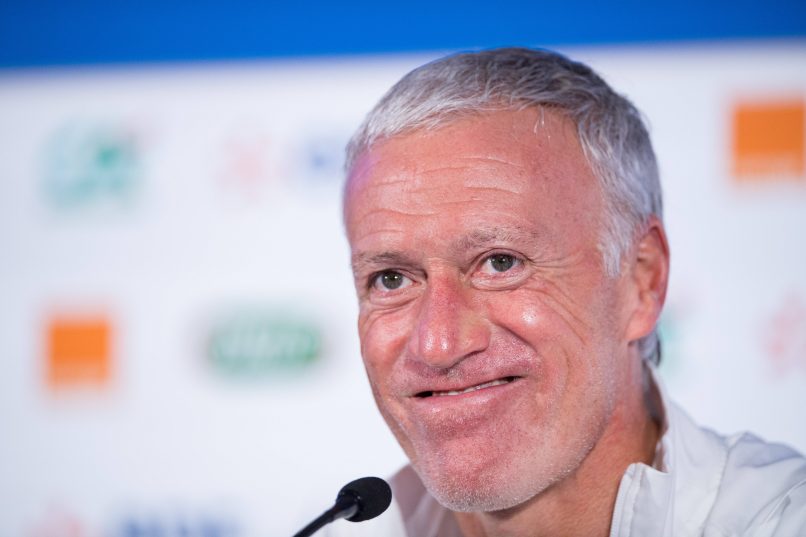 Speaking at a press conference on Thursday following the announcement of the latest France squad, Didier Deschamps discussed the returns of Ousmane Dembélé, Tanguy Ndombele and Thomas Lemar, plus much more.

He is not a robot, he is a young player who is playing a lot. He has statistics that are out of this world. He has given so much to everyone that he has the right to do less well. In all the matches that we see, there is a fatigue already there and it is also linked to the health situation, there is mental fatigue too. He is one of the best attackers in the world. But even when he is doing less well, he has the capacity to be decisive.

On the goalkeeping hierarchy:

It can evolve, depending on their performances. Certainly, Hugo (Lloris), is the captain, he is the number 1. Steve has the number 2 spot. Mike is in the process of imposing himself, he is pushing. Today, I have no radical decision to take. There is also the return of Alphonse who had some difficulties at the beginning but is now producing consistently good performances.

He is a left-back, but he has the capacity to play on both sides. He is used a lot more on the left. There is competition. I consider Ferland as more of a left-back above all, but he is capable of covering both full-back positions, whether it is Hernandez or Pavard, they can play centrally in any case, I am not going to complain.

On the returns of Thomas Lemar and Tanguy Ndombele:

Thomas, for several weeks now, he has been more consistent. Today, there is playing time, his performance level is a lot better, just like Tanguy. Tanguy’s performances are coming close to the ones he showed at Lyon.

In recent weeks, he has been playing consistently and is back to his athletic capacity. He is playing, he is scoring goals, even if he could score more. He was severely hampered by repeated injuries. He must gradually gain maturity. Aside from that, what he is able to do today, what he has been able to do for several years, is why he was part of the squad of world champions.

On Abdou Diallo’s decision to play for Senegal over France:

It goes in one direction and the other. The players who have this possibility, it is up to them to decide, I have never selected a player to block them (from selection another country). He has to feel like this is the best choice, I respect it even though he was once captain of the France U21s. He had this freedom, he took it. It is his decision, and I respect it.