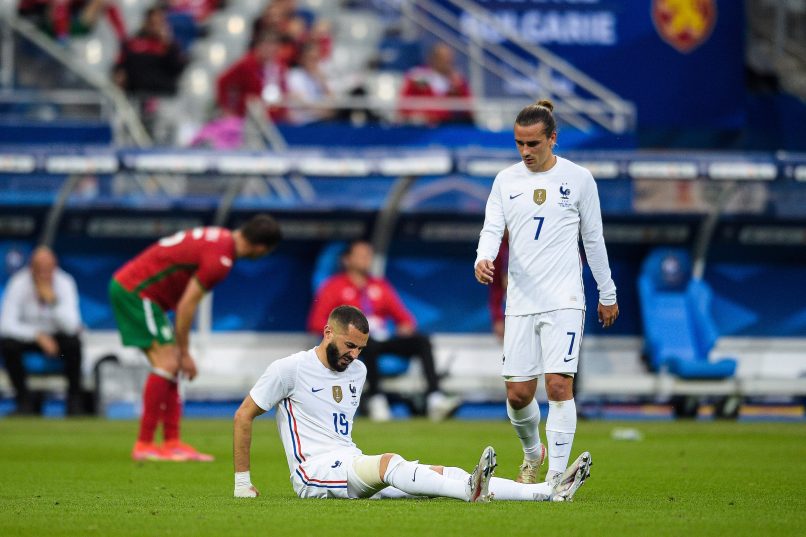 Speaking to RTL, France manager Didier Deschamps appeared to be confident that Karim Benzema’s appearance at EURO 2020 is not going to be hindered despite him being forced off with a knock in the 1st half during Les Bleus’ 3-0 victory over Bulgaria.

“It is a knock, he took a good hit on the muscle above the knee. He felt that it was hardening, so we took no risks. The medical staff is by his side.”