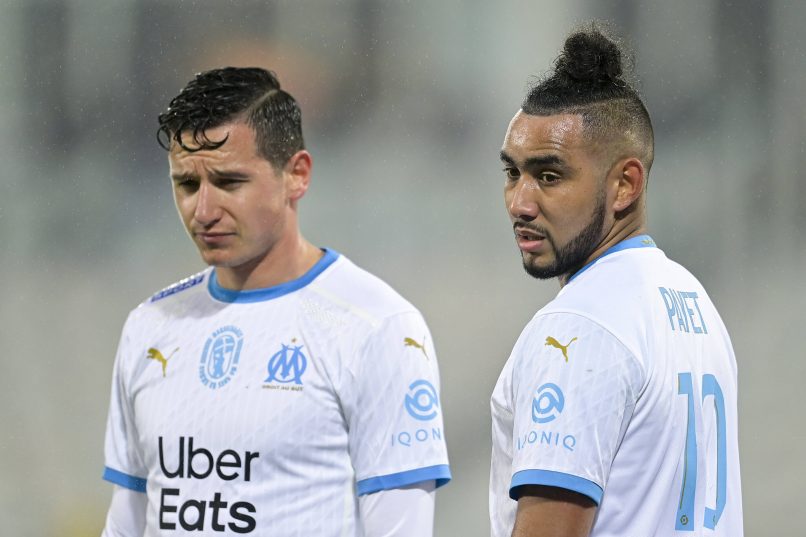 RMC Sport have provided more details on the ongoing feud between French internationals Florian Thauvin and Dimitri Payet at Ligue 1 side Marseille.

After the recent loss that Marseille suffered to relegation battlers Nîmes, the club arranged for a big squad meeting to air grievances. During the meeting, Thauvin and Payet went for each other, with Payet accusing Thauvin of being selfish on the pitch, whilst Thauvin accused Payet of manipulating the squad in order to negotiate himself a contract extension with OM until June 2024.

RMC suggest that Payet contacted a large portion of the squad in March 2020 to implore them not to accept requests to take salary cuts made by the club, only for Payet to then negotiate a long-term contract for himself which was made possible by him accepting a major reduction to his current salary.

The implication is that Payet strong-armed the OM board, forcing them into accepting his contract extension desire as the rest of the squad was refusing to help them make cost cuts, whilst he himself had been manipulating his own team-mates.