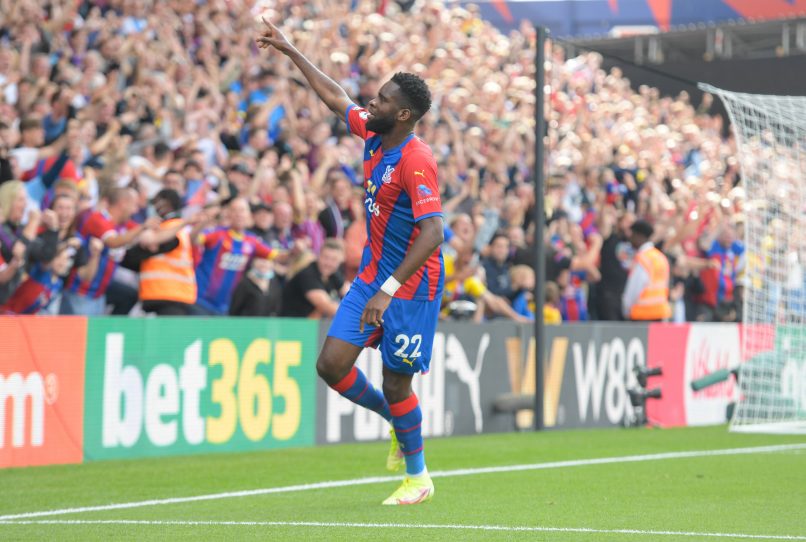 Crystal Palace striker Odsonne Edouard couldn’t have asked for a better debut than he had against Tottenham in his first game for Crystal since moving from Celtic. The Frenchman scored two goals after coming off the bench to guarantee three points for his side.

Edouard’s opening goal came with just his second touch in the game and he proved exactly how dangerous he can be in front of goal as he took his two chances very well in the 3-0 victory at Selhurst Park.

The South West London club are currently 11/2 in the outright Premier League 2021/22 betting markets for a top-ten finish. Last season they finished 14th under the management of Roy Hodgson. Nonetheless, with the addition of Edouard and other notable summer signings, a top-half finish will be their new objective.

Edouard, who’s likely to be highlighted in the Premier League betting tips for the goalscoring markets in his upcoming matches, has an excellent record since moving to the UK in 2017. So far, he’s scored 86 goals for Celtic and has been named the Scottish Football Writers’ Player of the Year in 2020. The striker also helped his club to three Scottish Premiership titles and four cup successes.

The chance to test himself in the Premier League in England was too much to turn down, though he was also linked with a move to Ligue 1, with a number of clubs thought to be interested. In the end, the 23-year-old opted for a transfer to London to play for Palace.

France Call Up May Be Next for Edouard

Edouard has yet to receive a call up to the France senior national team, despite having represented his country at various levels and possessing a great goalscoring record for those teams. It’s thought that if he can make an impact in the Premier League, Les Bleus could come knocking.

As it stands, the 2018 world champions aren’t blessed with too many options upfront. Olivier Giroud and Karim Benzema have led the line at the last two major tournaments, but they’re now 34 and 33 years old respectively, so time is running out for them at the international level.

France head coach Didier Deschamps will know Edouard’s game very well. The striker has been around the national team set-up at various age categories since 2014. It’s likely that the national team manager will travel across to England on a number of occasions this season to see Edouard in action.

Chance To Work Under Vieira

One of the other reasons as to why Edouard chose Palace could have been to work under his French compatriot Patrick Vieira. The Arsenal and France legend took over the reins at the club earlier this summer.

Vieira knows the Premier League very well after making 279 appearances for the Gunners in the competition. He’s lifted the trophy on three occasions and will now be turning his passion to gaining success in the league as a manager.

The Frenchman, who’s seen Edouard as a player who can help the Eagles improve, is at his third club as a manager. He began in the MLS with New York City FC before undergoing a two-year spell with Nice in Ligue 1.

If Edouard’s debut is anything to go by, Palace fans could have a new hero at Selhurst Park. There are some great strikers in the Premier League, and the Frenchman will be looking to establish himself among their ranks.