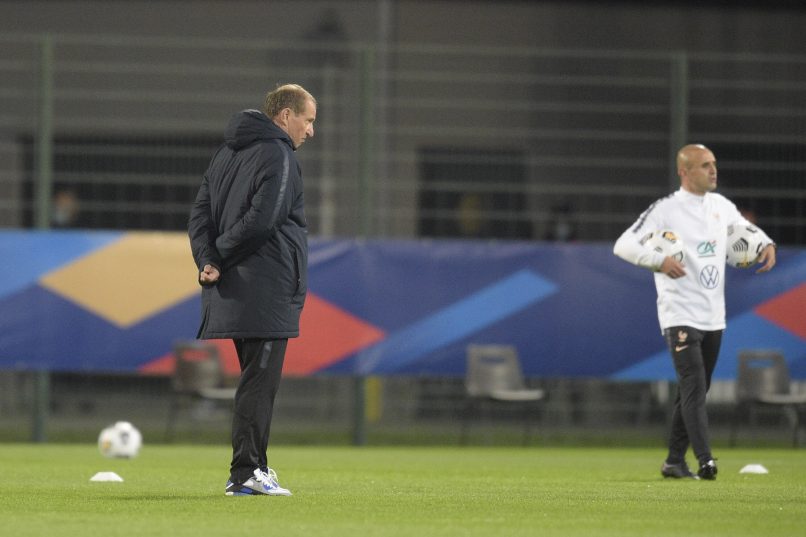 RMC Sport report that Eric Blahic has quit his position as assistant manager to Corinne Diacre with the French national women’s team, having been appointed there in January 2020, owing to differences that he has with the controversial manager.

Blahic is quitting owing to differences with Diacre on the working environment that she has created – this is the second departure of an assistant of hers since she began in summer 2017. Blahic was a valued member of the dressing room and is likely to cause further rifts between the playing staff and Diacre.

The relationship between Diacre and Blahic had totally broken down in recent weeks, with the latter blaming his boss for wanting to control everything all the time, not giving her assistant the trust to do his job.

Blahic was reprimanded by Diacre at Clairefontaine whilst he was having a chat with two players informally. Diacre banned him from having these sorts of discussions. Trust was now broken.

Eric Blahic was being blamed for wanting to have too much responsibility, which he felt he was suited to do because of his previous achievements and experiences, having been Jocelyn Gourvennec’s assistant for several years at Guingamp and Bordeaux. Tired of this working environment and after having already almost left his post a few months ago, Eric Blahic has asked Noël Le Graët to leave his position.

Eric Blahic was very popular with the players, his technical and tactical contribution during the training sessions was well-appreciated by the squad, as well as his experience and openness.