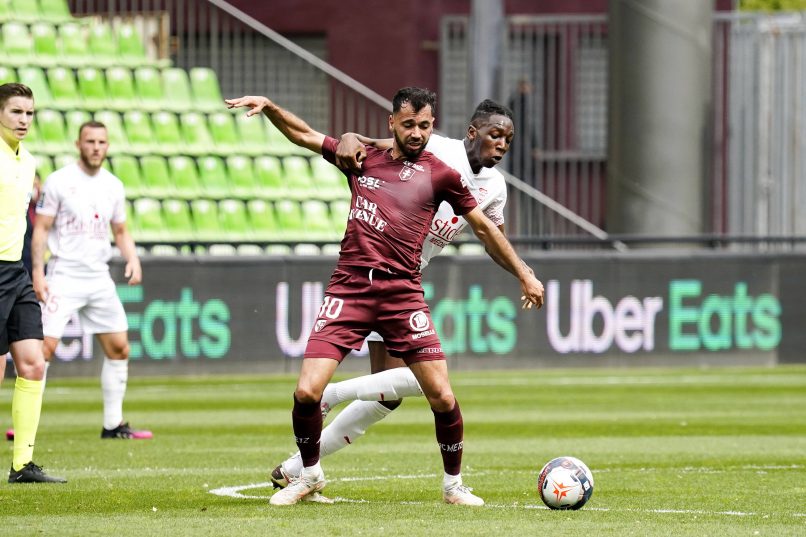 L’Équipe report that 28-year-old Algerian attacking midfielder Farid Boulaya has rejected a contract extension proposal from Ligue 1 side Metz – he has decided to seek to exit Les Grenats this summer and is hoping to join a club offering European football.

Boulaya has had his best ever campaign in Ligue 1 to date, producing 5 goals and 8 assists in 32 Ligue 1 matches. His current deal with Metz expires in June 2022, which is why FCM had decided to offer him a new deal. Boulaya asked for time to think about it, before recently rejecting it.

He currently has contacts with clubs in France who may be able to offer European football – the player’s value likely sits at around €4m, but it is currently unclear as to how much Metz will ask for.