FEATURE | A modern forward who has it all, 2022 could be a big year for 19-year-old Arnaud Kalimuendo 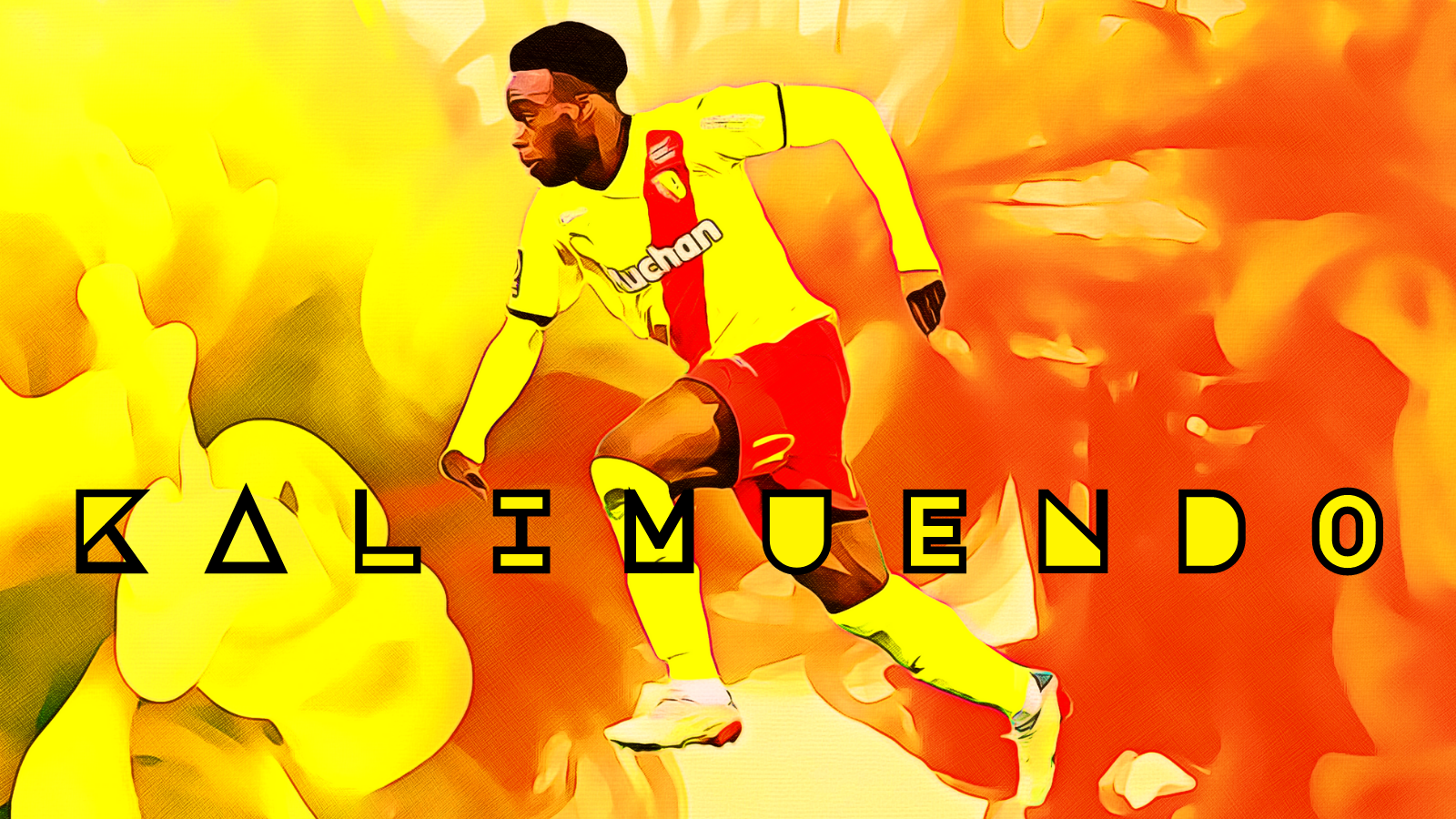 However, the biggest problem has been effectively promoting these youngsters into the first team. Of the most recent graduates, only Kimpembe is still at the club, and the France international is the exception to the norm that suggests academy products won’t get a real chance. That fact is why the others have left in search of football elsewhere – many of them are now household names in footballing terms.

The latest PSG youngster to seek a brighter career away from the Parc des Princes is 19-year-old striker Arnaud Kalimuendo. Kalimuendo is still contracted to Paris but he’s currently, for the second consecutive campaign, on loan at Lens. Of course, a return to PSG could be on the cards, especially given Kylian Mbappé’s contract situation, Mauro Icardi’s lack of game time and form and Kalimuendo’s output since joining Lens, but it seems unlikely, despite his talent.

An out-and-out forward, Kalimuendo can just about do it all. Standing at 5’10, he’s not the biggest physical presence through the middle but he’s more than capable of holding his own against Ligue 1’s most domineering centre-backs. A technical striker who isn’t limited to the space inside the 18-yard box, Kalimeundo has the ability and freedom to roam a little, but he still possesses the goal-scoring instincts to be in the right place at the right time.

With neat feet and a burst of acceleration that would trouble any defender, Kalimuendo is a unique brand of number nine. According to Fbref.com, as of mid-December, his 5.29 progressive carries per 90 minutes over the past year ranked in the 86th percentile across Europe’s top five leagues, proving that the Frenchman tends to drop deep before driving forward with the ball.

He pairs that with over 16 pressures per 90, which is the same number as Mbappé and Lionel Messi combined. But, it’s Kalimuendo’s intelligent movement that stands out. His incisive runs in behind create a multitude of one-on-one opportunities, often finding himself in space inside the penalty area. That’s doesn’t happen by chance, it’s by design – the sign of an elite goal-scorer. For now, the teenage Kalimuendo is far from an elite striker but the form he’s displayed in 2021 points towards a promising future.

After scoring in the final game of 2020, Kalimuendo went on a slight goal drought to begin the year until scoring and assisting in a 4-2 win over Nantes in mid-February. He struck a further three times and grabbed two assists to round off an impressive breakthrough campaign. Strikingly, Kalimeundo scored roughly every 173 minutes last season, a better rate than Monaco’s Kevin Volland, who averaged a goal every 176 minutes, although Kalimuendo’s sample size was far smaller.

With a low centre of gravity, and an appreciation of what’s around him, Kalimuendo isn’t a selfish striker but he knows how to get in the right areas. Always lively, he’s rarely someone who can be marked out of a game, and even when he doesn’t score, he always seems to be an important aspect of Lens’ game plan.

In 2021/22, the Frenchman has stepped it up a notch. After a disappointing start to the campaign in terms of goals, he scored his first two of the season in a 2-0 win over Reims at the start of October. The first was a confidently dispatched penalty but the second was a classic Kalimuendo goal. On the counter-attack, he made a slight movement to the right, before darting left and opening his body up to receive the pass. One exquisite first touch later, and he was through on goal. After one more touch to set himself, he coolly slid the ball past Predrag Rajković to seal the points for Lens.

With the close control to match any of Ligue 1’s forwards, Kalimuendo is devastating on the break and his clinical finishing, as well as two-footedness, is underlined by his xG overperformance. According to Understat, he should’ve netted 3.32 before the final Ligue 1 round of 2021 but he’d scored five.

A fully-fledged France under 21 international, a senior call-up may be a stretch right now but his form for the youth side will be doing his chances no harm. During the November internationals, he scored twice and assisted once as France ran out 7-0 winners over Armenia. His first goal was a lovely placed finish into the far corner with effortless precision after cutting inside from the left flank, while the second demonstrated his goal-scoring instincts, being the first to react to Sofiane Diop’s deflected shot before tucking away nicely.

Kalimuendo is a modern forward, his incisive speed, decision-making, intelligence, and technical ability are all of the highest level. 2021 has put him in the shop window and PSG will be lucky to keep hold of him come next summer if they can’t offer him a permanent place in their first team. The 19-year-old is good enough to play European football and, with Lens pushing for a Europa League spot this season, he could well fire Franck Haise’s side to a top-six spot, despite the club only being promoted from Ligue 2 in 2020. His ceiling is sky high and, in 2022, Aranud Kalimuendo will only get better.