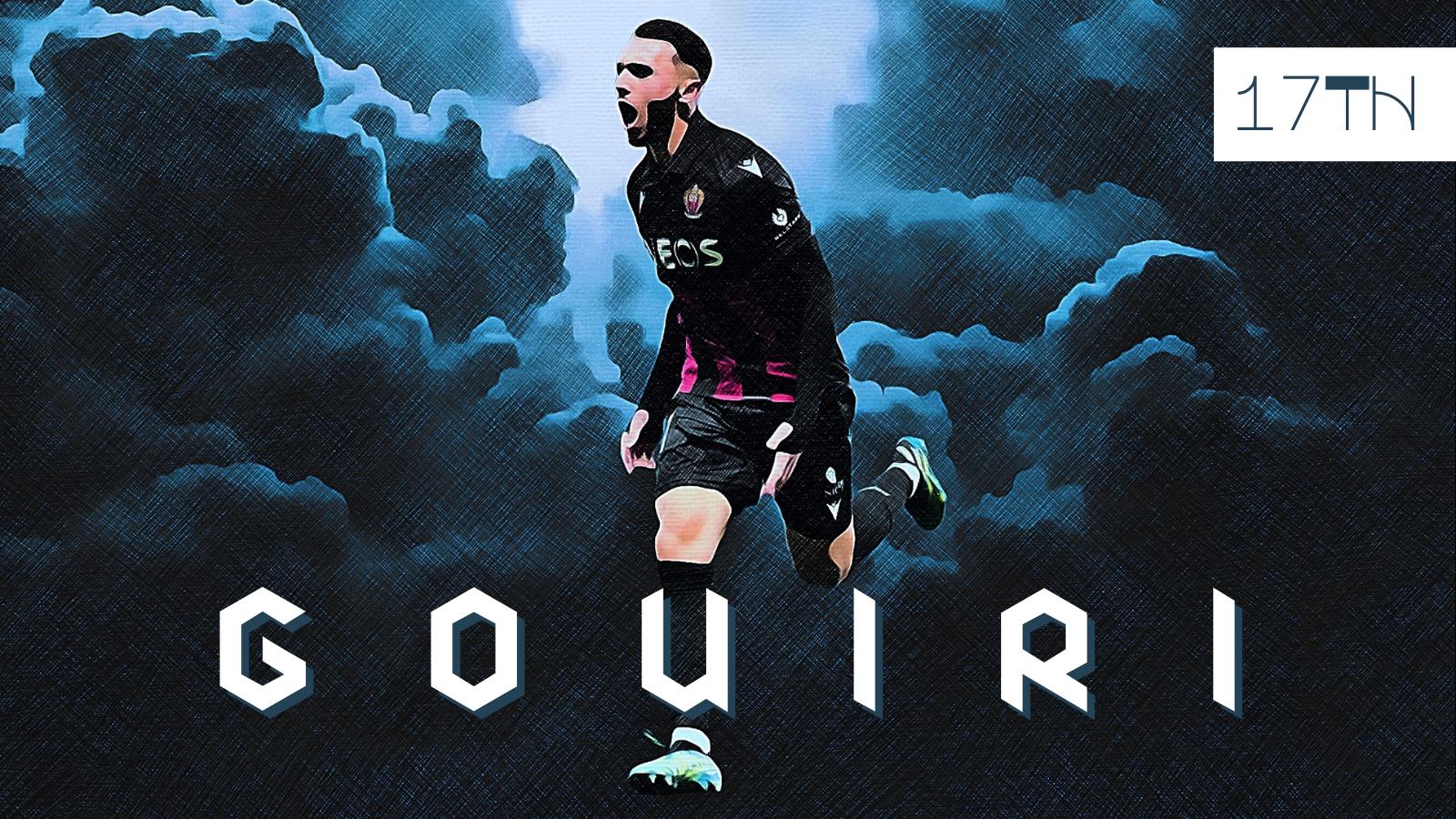 This article is part of GFFN’s French Player Of The Year Award 2021 countdown. Follow the daily feature series here on GFFN as we build up to naming the best French player in the world this year. Look out for 16th place tomorrow.

If you rewind 18 months, things were a lot different for Amine Gouiri. The French U21 international was left frustrated on the periphery of Lyon’s first team with the majority of his football played in the reserves. Fans of Les Gones were frustrated by the absence of the hometown marksman from first-team action and feared the eventual outcome. Nice acted upon Gouiri’s lack of minutes and were able to pry him away from Parc OL for a mere £6.3m. Since his arrival on the Cote d’Azur, the 21-year-old hasn’t looked back.

2021 has been an excellent year for the Lyon-born forward; becoming one of the best young talents in France and catching the attention of some of the biggest clubs in Europe. Nice have shown their ambitions in the transfer market since being acquired by British businessman Jim Ratcliffe and chemical company INEOS with the Gouiri signing becoming one of Ligue 1’s best acquisitions in recent years.

Not only will Nice profit greatly from any future transfer fee but they’ve also profited enormously from the former Lyon striker’s on-pitch presence. At the time of writing Gouiri’s scored an average of 0.47 goals per 90 minutes since his debut in August 2020. Goal scoring is one of the main facets of his very well-rounded skill set. With 15 goals in 2021 by late November, the Nice marksman ranks as the eighth highest scoring Frenchman in the world this year. It’s an impressive record for someone playing just their second full senior season. Gouiri’s variety of goal scoring is a real problem for Ligue 1 defences. Whether it be free-kicks, cutting in from his favoured left-hand side, intelligent link-up play with teammates or penalties – Gouiri is often among the goals. Such variety and unpredictability in his game is one of the key reasons for his success.

The Frenchman has also been recognised by the international setup in 2021, playing eight times for France’s under 21 side. He was a part of Sylvain Ripoll’s underperforming UEFA Under 21 European Championship squad which received significant criticism for its premature quarter-final exit to the Netherlands but Gouiri has rediscovered some international form in qualifying matches of late managing to net twice in four appearances.

In the 2021/22 season, Gouiri’s impressive goal scoring form has continued eight goals in 14 league appearances at time of writing, after 12 in 34 last season. His current xG of 0.58 per 90 minutes ranks him among the top 13% of forwards in Europe, showing the quality of the chances and positions he finds himself in. A -0.13 underperformance in the xG department also shows there is room for improvement. The French under 21 international has also shown his quality on the European stage, netting four goals in five Europa League matches for Nice last season.

However, there’s much more to the former Lyon forward’s game than just being a handy finisher. Gouiri’s passing is remarkable. Averaging 1.89 key passes per 90, with 1.24 passes per 90 into the penalty area, there aren’t many forwards with better passing precision in the attacking third. With 12 assists to his name since arriving on the south coast of France, Gouiri has been a key creative spark for Patrick Vieira, Adrian Ursea and Christophe Galtier at Nice.

Gouiri is crucial to Nice’s set-up and their successes so far under Galtier. The reigning Ligue 1 winning coach’s style owes much of it’s effectiveness to an emphasis on quick transition play from attack to defence – Gouiri is key to this. The speed and ease with which the versatile forward moves with the ball is an asset and has seen Gouiri take the lead when it comes to launching attacks and executing Galtier’s gameplan. His 6.67 progressive carries and almost two dribbles per 90 this season highlight that effectiveness in attacking transition and in moving the ball quickly. His 4.97 shot-creating actions, ranking him among Europe’s elite, underlines Gouiri’s creative threat as does some audacious skill.

Amine Gouiri is a complete forward with high levels of technical ability and an eye for goal as well as creative vision and silky feet. Despite his age, his impressive start to life has seen him become one of the most talked about talents in Europe and one of the most promising forwards France has seen in recent years. His stellar 2021, unquestionably puts him among the best players in the country and, at just 21, it’s crazy to think how good he could still yet become.