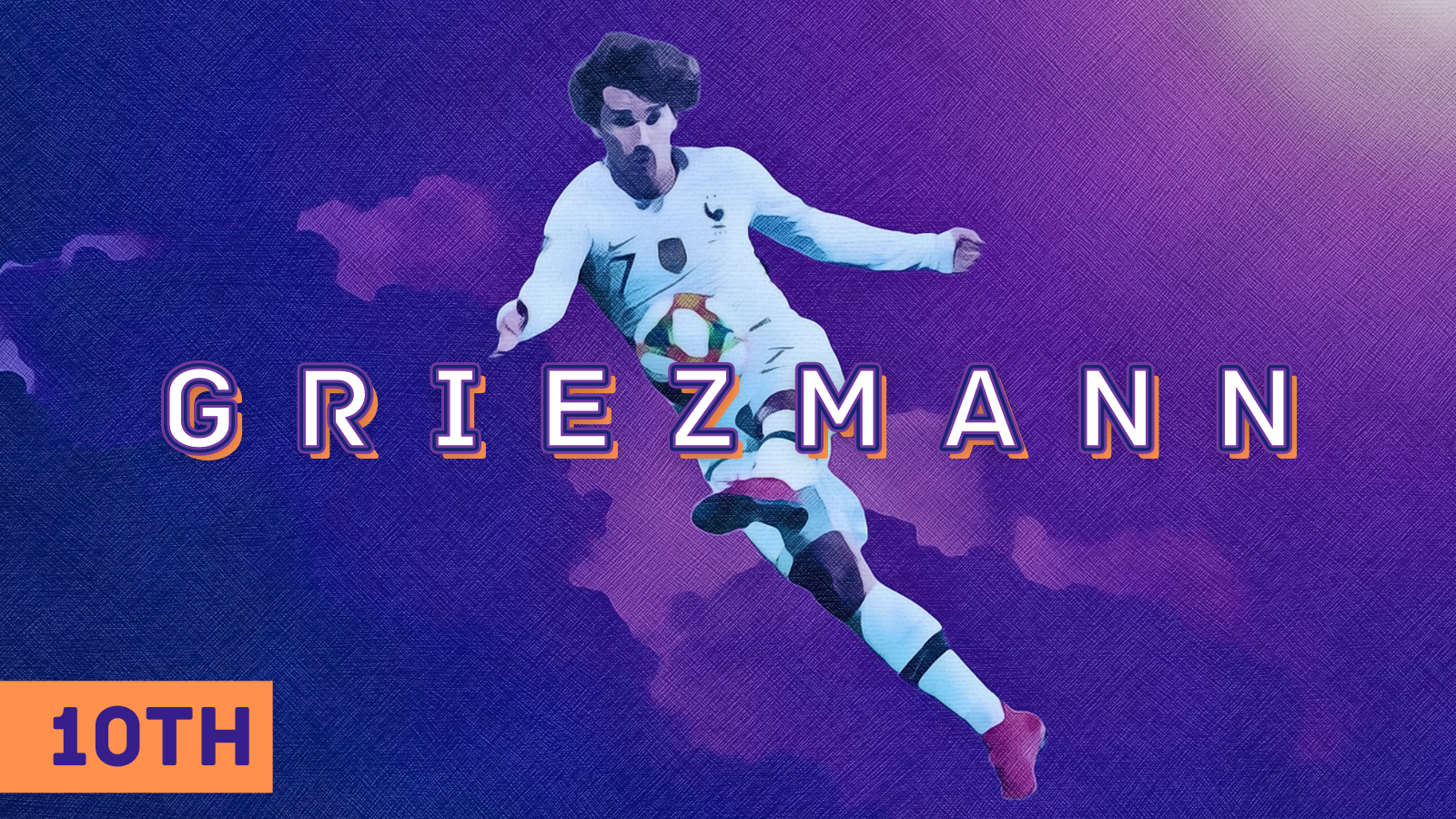 This article is part of GFFN’s French Player Of The Year Award 2021 countdown. Follow the daily feature series here on GFFN as we build up to naming the best French player in the world this year. Look out for 9th place tomorrow.

Antoine Griezmann’s talent has never been in question. Consistently one of the best players in the world, especially during his first stint at Atlético Madrid, the diminishing of his reputation since moving to Barcelona was unexpected. Maybe one could have predicted that the system there may not have suited him, but no one could have predicted how much he would struggle to replicate the form he showed at Atlético, and the numbers too.

For many, he remains a truly world class player, and one thing that world class players always do is find a way to excel in any circumstances. For nearly two years, the added baggage of the two clubs butting heads over his €120m transfer notwithstanding, the Frenchman failed to do this, and criticism hit a new level. In 2021, however, he has silenced many who’d concluded his best was behind him.

Griezmann’s struggles were more about the environment at Barcelona than the man himself, as has been shown by the fact he remained an integral part of the France setup despite all that happened in Spain. Maybe he’s not been the Griezmann of EURO 2016 or the 2018 World Cup in terms of pure numbers, but his overall play has barely suffered compared to his Barcelona form.

This year, Griezmann has turned on the style and once again proven himself. It had been coming, as his work ethic only doubled the more he struggled. When he couldn’t impact the game in attack, he always made sure that he ran himself into the ground and worked harder than anyone. He was everywhere, chasing down opposition players, diving into challenges, pressing relentlessly and generally being a menace. That type of attitude, especially during fallow periods, always leads to rewards.

It’s hard to remember the last time Barcelona won a trophy without Lionel Messi being the main protagonist. One might have to go as far back as 2006. Yet, that’s what happened this year after a trophy drought that lasted almost two years. Unlike every trophy Barcelona have won in the past fifteen years, it was Griezmann, not Messi, who led the way to the Copa del Rey triumph last season. While Messi certainly contributed immensely, the most decisive moments that ensured Barcelona stayed alive belonged to Griezmann.

A goal down to Rayo Vallecano in the last 16, it was he who stepped up to assist Messi’s equalizer in the 69th minute. They went on to win 2-1 via a Frenkie de Jong goal. In the quarter final, Barcelona were on the verge of elimination, 2-0 down with three minutes to go against Granada but Griezmann delivered a sublime goal and an assist for Jordi Alba to force extra time. In a game in which most of his teammates had given up, he kept going. The Frenchman scored the goal that gave Barcelona the lead in extra time. Granada soon equalised but he was not to be denied. After de Jong scored to take them 4-3 up, Griezmann assisted Jordi Alba for a fifth goal that settled the game. It might not have come in the Champions League as was hoped but it was the kind of performance that Barcelona had shelled out all those millions for.

It was a turning point in Barcelona’s season. When everything was pure chaos, with the team looking dead and buried, Griezmann kept the prospect of ending the season with silverware alive. The two-legged semi final tie against Sevilla saw Barcelona on the verge of elimination once again. After a 2-0 first leg loss, Griezmann and co were desperately searching for a goal to send the game to extra time while 1-0 up in the second leg. In the final minute, the French forward popped up to assist Gerard Piqué’s goal that again ensured his team remained alive. Martin Braithwaite’s extra time goal was enough to put Barcelona through. In the final against Athletic Club, Griezmann again proved decisive, scoring a goal to give Barcelona the lead. They went on to win 4-0.

That entire run was classic Griezmann, a mixture of a never-say-die attitude and a decisiveness that kept his team believing. It may have just been the Copa Del Rey, but it showed that Griezmann was still one of the best players in the world.

Although EURO 2020 ended in disappointment, Griezmann played brilliantly. It began with a fantastic performance in the win over Germany where he combined well with Kylian Mbappé and Karim Benzema before Griezmann’s emphatic equaliser got France back into the second game with Hungary. It ended 1-1 but the 30-year-old ran the game for France, notably completing 10 out of 11 long balls. During the last 16 tie with Switzerland, Griezmann put in a brilliant performance, again combining well with the front two, but was subbed just before Switzerland equalised. Maybe France would have prevailed with Griezmann on the pitch, but Les Bleus eventually lost on penalties.

Barcelona’s financial problems meant that Griezmann returned to Atlético in the summer, the club where he has most excelled. Despite a slow start and a struggle to win the fans back after his controversial move to Barcelona, he is already back to somewhere near his best. Redemption for Griezmann finally came in 2021. It has been remarkable. With 26 goals and 11 assists in 2021, compared to 17 goals and 3 assists in 2020 at time of writing, it is safe to say we have got our Antoine back.