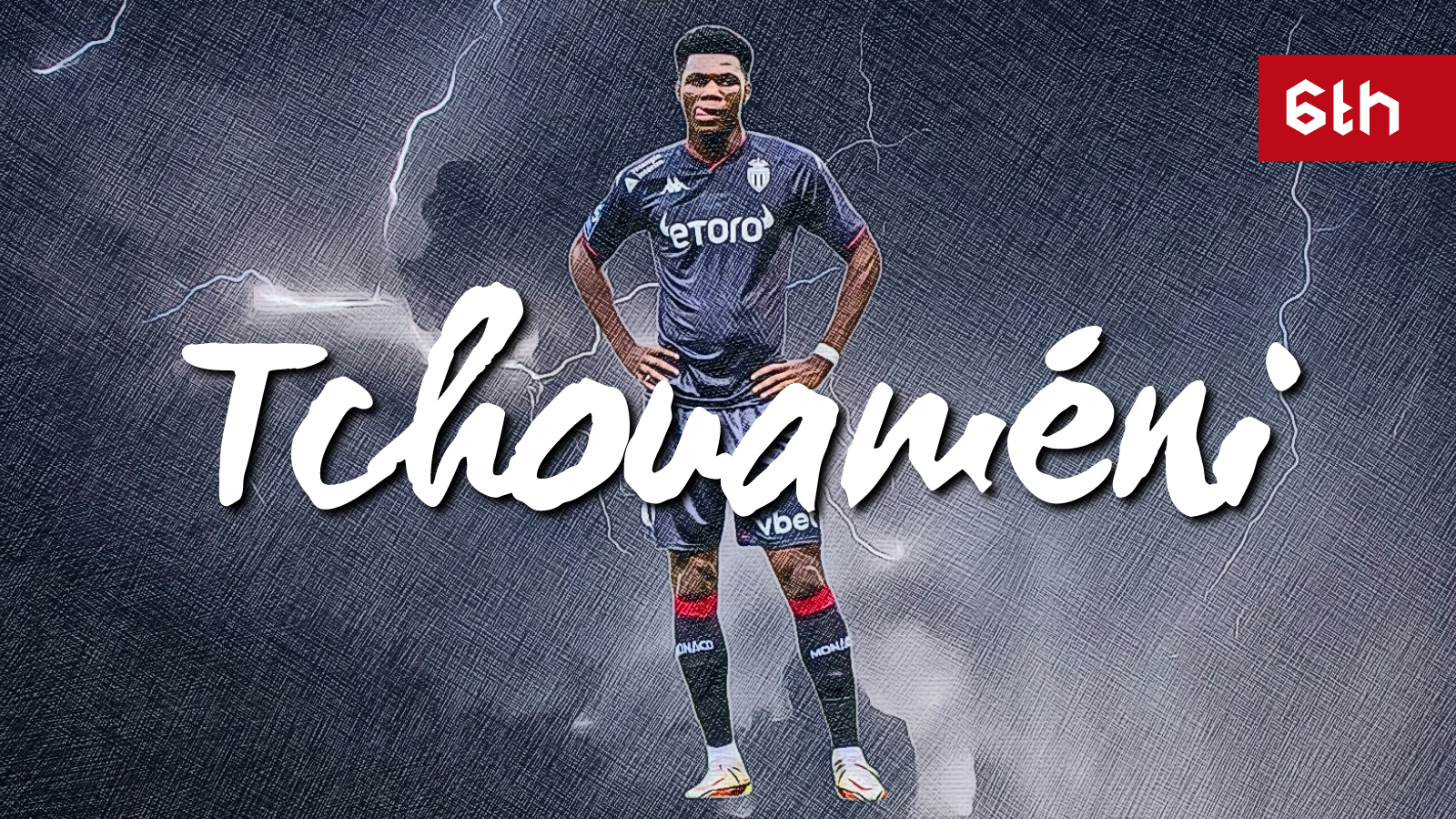 This article is part of GFFN’s French Player Of The Year Award 2021 countdown. Follow the daily feature series here on GFFN as we build up to naming the best French player in the world this year. Look out for 5th place tomorrow.

2021 has been a good year to say the least for Monaco central midfielder Aurélien Tchouaméni. From solidifying his place as a Monaco starter, after a tough first half season at the club, to gaining a call up for France’s under 21 EURO 2021 squad, to winning his first seven caps for Les Bleus, the 21-year-old is now undoubtedly one of France’s, and Europe’s, hottest young talents.

Born in Rouen in January 2000, Tchouaméni spent most of his early life in Bordeaux and joined the Bordeaux academy at age 11 from amateur youth side SJ Artigues. Also eligible for Cameroon through his parents before declaring officially for France in September 2021, the hard-working midfielder signed his first professional contract with Les Girondins in November 2017 at the age of 17. He would, however, have to wait until the following July to make his professional debut against Latvian outfit FK Ventspils, who were later suspended from European competition for match fixing, in the second qualifying round of the Europa League. He scored his first goal in the next round against Ukrainian side FK Mariupol before making his Ligue 1 debut three days later in a 2-0 defeat to Strasbourg.

After a successful start to the 2019/20 season, Tchouaméni signed for Monaco in January 2020. Such was his importance, Bordeaux failed to win any of the five league games the midfielder didn’t feature in up until his departure that season. With Tchouaméni, Bordeaux managed a 50% win ratio across 18 games, far from terrible for a club which in recent seasons has been fighting at the wrong end of the league table. Despite that good form, the young midfielder only managed three league appearances at Monaco before COVID-19 prematurely curtailed the season. The following year, Tchouaméni nailed down his spot in the Monaco starting eleven under newly appointed manager Niko Kovač, starting 36 league games.

Tchouaméni truly announced himself as one of the rising stars of the game. At just 21, he already has close to 100 Ligue 1 appearances, as well as having his first taste of Champions League football with Les Monégasques. In the summer, he was called up to Les Espoirs by Sylvain Ripoll for the under 21 European Championships, playing in all four games for France, who were knocked out by the Netherlands in the quarter-finals. Just a few months later, Didier Deschamps called Tchouaméni up to the senior squad for September’s World Cup qualifiers against Bosnia and Herzegovina, Ukraine and Finland, the Monaco man made his debut in the 1-1 draw with the Bosnians in Strasbourg. He would go on to feature in all six subsequent internationals this year, playing the full 90 minutes in France’s dispatching of Spain in the Nations League final in October.

Tchouaméni has quickly asserted himself as one of Ligue 1’s top defensive-minded midfielders. According to Fbref, his 2.56 interceptions per 90 minutes over the course of the last year puts him in the top 2% of midfielders across Europe’s top five leagues. Add this to his 3.86 tackles per 90 (top 3%), and you quickly grasp how exciting this young French talent really is. Despite his current role in the AS Monaco midfield being to sit deeper while Youssouf Fofana does most of the more attacking work, he’s shown in previous years that he can provide support to his strikers when necessary too – added two goals and four assists in the league.

This season-and-a-half of good form for club and country has not gone unnoticed. Reports have linked Monaco’s key man to almost every major European club in the last six months. Manchester Evening News reported in November that ‘Manchester City are open to talks’, while Marca reported that there is strong interest from both Real Madrid and Chelsea – the former being after long term replacements for the now 36-year-old Luka Modrić and 31-year-old Toni Kroos.

You get the feeling that Tchouaméni has dreams of playing for ‘bigger’ clubs, though he remains committed to Monaco. He admitted earlier this year to L’Équipe that he wants to win titles, become the best and leave a lasting impact on football. It’s clear that he will not want the Monegasque club to get in the way of his career should a sizeable bid come in for him in January or next summer.