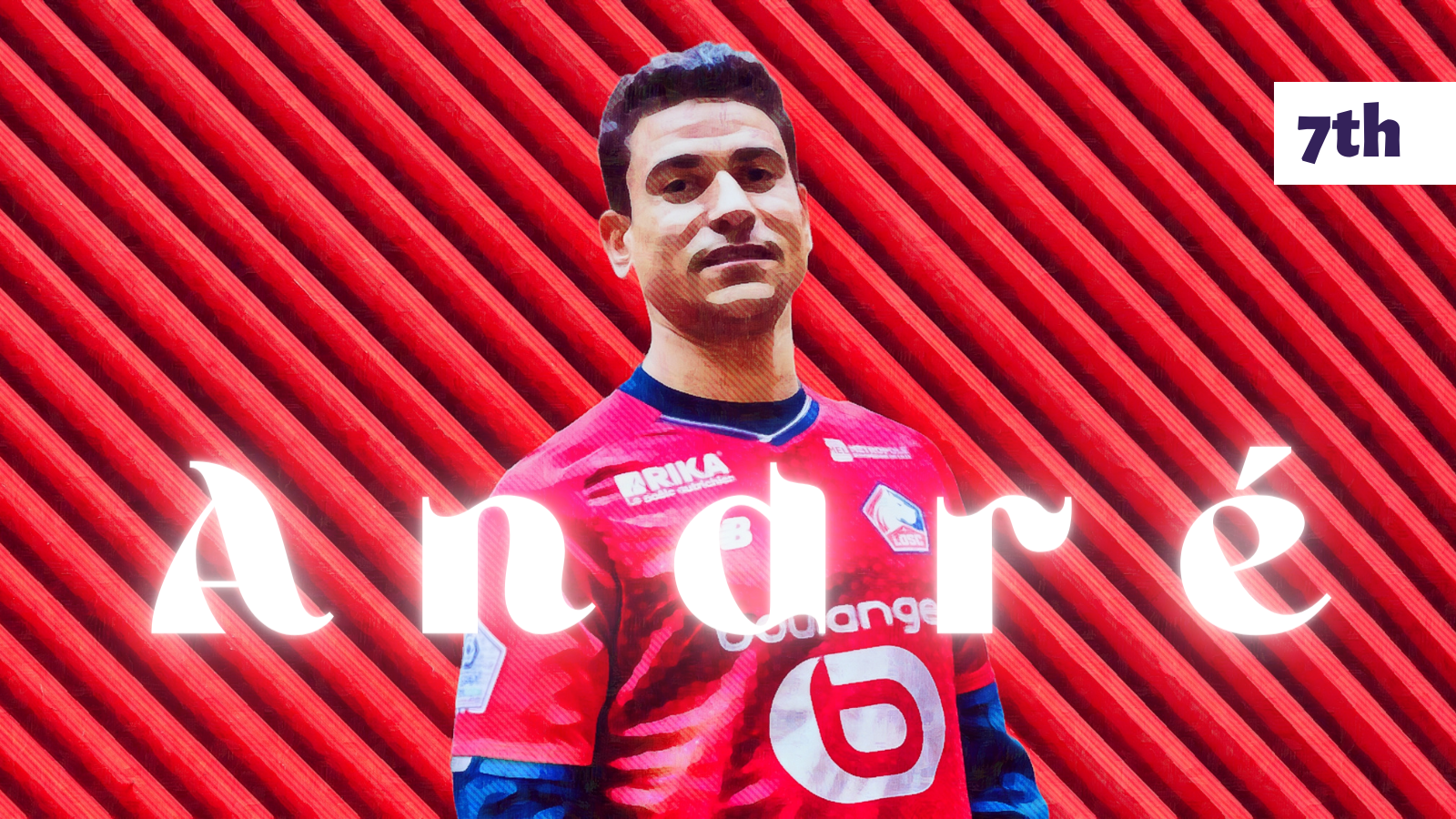 This article is part of GFFN’s French Player Of The Year Award 2021 countdown. Follow the daily feature series here on GFFN as we build up to naming the best French player in the world this year. Look out for 6th place tomorrow.

Out of all the names in the GFFN’s Player Of The Year ranking, Benjamin André’s is the most obscure. He’s mostly unknown outside of France, and he’s often seen as an unfashionable defensive midfielder to others inside. After all, he’s scored just a single goal in 2021. Make no mistake though, the 31-year-old fully deserves praise similar to that which Kylian Mbappé and N’Golo Kanté have received these past 12 months. Benjamin André has long been the heartbeat of Les Dogues and Lille’s title success couldn’t have been achieved without him.

Coming into the new year, Lille were the edgy outsiders in the increasingly close Ligue 1 title race. They had 36 points, but were only a point ahead of PSG in third. So, when André’s Lille were defeated on matchday 18 in January 2021 by Angers, a dip in form seemed likely. But Lille went up a gear, and so did Benjamin André. With 60 points available from Lille’s remaining 20 games, they picked up 47. André missed just two games, both through yellow card suspensions. This was hardly surprising, as Andre averaged more than two fouls per game – part of the scruffier side of the game at which he excels.

When Lille played Lorient in February, André made his 300th Ligue 1 appearance. Since 2011, when the Frenchman made his way into the first team at Ajaccio, no other midfielder has won more duels (over 2500) than André in Ligue 1 according to Opta. Lille’s then manager, Christophe Galtier, described André as “our locomotive. When you want to defend going forwards, he’s one of the best examples. He covers a lot for his teammates, he barks out the instructions and gives off a lot of energy.”

Lille’s locomotive certainly provided that energy in 2021. Only four other players finished the season with more completed tackles and interceptions according to FBREF, and, from February onwards, André was as energetic as ever. At the start of April, Andre put in a man-of-the-match display against PSG in a game that effectively clinched the title for Les Dogues. He finished the game with the most tackles and interceptions (11), the most blocked shots (3) and the most successful pressures (12) as per FBREF.

Let’s be clear, though, André is far more than just numbers. His battling mentality is infectious, although perhaps less so to his opponents. His hounding and hustling of PSG in that clash drove Neymar to the point of laying a hand on André’s face – a booking offense that crucially led to the Brazilian being sent off later in the game. That fighting spirit goes back to his childhood in Nice. After losing his father aged 10, André had to grow up quickly, and always showed a desire to win and fight. Going past PSG and into the final six games of the 21/22 season, it’s that spirit seen across the Lille squad which carried them to the title.

André showed other sides to his game too. Against Montpellier, two weeks after the PSG win, the Frenchman attracted praise for carrying the ball through the pitch like a box-to-box midfielder. Then, hosting Nice in May, with the away side down to ten after an early red card, André helped calm Lille down and control the tempo of the game with his intelligent passing. With a place in the UNFP Team of the Year confirmed, a win against Angers was all that was needed to secure André’s first major career honours, as well as Lille’s first title since 2011. Yet there was a touch of uncertainty  around Angers’ Stade Raymond Kopa that evening.

José Fonte, veteran defender and Lille captain, who had played more minutes than all but four Ligue 1 outfielders in 20/21, was suspended. Who better though, to take up the mantle of skipper on Lille’s decade-defining moment, than Benjamin André. It’s poetic that the unfashionable, modestly talented midfielder led out an equally modest and hardworking side as their figurehead on such an occasion. A team built on a strong mentality and spirit, André embodied the identity of that famous Les Dogues side more than anyone else.

Even after lifting the title, there was no romantic call-up to the French national team. André is yet to be awarded a senior cap after a decade in Ligue 1. Instead, André quietly got on with his summer before starting the new season by adding his third career trophy to his cabinet in August after Lille ground out a win in the Trophée des Champions against PSG in Tel Aviv.

Of course, Lille’s form has dropped off in 2021/22. They picked up just 24 points from their first 17 Ligue 1 games and eight from five in the champions league. André once again, though, has been ever-present. He’s missed just two games in all competitions. Perhaps if Lille had performed as strongly as they did at the beginning of the year at the end of it, André could rank even higher on this list.

Through sheer consistency and attitude, Benjamin André has been a role model to his fellow professionals. Heading into his mid-thirties, it’s unlikely a huge payday will arrive for André but no one in that Lille side though deserves the acclaim and awards more than him. André became the heartbeat of a team that will go down in French football history, and his brilliant year will not be forgotten.