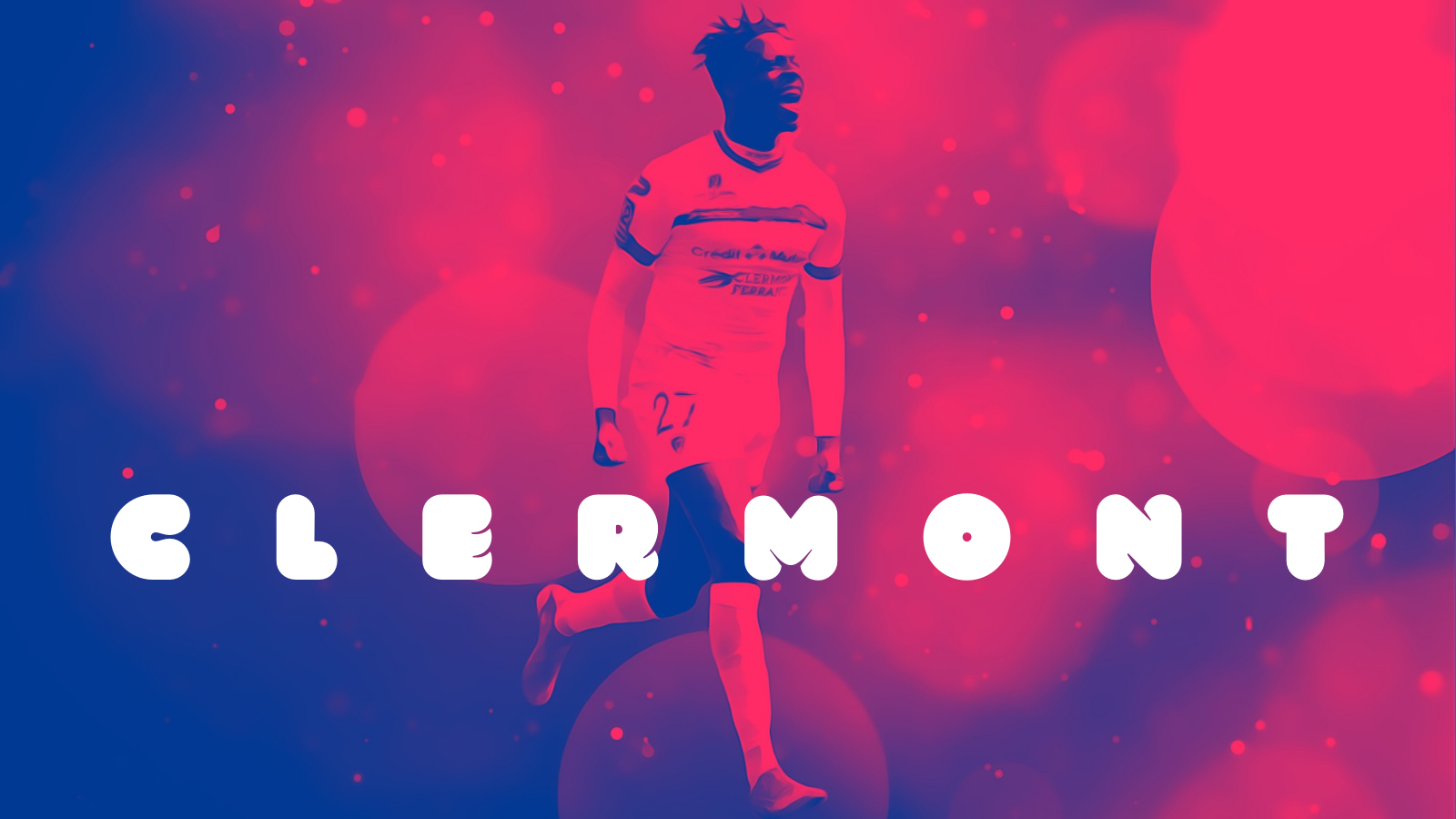 Leicester City in 2016. Wigan Athletic in 2013. Greece in 2004. Three examples of recent underdog stories. Although similar trophy success is unlikely, an underdog story like no other continues to unfold in France. From the Auvergne-Rhône-Alpes region, Clermont Foot were promoted to Ligue 1 for the first time in their history last season. Of the 19 other clubs in Ligue 1, 17 had already played in France’s top division before Clermont even became a club.

Formed in 1984 after a merger between Stade-Clermontois and AS Montferrand, Clermont-Ferrand Football Club, as they were initially known, were placed in France’s the third division before later being renamed Clermont Foot Auvergne 63 having dropped to the sixth tier. Les Lanciers fought their way back to Ligue 2 by 1993 but, by the time the 1996/97 season rolled around, they were back down in the fourth tier and fearing a fade into obscurity. Despite their recent rise, Christophe Chastang, arguably Clermont’s greatest ever player, only played three games in Ligue 2, all of his 150 goals coming in the lower divisions.

However, a dream Coupe de France run ensued and three professional sides were beaten – Martigues, Lorient and PSG – before Clermont were knocked out by Nice. Their first deep foray in a cup competition, it put Clermont on the map. Victory over PSG was even more impressive considering Clermont were 4-1 down before winning on penalties.

That success provided Clermont with a foundation to push on, returning to Ligue 2 by 2002. Relegation down to the third division in 2006 was short-lived as they immediately bounced back, becoming regulars in the second tier. However, the then average Ligue 2 team were little to write home about, never really challenging for promotion or seriously threatened by relegation.

In 2009/10 Michel Der Zakarian’s Clermont finished sixth and then fifth two years later despite being top of the table at the halfway stage. Clermont were knocking on the door of the top flight, but it wouldn’t budge. Then came a historic change.

In June 2013, Clermont dropped Auvergne from their name in a monumental move that then saw them appoint the first ever female to coach a men’s football team in France the following year, Helena Costa taking charge. “It should help the club enter a new era,” a club statement read. Clermont were the first club to recognise the value a female coach could have, blazing a trail for Europe to follow. Although, so far, nobody has followed suit.

Costa soon left due to off-the-field issues, but her replacement was also a woman – Corinne Diacre. Diacre spent three years at Clermont, leading the club to twelfth , seventh, and thirteenth. It was a ground-breaking achievement and, while she was unable to bring promotion, she proved that a female coaches were equally as capable as male coaches. Eventually, Diacre’s successor Pascal Gastien did manage to break Clermont’s Ligue 1 curse last season. Gastien slowly developed the team, establishing Clermont as a top half side and finished just three points off promotion in 2019/20.  Just 12 months later, with 72 points, Clermont finished second, and were promoted to Ligue 1 for the first time.

Upon reaching the top flight, many expected Clermont to struggle. However, the fairy-tale continued into Ligue 1 with two wins from their opening two games, putting Clermont top. It was a remarkable achievement for a team with a stadium capacity of just 13,000. On a shoestring budget, Gastien had managed to defeat 2009 Ligue 1 champions Bordeaux and fellow promoted club Troyes. Both were 2-0 victories, continuing an impressive defensive record after conceded just 25 goals in Ligue 2 last season, the fewest by 11. Consecutive draws against Lyon and Metz also impressed with their only defeat in six games coming against PSG. However, that strong defensive core that served them so well in the second tier fell apart in a 6-0 battering by Rennes.

Goalkeeper Arthur Desmas has been a concern. According to FBRef, Desmas’ post-shot expected goals, he has conceded 5.6 more goals than the average keeper would, unsurprisingly the worst record in the division. Nice’s Walter Benitez is currently top, saving 3.1 more than expected. Desmas joined last summer and impressed in Clermont’s promotion season but it hasn’t gone to plan in Ligue 1 – the quality of Ligue 1 attackers and his increasingly leaky defence notwithstanding.

Encouragingly, however, for now Clermont sit 14th, seven points clear of relegation. For a small club with no experience in the highest division, simply getting to Ligue 1 is an achievement for the ages, making defeats to PSG, Rennes and Monaco nothing to be ashamed of. Clermont even battled to victory against reigning champions Lille, showing their pedigree. Exceeding all expectations, survival is a real possibility this season.

Key to those hopes is striker, Mohamed Bayo. Bayo was Ligue 2’s top scorer last season, with 22, and it was his impact in the final third and clinical nature in front of goal, that fired Clermont to promotion. West Ham and Bordeaux showed interest this summer, and it seems increasingly unlikely that Clermont will keep hold of him next summer after a seamless transition to top flight football for the 23-year-old, Clermont-born striker. Bayo has netted six goals and grabbed two assists in just nine starts and is currently Ligue 1’s joint second top scorer. Kylian Mbappé, for reference, have five.

Clinical in the box, Bayo is a handful. Both of his goals against Troyes came from corners, the first six yards out following a knock down and some clever movement, the second a near post header. Those goals epitomised Bayo’s fox in the box style. Not only is he a strong, powerful forward with intelligent movement and goal scoring instincts, but also a strong ball-carrier. According to FBref, his 0.46 dribbles that lead to a shot per 90 ranks in the 90th percentile for forwards in Ligue 1 this season, while his 1.48 completed dribbles ranks in the 75th percentile.

He’s not a striker who can easily transition to the wings but Bayo isn’t limited to contributions inside the penalty area although that is where he’s strongest, with his non-penalty xG per 90 of 0.68 being in the 98th percentile in Ligue 1 this term. That kind of form sets him apart from the majority of forwards in Europe’s top five leagues and should be enough to keep Clermont up while earning himself a big move in 2022.

While Bayo has been deservedly grabbing headlines, one man who is quietly operating under the radar is Elbasan Rashani. The left winger has started seven of Clermont’s 11 league outings to date but has contributed four goals and assisted two more. A real workhorse, Rashani is combining his end product with 23.3 pressures per 90 which ranks in Ligue 1’s 91st percentile. He only joined from relegated Turkish side Erzurumspor in the summer but Rashani has already adapted to life in France.

The Kosovo international may only complete a measly 1.0 dribbles per 90, placing him in the 16th percentile for wingers in Ligue 1, but Rashani, just like Bayo, has been deadly. Taking shots from an average position of 10 yards out, Rashni is in the best 5% of wingers in Ligue 1 by that metric, and has scored three more league goals than Neymar and Lionel Messi combined. Rashani may already be 28, but, so far, he’s proven more than capable of performing in one of Europe’s top five leagues.

Clermont Foot are perhaps the most interesting club in Europe right now, with their niche history particularly noteworthy. But they’re also engaging to watch and, with Bayo and Rashani doing the business, survival should be achieved. The underdog may yet prevail once more.