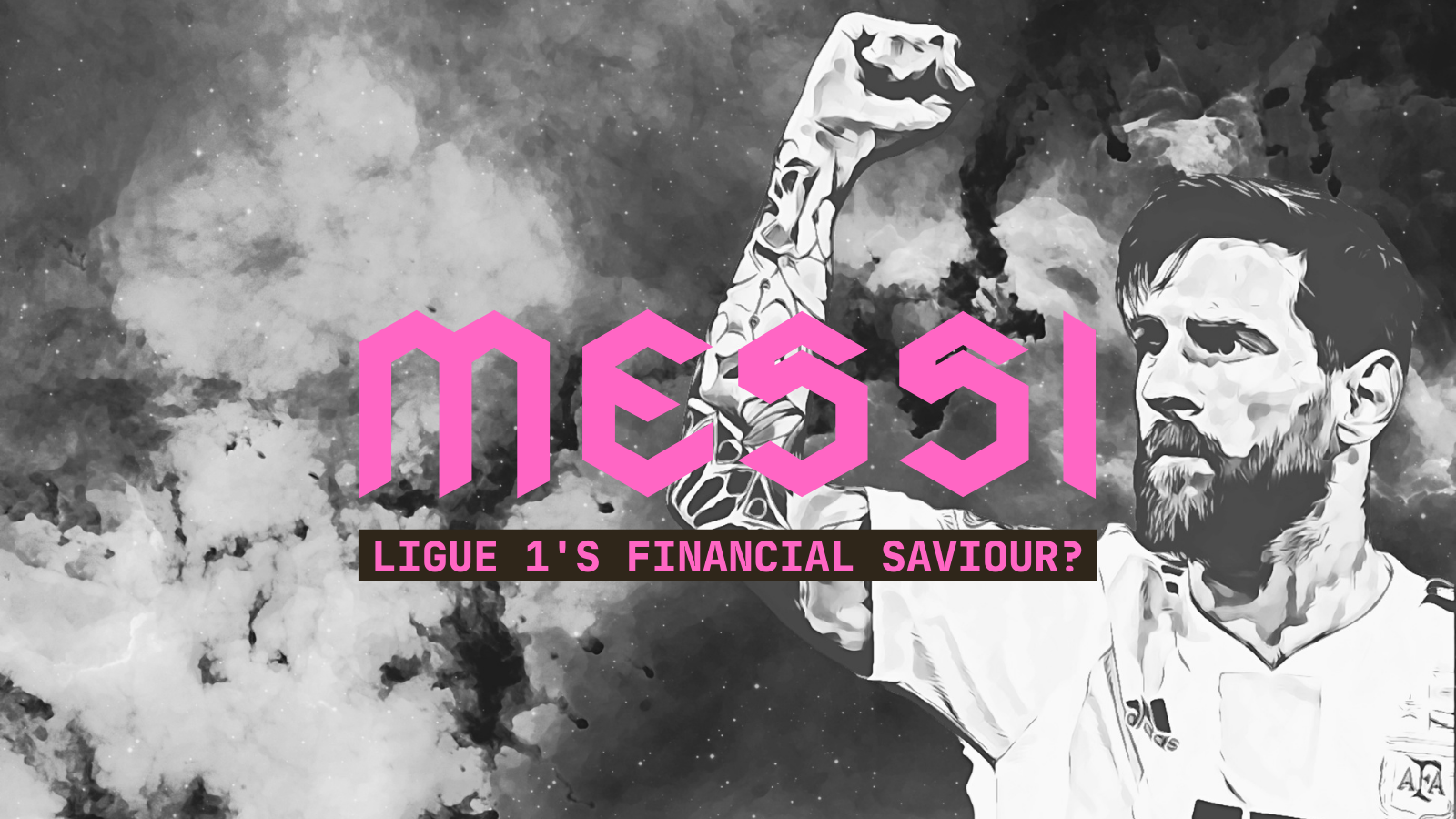 Zig-zagging out of the glass doors, meandering along the tree-lined Champs-Élysées, past shops and cafes and down into a metro station. Lionel Messi’s appeal was measured in metres rather than euros on Wednesday morning as the line outside PSG’s club shop grew with those desperate for a replica shirt bearing the Argentinian’s name. French football will be hoping that that attention generated by Messi’s arrival in Ligue 1 holds as it could have far reaching benefits well beyond increased PSG shirt sales.

As the reality dawned on French football that Lionel Messi’s move to PSG would be completed, wide-eyed disbelief morphed into unabashed glee. Some got a little carried away, like Brest coach Michel der Zakarian, who told reporters the prospect of Messi playing in Ligue 1 gave him a “hard on”, as well as Messi’s compatriot and French TV pundit Omar da Fonseca who, rather embarrassingly, yelled and chanted from the back of the 34-year-old’s presentation press conference.

Nevertheless, those involved with all areas of the French game have a right to be excited. Regardless of the on-pitch spectacle of Messi combining with Kylian Mbappé and Neymar and the prestige that comes with perhaps the greatest player of all time choosing to spend his final few prime seasons in Ligue 1, the flagging commercial profile of the league may be the biggest winner.

Following a catastrophic 18 months for the financial health of Ligue 1 amid the coronavirus pandemic which saw Ligue 1 cancel a third of one season, play another almost entirely behind closed doors and a potentially watershed €1.1bn domestic broadcast deal humiliatingly collapse, the French top flight is in desperate need of some renewed financial impetus.

A new domestic TV rights deal was finally settled earlier this month, following a legal battle between Canal+ and beIN sports over Canal’s initial refusal to pay their €330m share of the original Mediapro arrangement to show two games a weekend. Even so, Amazon Prime Video’s cut price €300m deal to screen the other eight matches has left Ligue 1 clubs 42% worse off in terms of broadcast revenue than they had expected to be just a year previously before Mediapro’s streamer Téléfoot collapsed. All stakeholders will be looking to Messi’s global profile and accompanying uptick in attention to push the league forward once more.

“It will be fantastic for us all… For TV rights and for the general marketing promotion of Ligue 1, it would be an undeniable plus,” Lyon president Jean-Michel Aulas told L’Équipe. Meanwhile LFP president Vincent Labrune, exclaimed “Messi is Magic!” and insisted that “the arrival of Lionel Messi at Paris Saint-Germain is a global event. It’s a historic day for French professional football.”

Despite the lack of a transfer fee, Messi’s PSG contract remains eye-wateringly expensive, even for PSG, with a timely relaxation of financial fair play rules lowering a significant barrier to the move. Where, in response to the financial effect of the COVID crisis, Barcelona, and the rest of La Liga, can now only spend 70% of turnover on player wages (Messi’s contract renewal would have taken them to 110%, hence the deal’s collapse) Ligue 1 have delayed the same rule by two seasons with PSG currently spending around 100% of their turnover on wages.

As a result, regardless of Messi’s €41m net yearly salary (a marked decrease on €75m at Barcelona), PSG are betting that the forward’s spell in Paris will at least pay for itself given that the player, directly or indirectly, accounted for 30% of Barcelona’s recent revenue alone, according to L’Équipe. Paris will be hoping for a similar impact at the Parc des Princes as Messi’s global appeal opens up new markets for sponsorship, pre-season tours and merchandise as well as the potential upward renegotiating of current deals across the board. Meanwhile, one estimate predicts an extra 500,000 PSG shirts could be sold following Messi’s arrival – the club shop had run out of both home and away jerseys little more than 24 hours after Messi’s signing.

Despite some unfortunate timing from the LFP’s point of view with Messi’s arrival coming just days after the new domestic broadcast arrangement was finally agreed, the league will still be looking to increase its foreign TV presence. As an example, Neymar’s presence in Ligue 1 helped sell broadcast rights for French games in the PSG number 10’s native Brazil where Disney’s streamer Star acquired exclusive rights to show the French top flight earlier this summer.

Ligue 1 desperately needs a boost in this regard. The Premier League receives more than €1.5bn in revenue per season from rights sold abroad, La Liga now generates €900m per year until 2024 while Serie A should also see a minimum of €200m. By comparison, Ligue 1’s guaranteed minimum is just €75m per season up to 2024. Although the fact that many foreign TV deals have already been agreed until 2024, when Messi’s contract – should a third year be activated – is currently scheduled to end, other markets still remain while Ligue 1 is also hoping to ride the wave of interest brought by Messi well beyond the end of his stay in Paris.

With ticket prices increasing for this season already, PSG are also looking to increase revenue further by renovating the Parc des Princes. “I love the Parc des Princes, but we need to expand the stadium,” PSG president Nasser al-Khelaïfi explained last week. “This is something very important for our future and for our supporters. Each big club today has a stadium with a minimum of 80,000 seats.” Parisian tourism could even enjoy a bump during Messi’s stay in the French capital. As Grégoire Kopp, of GRK Impact & Comms, a management agency, told RMC, “5% to 10% of tourists who went to Barcelona, went there for Messi.”

With perhaps the greatest footballer of all time now a Ligue 1 player, PSG will be more focused on Champions’ League success than ever. In the background, however, the club, the LFP and even rival teams will be hoping that the queue of potential new sponsors and broadcasters will be as long as that line of PSG fans stretching down the Champs-Élysées.