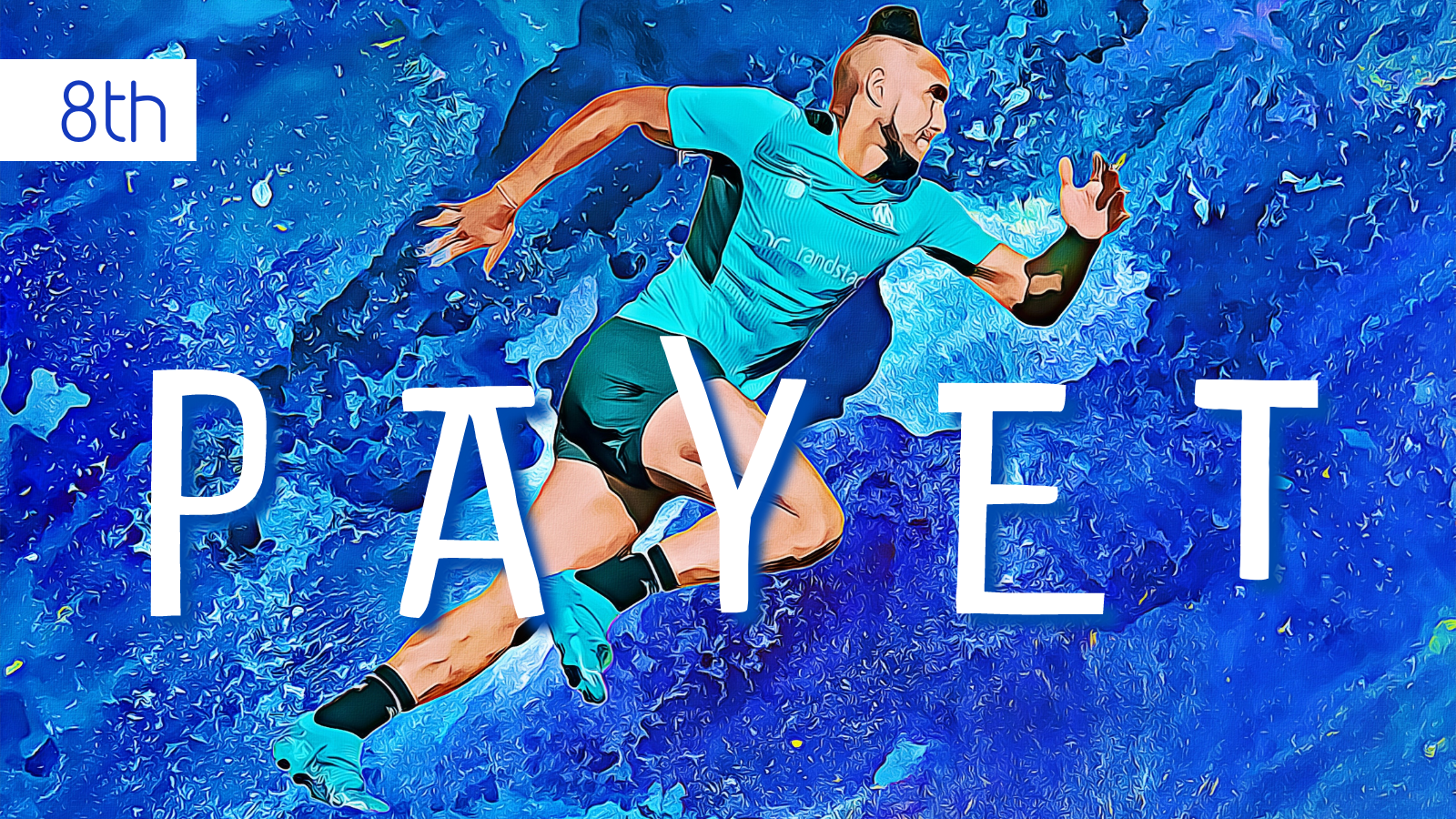 This article is part of GFFN’s French Player Of The Year Award 2021 countdown. Follow the daily feature series here on GFFN as we build up to naming the best French player in the world this year. Look out for 7th place tomorrow.

He’s often portrayed as a monster in a monstrous world. This reputation will never evade him as long as he remains in Marseille. There is no denying, however, that Dimitri Payet has delighted the masses with his charm on the pitch for many years. 2021 was no different. More rotund in the twilight of his career, Payet still captivates audiences like no other on his day. Former Marseille coach André Villas Boas once said of his playmaker, “Barcelona are Messi dependent, Juventus are Ronaldo dependent. If we’re Payet dependent, we’re Payet dependent.”

Such is the weight of Payet’s talent, misgivings are often overlooked by managers. Jorge Sampaoli, Marseille’s current boss, is no different and is forged from the same fire as the Frenchman. Following Payet’s devastating injury in the 2018 Europa League final – he subsequently missed out on France’s World Cup victory that summer at the age of 31 – with his international future effectively over, many wondered what his motivation might be like going forward. However, at the ripe old age of 34, by the start of December Payet had registered 13 goals and 14 assists this calendar year.

For all his glorious talent, Payet has always drawn ire from opposition (and often his own) supporters. Most recently hit by a bottle thrown by a fan during Marseille’s abandoned match against Lyon, Payet and his space buns have been a frequent target for opposition fans in 2021. Similar incidents occurred both on the opening day of the season against Montpellier and against Nice, where Payet was again struck by a projectile. On that occasion he reacted by returning the object back into the crowd with force. While there’s obviously no defence for Payet’s actions in that instance, he has been let down by the league, who have consistently failed to identify security risks in French stadia – a common theme so far this season.

The current commotion around Marseille, dangerous and unpleasant as it is, serves to drive Payet. He feeds on the chaos of it all. Having already tallied six goals and seven assists in Ligue 1 this season by the start of December, his form appears undeterred by outside forces. Of course, the man from Réunion has always had a chequered history within French football. Rejected by Le Havre at the age of 16, Payet admitted that he was not fully committed to the standards of professional football. “I don’t blame Le Havre. Back then I wasn’t an easy person to handle. I was always one of the first to mess around,” he explained.

However, his consistency this late into a career often bellies his professionalism. Teammate at West Ham, goalkeeper Darren Randolph, admitted that eyebrows were raised when he first joined the club. “The first couple days of pre-season we had to do some running. He was in the back with me. But as soon as the footballs came out, we knew straight away we had a player.” Payet wowed West Ham fans with his creativity and established himself as one of the elite players in the Premier League during the 2015/16 season. However, questions still remained as to why he joined a mid-tier Premier League club as opposed to one of Europe’s elite.

After lighting up Euro 2016, and claiming a nomination for that year’s Ballon d’Or award, Payet opted to re-join Marseille, taking a pay cut to do so. Something about the turbid seas of the Mediterranean seem to draw him back as his career often mirrors the glorious chaos of Marseille. Each manager that passes through OM also seems to entice Payet back to form just when he seems to be losing focus, whether that be through the faith he had in Marcelo Bielsa’s dynamism or the trust shown in him by André Villas-Boas.

In Jorge Sampaoli, Payet has a manager who reflects his fervent enthusiasm for free-flowing, attacking football.
They mesh well, even if their enthusiasm often boils over as seen in their recent altercations at Nice following the mass brawl that ensued after the projectile throwing incident. On that occasion, Payet had to escort a clearly agitated Sampaoli from the pitch.

While he may have latent hopes of making a late career cameo for the national side, Payet has all but conceded that domestic and European competition with Marseille is his only objective. OM currently sit 3rd in the Ligue 1 table, two points off the automatic Champions League spot with a game in hand over their immediate rivals. Boosted by the arrival of Arsenal loanees Mattéo Guendouzi and William Saliba, as well as the €20m signing of Brazilian midfielder Gerson, Marseille will look to return to Europe’s elite competition next season.

For the talismanic Frenchman, he will be hoping for one more swan song before he slips into the black, oily panic of the Mediterranean night.