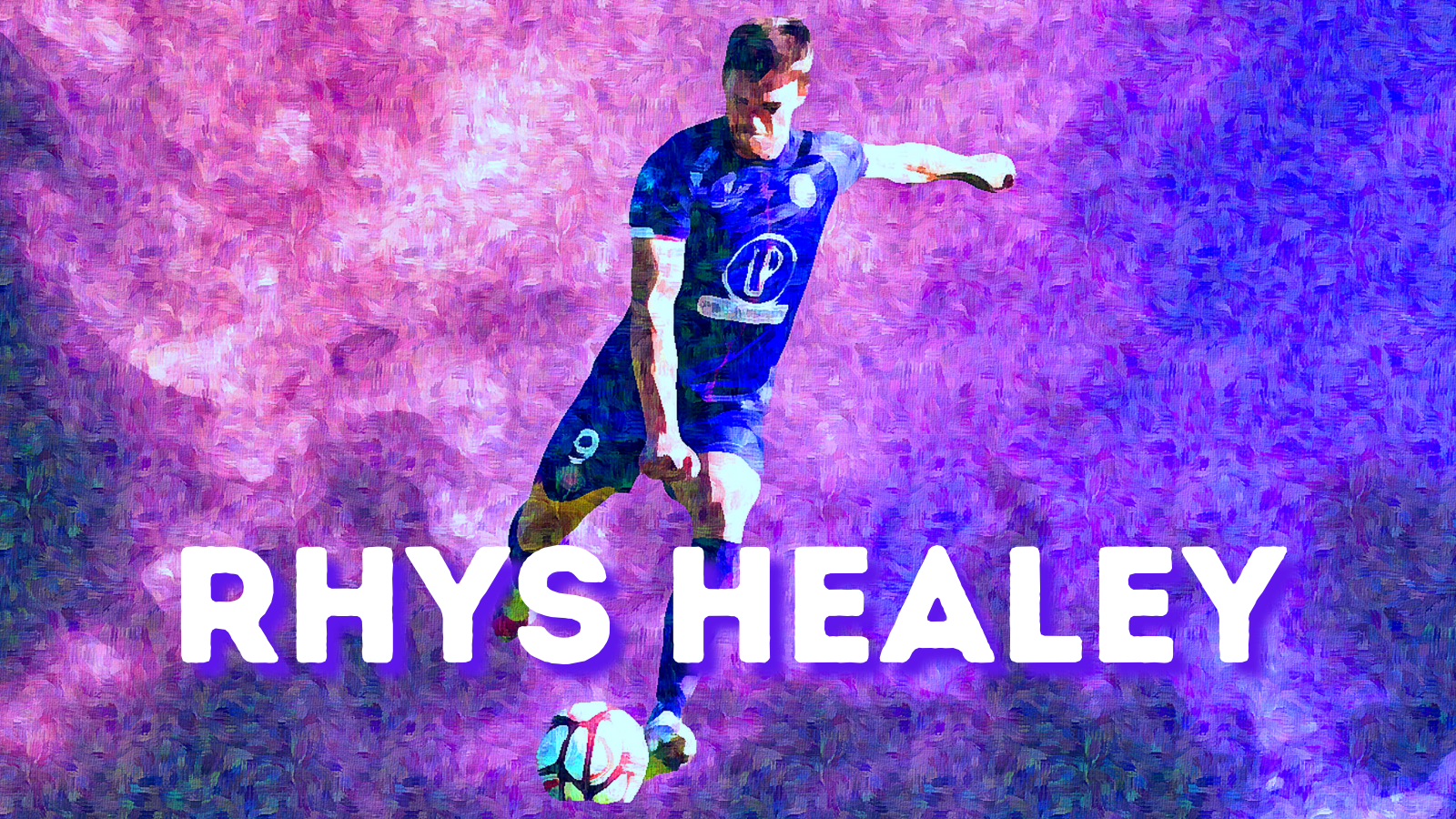 This weekend, Ligue 2 leaders Toulouse made an impressive, but hardly surprising, comeback from 2-0 down away at Paris FC to take a point and retain their position at the top of France’s second division table. The equaliser was an 85th minute masterpiece scored by a player who is fast becoming one of the league’s premier talents. With five minutes left, Rhys Healey received the ball with his back to goal just inside the 18-yard box, surrounded by four Parisian defenders. With the ball still bouncing, he shifted to give himself half a yard of space and, on the turn, buried his shot in the side netting with his weaker left foot to level the game.

If you’ve kept even half an eye on Ligue 2 this season, Rhys Healey is a player you’ll be well aware of. Healey currently sits atop the second tier’s scoring charts, with eight goal in twelve games, and that’s without taking responsibility for Toulouse’s penalties, of which Dutch midfielder Branco van den Boomen has totted up three already this season. What is perhaps more of a shock is Healey’s journey up to this point.

Like van den Boomen, Healey arrived in Toulouse last summer, both players signing for around £500,000. But, to British ears, Healey’s name piques interest. As it is, players from countries outside of the Francophonie are a rarity in Ligue 2. Other than France, the most common nationalities are Senegal (26 players), Cameroon (13), Mali (9), Algeria (9), Côte d’Ivoire (9) and Morocco (9). Rhys Healey makes up one third of the English players in Ligue 2, the other two being 22-year-old Nancy goalkeeper Nathan Trott, who is currently on loan from West Ham, and now 21-year-old Jonathan Panzo, the Dijon defender who won the under 17 World Cup with England in 2017.

However, while Trott and Panzo might still be considered youth prospects, Healey is reaching his peak at 26. Born in Manchester and starting out at Welsh side Connah’s Quay Nomads, his route to Toulouse has been one of frustration and perseverance, having played in all of England’s top five divisions as well as both the Welsh and Scottish top flights having moved to Cardiff in January 2013, following impressive form in the Welsh Premier League.

There, however, he struggled to make his mark on the squad. A first-team debut didn’t arrive until over a year after his transfer, on the final day of the 2013/14 season when Cardiff had already been relegated from the Premier League. On that day, he got fourteen minutes against the Chelsea of Eden Hazard, Mohamed Salah, Oscar and Fernando Torres. Afterwards he was loaned out to five different clubs throughout the English and Scottish footballing pyramid, including National League club Torquay, League Two’s Newport and Colchester of League One.

It was while on loan to Milton Keynes Dons that Healey’s form began to finally pick up. Joining for the first half of the 2018/19 season, the Mancunian scored eight in eighteen appearances, helping the Dons to promotion to League One. During the second half of the season, he added three more Premier League appearances with Cardiff, with whom he was eventually relegated for a second time. Understandably, Healey then chose to sign with MK Dons on a permanent basis for the 2019/20 season.

Before the suspension of the season in Spring 2020 due to the pandemic, Healey scored eleven goals in nineteen appearances, making him the club’s top scorer and was subsequently voted the Dons’ Players’ Player of the Year. It was this impressive form that attracted Ligue 2 club Toulouse in the Summer of 2020. Despite his positive experience in Milton Keynes, Healey chose Toulouse, a decision which has again reignited his career.

Upon signing for the southern side, Healey received the number nine shirt, one which fits his style perfectly. He is as traditional a centre forward as they come, with his strongest attributes being positioning, finishing, composure, heading and strength. Of the 23 goals he has scored for Toulouse in the last 15 months, all but one have been from inside the box while more than a quarter have come from inside the six yard area.

However, as his goal against Paris underlined, it would be unfair to say he only scores tap-ins. The majority of his goals display an impressive calmness and confidence, particularly when faced with a number of defenders in tight areas. He always seems to be in the right place at the right time. Even when Toulouse score without his direct contribution, Healey is always in shot, anticipating a rebound or a deflection. As a result, he has become a fundamental part of the Toulouse squad, only missing one game this season and starting every other fixture. Last term, he made the most appearances in one season for with a single club (36) in his entire career, the previous best being 23 with Newport in 2016/17.

Rhys Healey is finally settling in to a club for the long term, grasping his opportunity. However, should his form continue, it’s not difficult to imagine interest from bigger sides from around France and Europe. The choice between staying put or moving on once more would certainly be a tricky one. But, for now, his sights will be firmly set on getting TFC back into Ligue 1. Should the Englishman’s purple patch continue, promotion, much like Healey’s strike at Paris, would hardly be a surprise.