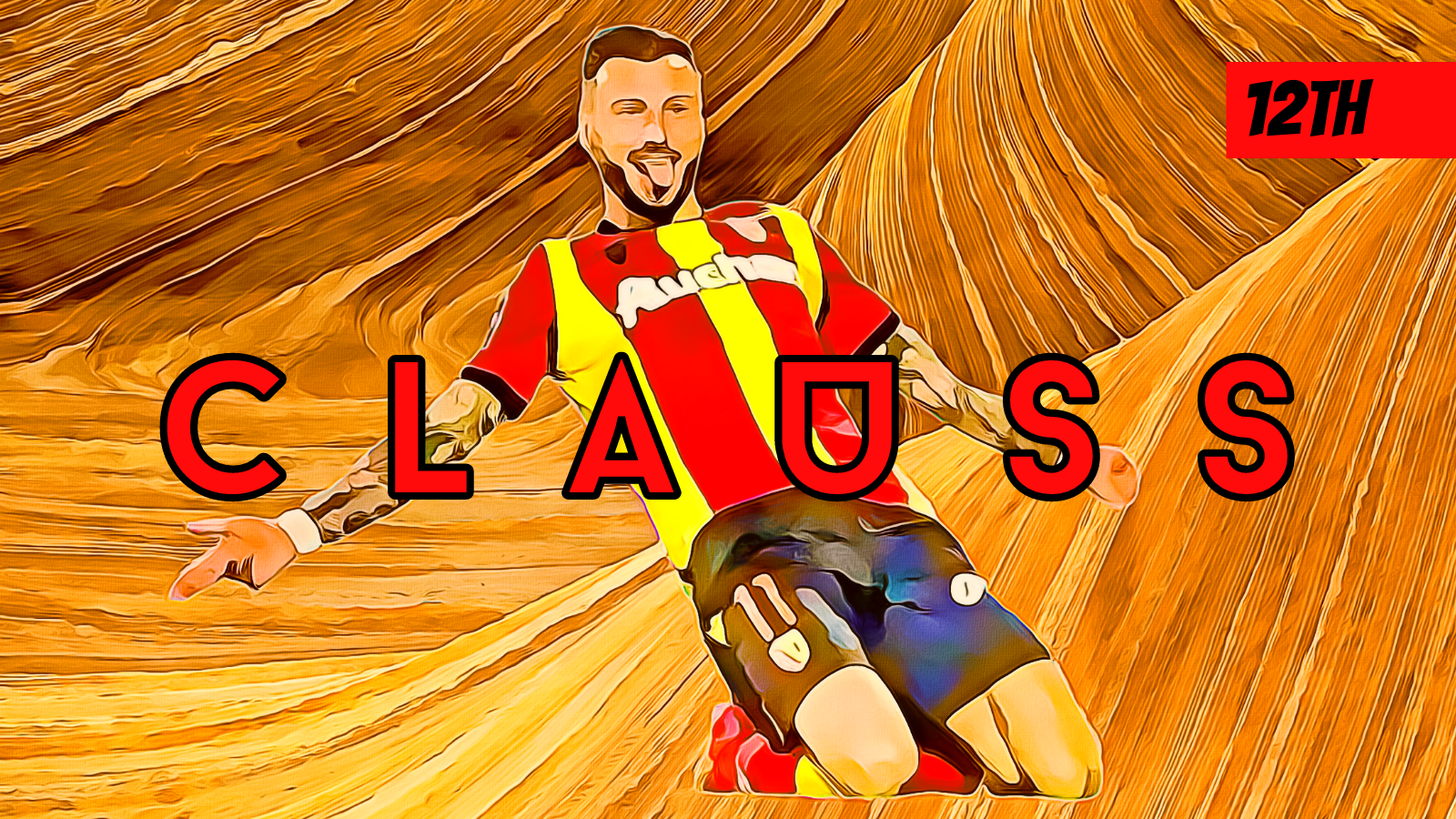 This article is part of GFFN’s French Player Of The Year Award 2021 countdown. Follow the daily feature series here on GFFN as we build up to naming the best French player in the world this year. Look out for 11th place tomorrow.

Vauban Strasbourg, SV Linx, US Raon-l’Etape, US Avranches, Quevilly Rouen, Arminia Bielefeld and Lens. Those are the clubs that Jonathan Clauss has played senior football for. It’s far from an impressive list and certainly not on the level of Paul Pogba’s Juventus and Manchester United, or Raphael Varane’s Lens, Real Madrid and Manchester United. Nevertheless, the flying right-back has finished higher than both of those superstars in our French Footballer Of The Year Award for 2021, and for good reason.

Now 29, Clauss’ first taste of top flight football only came when he made the switch from Bielefeld to Lens in summer 2020, but it certainly didn’t look like it. For someone used to playing in the lower echelons of French football before joining Arminia, his adjustment to Ligue 1 action went as well as it could have. Arriving after five goals and eight assists in the German second division, helping Bielefeld to promotion, Clauss’ attacking intent was again evident last term. Constantly providing a threat in the final third, he was the outlet Lens most often looked to hit. His turn of pace allows him to overlap his winger and get to the by-line before delivering a cross. Clauss has variation to his game too, his wicked deliveries from deep are Lens’ secret weapon and he’s unerringly consistent in finding teammates.

Not only does he have the pace and power to get around his opponent on the outside, Clauss also has the technical proficiency to drive inside with the ball and enter midfield. It’s an underrated trait in full-backs, with many becoming hesitant and indecisive in central areas. Playing as the right-wing-back in Franck Haise’s 3-4-1-2 system, Clauss is given license to stay high and wide and, due to Lens’ ability to get the ball to him so quickly, he often catches opponents unaware. It’s a credit to Haise’s system, but also to Clauss himself. The tactical side of a wing-back’s game is never really considered, but it takes strong match intelligence to play the role well and Clauss has the footballing brain needed.

Donning the number 11 shirt, you’d be forgiven for thinking Clauss is a right winger but, while he’s often found inside the opponents’ final third, he doesn’t ignore his defensive responsibilities. Not only is he Lens’ primary attacking outlet but Clauss is also their most aggressive and front-footed defender. His 4.6 tackles and interceptions per 90, according to WhoScored, ranks first of Lens’ regulars, underlining his true box-to-box capabilities.

PSG’s Achraf Hakimi is currently Ligue 1’s superstar full-back but, in 2021/22, the Moroccan has been outshone by Clauss. Second in Ligue 1 for assists at time of writing, the Lens man is having the season of a lifetime. With Didier Deschamps altering his France system to a 3-4-3 in recent games to accommodate Theo Hernández, Lucas Theo Hernández and Jules Koundé in their favoured positions, while enabling a front three of Kylian Mbappé, Karim Benzema, and Antoine Griezmann, Clauss is a viable option for Deschamps as right wing-back. None of France’s current squad really suit the role, yet it perfectly compliments Clauss’ style. If his form continues, a first ever call-up should be on the cards.

Clauss genuinely has it all. He pairs defensive nous with 2.3 key passes per 90, more than Mbappé and Lens’ creative midfielder Gaël Kakuta. Although he isn’t much of a dribbler, he compensate with his vision and enticing deliveries. Lens’ entire system is built almost exclusively around getting the ball wide to Clauss, as the final game before the November international break demonstrated. The Frenchman scored once and picked up two assists in a truly excellent individual display as Lens swept Troyes aside in a 4-0 victory.

2021 has truly been a breakout year for Clauss, starting as a relative nobody, to becoming one of Ligue 1’s shining lights, he’s taken great strides in all facets of his game. Lens have unearthed a true gem. Not particularly flashy, Clauss does plenty of his work in silence, yet he almost always stands out. Lens as a whole have been one of the standout Ligue 1 teams of 2021 and Clauss has certainly helped. For a side only promoted after the initial outbreak of COVID-19 forced Ligue 2 to be halted early in 2020, they have thoroughly impressed. For a team punching above their weight, it’s perhaps fitting that someone like that late developing Clauss is shining brightest.