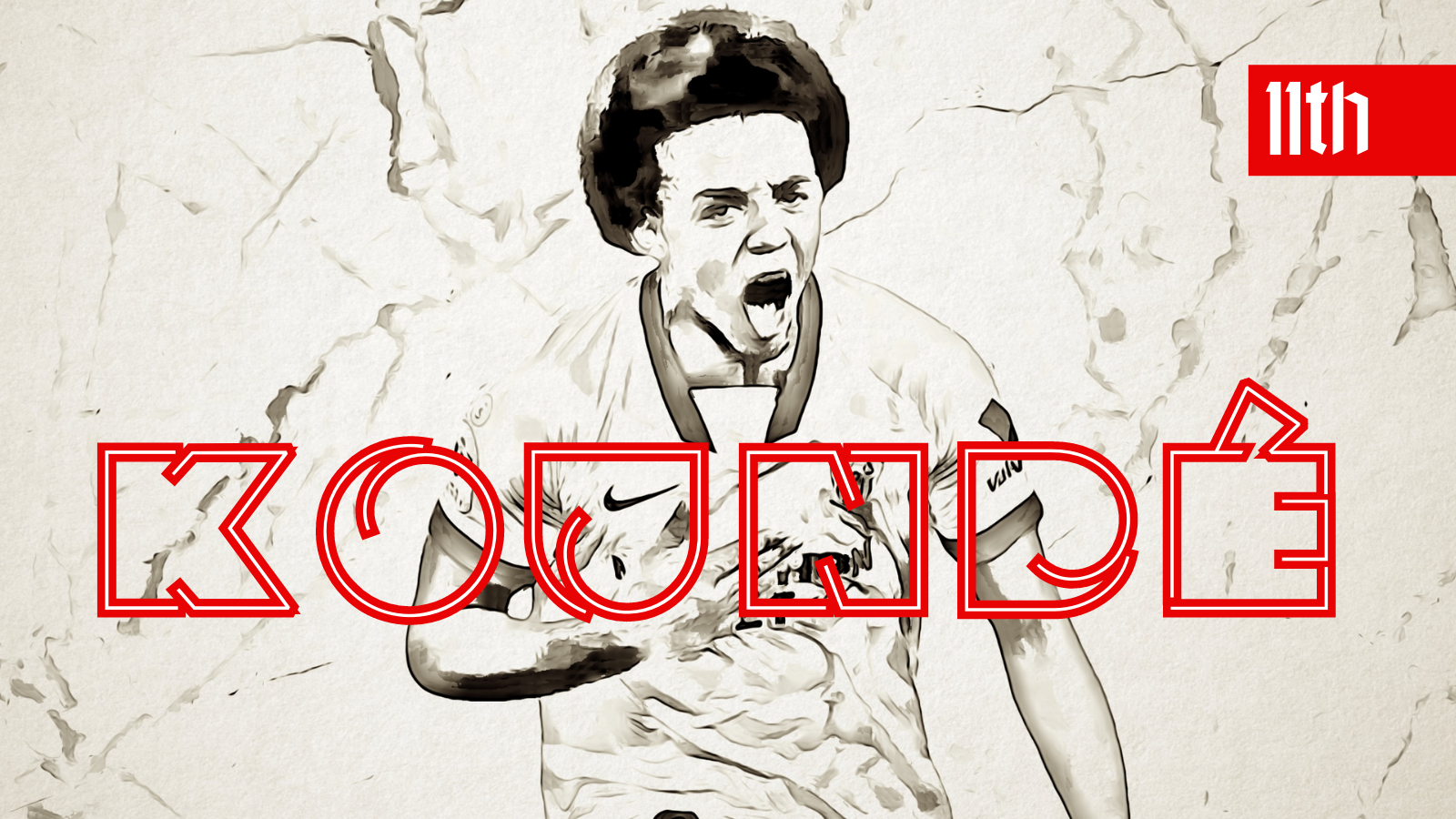 This article is part of GFFN’s French Player Of The Year Award 2021 countdown. Follow the daily feature series here on GFFN as we build up to naming the best French player in the world this year. Look out for 10th place tomorrow.

“What about the other guy?” Monchi asked reporters. After the famed former keeper turned sporting director extraordinaire returned to Seville from a failed fling in Rome, the Andalusian club’s squad was re-designed in summer 2019. Almost an entirely new team was signed, including a new centre-back pairing made in Ligue 1. Although the powerful former Nantes’ defender Diego Carlos took much of the initial attention, Monchi chose to focus on then 20-year-old Jules Koundé. Such has been the Frenchman’s impact since, that Barcelona, Manchester City and Chelsea have registered serious interest. It seems Monchi wasn’t alone in asking that question.

Born in Paris “a reserved, shy boy who takes time to trust others,” as the defender describes himself, Koundé moved to the Bordeaux area as a small child. “I loved to laugh, tease and make fun too, but above all, I have always loved football.” Koundé explained to Onze Mondial last year. Young Jules’ love for football was so all-consuming that his mother was forced to enlist a therapist to help her son deal with defeats.

“When I started playing football in my village we had a bad team.” Koundé recalled. “I couldn’t stand losing, it was driving me crazy. I had a period when I was 8 or 9 when I was terrible with my mother. It was impossible to talk to me, I was even mean… My mother went to see someone for advice because she couldn’t handle me.” Eventually Koundé moved clubs, his mood settled and he was spotted by former Bordeaux forward Yannick Stopyra at under 13 level.

Naturally a centre-back, Koundé was often moved to right-back during his time at Bordeaux’s academy due to his relatively diminutive stature. Frustrated initially, Koundé learned to adapt. “Growing up, it was often said to me that my size could be a problem for managers,” the player said. “It’s true that sometimes at my height you can’t always challenge in aerial duels but you can always manage the opponent. I’ve always had good timing, I like aerial duels and I jump relatively high, so that really helps.”

Initially thrown into the first team as Jocelyn Gourvennec’s disastrous Bordeaux reign came to an end, although Koundé’s first senior start was in a humiliating Coupe de France defeat to fourth tier Granville in January 2018, the incoming Gustavo Poyet was impressed and Koundé quickly became an undisputed starter. Although often a rare source of pride for FCGB fans in turbulent times, the growing pains of a young defender remained obvious as a wasteful and timid display in the 3-3 draw with newly promoted Nîmes that year showed, as did a pair of errors in the 2-1 Europa League loss at Zenit in late 2018.

Despite impressing from the outset, sloppiness characterised Koundé’s early low points, a failing the player has been quick to admit. “I lack consistency in my concentration.” Koundé conceded last year. “During brief moments I lose focus. Tactically, with my positioning, I still have some progress to make. Sometimes I compensate because I move relatively fast and because I have a good sense of anticipation. But I know I’m not always in the right place at the right time.”

With Bordeaux, Koundé’s performances often fell into one of two categories. At his best he was a rumbustious, intelligent, technically gifted defender who dominated his third of the pitch. However, still young and inexperienced, Koundé could also retreat into his shell and lose concentration, aggression and presence, which in turn bred some poor decision-making. Nevertheless, despite some outliers, such as the wayward display in the loss to Lyon which drew a 2/10 rating from L’Équipe, by the end of the 2018/19 campaign a consistent, classy and imposing performer was starting to emerge.

Given Monchi’s penchant for identifying cost-effective yet high quality talent, the fact that the €25m Sevilla spent on Koundé is still a club record underlined the player’s potential. “We trust him and we believe that he is a player of the present with a great future.” Monchi explained upon Koundé’s arrival in Seville. “He’s not tall but he is good in the air, aggressive, fast and has good ball movement… Those who know him know that there is less risk than there may seem.” Monchi insisted that “Sevilla have made an important investment… He is very calm and does not give a damn if he is the most expensive or not.”

Despite an undulating start, notably conceding a penalty in an all-round shaky display against Eibar, in just one season Koundé became one of the best centre-backs in La Liga. Mistakes were slowly eradicated as he exuded a new-found fiery intensity which was often lacking in Ligue 1 which led to the moniker ‘Cafu.’ After the “catastrophic” Eibar game, Koundé reassessed. “I just thought, ‘Why is this happening? What did you do wrong? Were you well prepared?’ The answer was ‘no.’”

Now, instead of shying away from pressure, the young Frenchman actively welcomes it. “I win more head-to-head duels than Sergio Ramos because the opponents don’t dare play long to Ramos,” Koundé recalled. “They say to themselves that it will be easier against Koundé, and that motivates me.”

Although still a little forgetful off the field, “I am a bit of a dreamer,” Koundé admitted, “I lose my keys all the time. I’ve already lost my passport three or four times,” the defender’s thoughtful persona is exemplified by his social media presence, often speaking out on issues of social injustice. “If I didn’t, it would be denying who I am,” Koundé says. “There are things that piss me off in this world and I cannot hide from them. There are too many injustices.”

After a failed bid from Manchester City last year, Marca reported that City director Txiki Begiristain was supposedly “in love” with Koundé. And who can blame him? There’s a lot to love about Jules, and with Chelsea routinely linked after an unerringly consistent year in the centre of defence for a side challenging on all fronts while also breaking into the France national team, the mammoth transfer fee needed to secure his signature may start to look more appealing too. Wherever Jules Koundé’s career may lead, one thing is for sure – he’s no longer just “the other guy”.