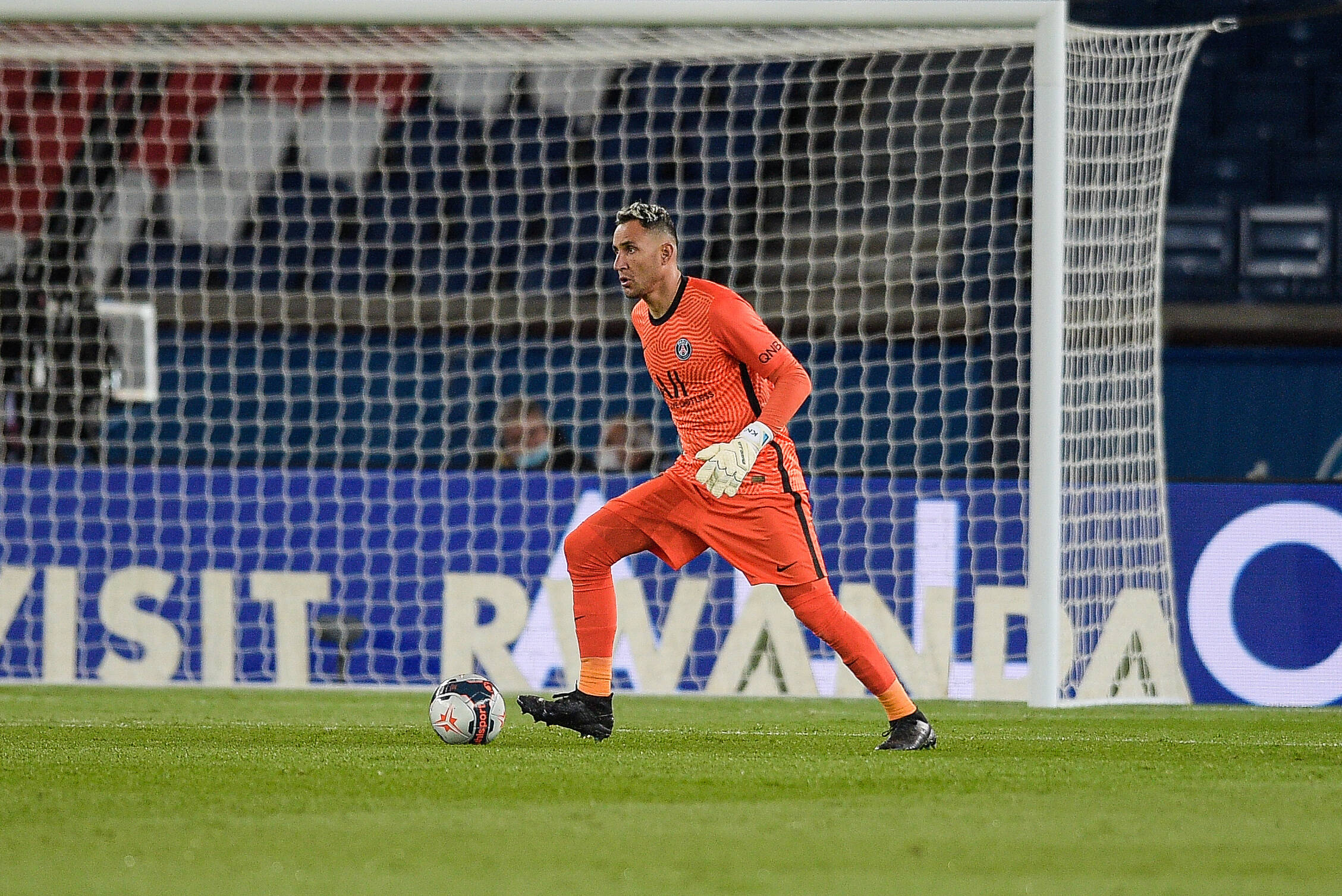 Those that have watched Ligue 1 closely for the last couple of years will know that Keylor Navas has elevated himself to the top of a very talented list of goalkeepers plying their trade in France.

Ligue 1 has arguably had the best collection goalkeepers in European football for some time but strangely Paris Saint-Germain has not been amongst the clubs boasting one, until now.

Salvatore Sirigu was the last goalkeeper PSG fans had any kind of affection for, but the efficient Italian famed for his shot-stopping was not of the level required to move the clubs ambitious project forward.

Kevin Trapp’s error-laden start to his time in the capital set alarm bells ringing early on and Alphonse Areola, although excellent at times, could not provide the kind of consistency and trust required for the club and its fans. Appreciation in any job breeds confidence and Navas has felt the warmth of the club and its supporters since arriving in the capital in 2019 for €15m.

Navas, 34, said: “I feel the affection of everyone here in Paris. Here at PSG, things are a little different (to Real Madrid) Everyone believes in me, and I try to give them confidence back every match.”

Which poses the question of why Real Madrid felt it necessary to replace the three-time Champions League winner during the peak of his career? Prior to Navas’ Madrid exit, manager Zinedine Zidane said: “I cannot image the team without Keylor Navas. He has always been an important player for us.”

It felt unwarranted at the time, but Real Madrid’s swoop for Thibault Courtois has not ever felt as though it was an upgrade on what they already had in Navas.

Real Madrid’s loss has undoubtedly been PSG’s gain. The French champions have been repeatedly linked with over-priced replacements such as Jan Oblak, Gianluigi Donnarumma and David de Gea. But smart business from Sporting Director Leonardo solved PSG’s long-standing problem position with a goalkeeper in better form than those mentioned, at a fraction of the price. PSG have often settled for mediocrity between the posts, which is perhaps a sacrifice the club was willing to make to compensate for the attacking talent they were able to boast.

The best goalkeepers always rise to the occasion on the biggest stage and previously, PSG’s shot-stoppers too often shied away in key moments. Kevin Trapp’s trepid performance in the 6-1 defeat to Barcelona in 2017 was amateurish and likely provided the trigger for his eventual departure from the club.

In comparison, Keylor Navas’ incredible 10-save display at Real Madrid in November 2019 helped PSG take a point from a game they were defensively poor in and should have been comprehensively beaten. This is the difference between the two. The acquisition of Navas has been a game changer. PSG have inherited a serial winner and an experienced campaigner with know-how of getting over the line in the biggest matches. For a club aiming to reach the summit of European club football, that is invaluable.

The Costa Rican’s ability to save penalty kicks is a welcome relief to many at the club and something PSG have struggled with for a long time. As Lionel Messi stepped up to take the penalty last week, the feeling was that it was not against the realms of possibility that Navas would save Messi’s effort, and so it proved. Some are already hailing the Costa Rican as the best goalkeeper in PSG’s history. That may be true, or maybe it is more a damning indictment of the level of goalkeeper that PSG have had in the last 20 years.

However, If the discussion must be had, then Bernard Lama should be in the conversation. Regardless, the addition of Navas is so far looking pound-for-pound the best piece of business in the QSI era. Sometimes a single signing can elevate a team of players and it was no coincidence that once PSG solved their goalkeeping issue, the club reached their first Champions’ League final.

Navas has helped take PSG to the next level and has provided the same influence that Virgil van Dijk had at Liverpool. The Costa Rican’s arrival has provided the club with an undisputed number one. For too long PSG have interchanged goalkeepers every few games which has caused panic and uncertainty. Competition for places is healthy but for goalkeepers there must be a clear hierarchy at big football clubs.

PSG spent four years in a merry-go-round between three goalkeepers who are currently first choice for their respective clubs. The treatment of Sirigu, Trapp and Areola during this time made no sense and saw the club to create problems for itself.

PSG are finally in safe hands and now boast a goalkeeper that complements so much of their outfield talent. The next step is for Navas to help his new teammates win the club’s first Champions’ League and his fourth overall.