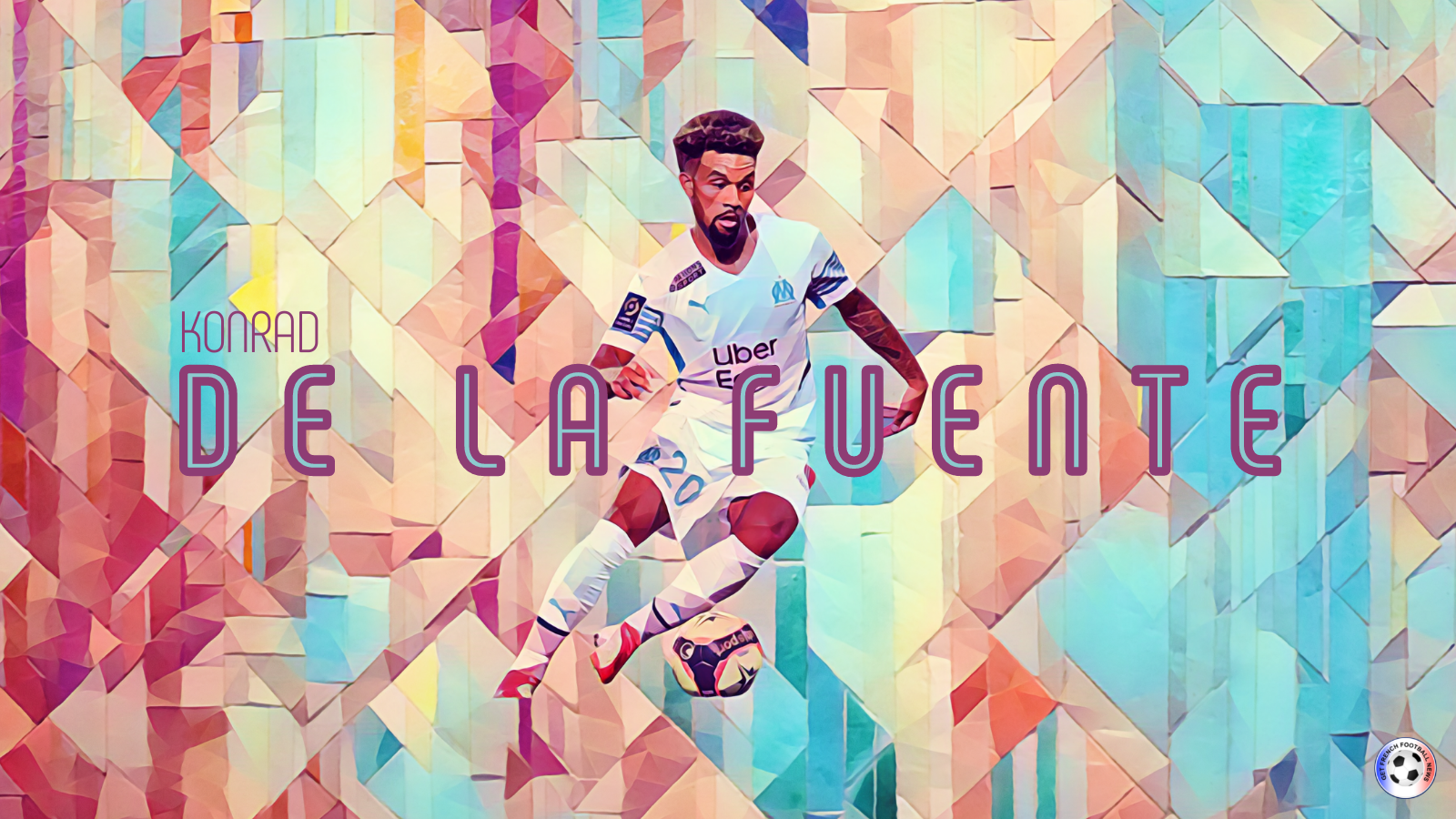 Konrad De La Fuente has demanded immediate attention upon his arrival in Ligue 1. The 20-year-old graduate of Barcelona’s academy, La Masia, not only turned heads in preseason but was electric in his first two league starts for Olympique de Marseille. We all took note of Konrad as he took on Montpellier defender after defender on the opening weekend with a game high three successful dribbles, adding an assist to help in Marseille’s comeback win. OM’s ‘true blue’ supporters reminisced about Franck RIbery, once the Velodrome’s jewel of French football, after watching their new youngster repeatedly drop his shoulder and blow past defenders. So, how much faith should be put in the forward after these early signs of success?

Konrad De La Fuente’s journey is one that leaves young American players drooling, dreaming of FC Barcelona and European football. Konrad, an American of Haitian descent moved to Barcelona from Miami, the city of his birth, at the age of 10 and started his youth career in Spain, eventually making it to the world famous La Masia academy. Konrad would become a standout amongst the Barcelona youth, earning a place in the USA national team’s underage set up, playing with the U16, U18 and U20 sides. Konrad earned praise from his U20 national team coach, Tab Ramos, as a player who just seemed to be ahead of most of the others tactically. Men’s senior team coach Gregg Berhalter echoed the excitement over Konrad’s potential, praising his relentlessness tracking back.

With the goal of making the US men’s national team roster for the 2022 World Cup, Konrad signed for Marseille this summer. For OM it was a win-win. With a transfer fee of only €4m, what was the down side? Just the prospect of having an American starlet playing at the Velodrome brought in a new fan base for Marseille. Children wearing Marseille shirts have even been spotted in Miami, their only connection to Ligue 1 being Konrad De La Fuente.

However, Konrad’s arrival is no marketing stunt. He brings a level of explosiveness often only seen from the world’s top-tier wingers. Konrad is right-footed with a lightning quick first step and, like Florian Thauvin who recently departed the Velodrome for Mexico, the American likes to play on the opposite side of the pitch and cut in on his dominant foot while whipping in crosses.

Playing with Dimitri Payet at Marseille only serves to further develop his game. It would be difficult to pick a better mentor than Payet, given the aspects of Konrad’s game that he still needs to improve upon. Konrad has been criticised for being too selfish but, with a small sample size so far, that does not seem to be an issue. In fact, the Payet-Konrad chemistry is already starting to blossom into a formidable one-two punch for Marseille.

How far Konrad can go with Marseille? As with any youngster, it’s down to a mixture of how the player is supported by the coach, how he fits in with the team, his chemistry with the club, the player’s mindset and a little luck. An initial concern was that Marseille wouldn’t provide the right support around the player, but this OM, under coach Jorge Sampaoli and new president Pablo Longoria, are seemingly turning a new leaf.

Konrad De La Fuente has the ability to be a difference maker in Ligue 1 and in Europe. In two matches so far he has made major contributions with no sign of slowing down. By the time the season wraps up, you may see the name ‘De La Fuente’ listed on many of the same statistical leader boards as a certain Argentinian, equally new to French football. Marseille’s own La Masia alumnus may not have the same profile as Lionel Messi, but he does demand your attention.