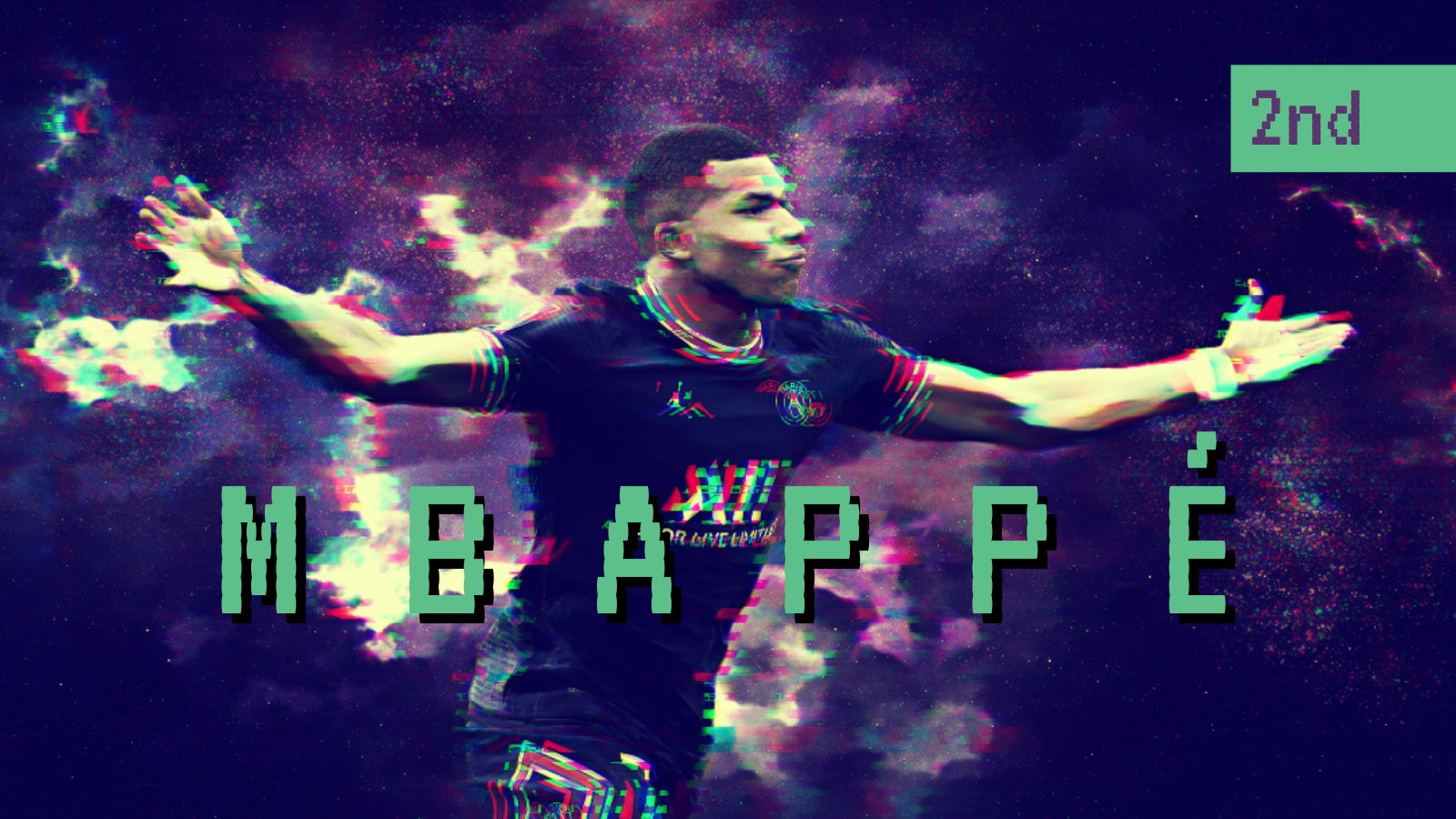 This article is part of GFFN’s French Player Of The Year Award 2021 countdown. Follow the daily feature series here on GFFN as we build up to naming the best French player in the world this year. Look out for our inaugural winner this Sunday night at halftime in PSG’s game with Monaco.

Right now, Kylian Mbappé is one of the most appreciated footballers in the world. After Cristiano Ronaldo and Lionel Messi, he’s among those under the highest levels of scrutiny. Currently functioning as the focal point for both his club and his country, his shoulders bear significant weight. And for good reason.

The Parisian has a collection of fourteen trophies, two-thirds of which have come from his time at PSG, alongside a swathe of prestigious individual awards. He still holds the record as the most expensive teenage transfer ever and, given the €200m offering laid down by Real Madrid this summer, he’s arguably the most valuable player in the world right now. Mbappé has become such a staple of French football that it’s easy to forget that he is still only 22-years-old. Five years ago, his only trophy was the under 19 European Championships of July 2016. So, when reflecting on his year, it’s crucial to bear in mind just how extraordinary the Frenchman is.

2021 has been a strange year for Mbappé, maybe even a disappointing one. The standout stories have been negative: no goals, a missed penalty and early elimination from Euro 2020; contractual problems and failed attempts to get out of Paris; an underwhelming Champions League output. But what goes under the radar is his consistency. For each of the last three seasons, Mbappé has been the top scorer in Ligue 1, with 33, 18 (2019/20 was cut short due to Covid) and 27 goals.

This calendar year, he’s netted 39 goals in domestic competitions, which places him as the highest scoring Frenchman while outscoring Messi (34) and Ronaldo (32). Only Robert Lewandowski and Erling Haaland have scored more club goals (53 and 41 respectively) in 2021. The numbers are consistently astonishing. But that is exactly why we are no longer astonished. He’s so consistently extraordinary that more often it’s when he does something ordinary, say, miss a penalty or experience a goal drought, that Mbappé’s on-field exploits become newsworthy.

Even if our expectations are extremely high, Mbappé did, by his own admission, have a tough summer. “To experience both a crucial missed penalty and a failed transfer in quick succession tests your mental strength, it tests your limits,” he said following November’s World Cup qualifier against Kazakhstan. Indeed, the frustration of the nation fell on his shoulders as Les Bleus were eliminated from EURO 2020 in the last 16 on penalties by Switzerland. ‘Devastated’ was L’Équipe’s headline. Le Parisien plastered ‘Disillusionment’ above an image of Mbappé. ‘Catastrophe’ was employed in much the same way by La Provence. Disgracefully, some of this disappointment took an ugly form, as the 22-year-old was targeted by racist abuse.

While you could blame such criticism by the press on excessive expectations, it’s also true that England’s Harry Kane, another world-class goalscorer, experienced a similar downturn towards the end of June. He too had not scored a group stage goal and was looking to leave his capital city club. Although Kane’s international form improved, neither achieved the move they were hoping for. While Kane’s knock-out goals relieved the pressure on him, it seemed as though Mbappé’s comparatively poor form leaked into the new season. But, 245 minutes of club football later, he opened his account for 2021/22. By now, there can remain very few doubts around his form, especially given his emphatic four-goal performance against Kazakhstan, earning him a rare 10/10 rating from L’Équipe. After which he explained his summer experience “made me stronger too. Now, I am more confident than ever.”

With French expectations of Mbappé sky-high, global expectations of Paris Saint-Germain are just as great, if not greater. Messi’s acquisition this summer has created one of the most anticipated attacking forces in the history of the game but PSG have been notably ordinary over the last three months. This is partly due to a lack of game time. Messi, Neymar and Mbappé have only started a handful of league games together this season, which includes PSG’s only domestic loss at Rennes.

But it’s also due to genuine underperformance. In Ligue 1 for example, Messi has scored once but has gathered an xG of 3.8 while Mbappé has scored seven from an anticipated 10.3. Everyone thought PSG would be blowing teams out of the water. Instead, they’ve scraped through most matches, regularly stealing wins in the dying minutes.

Nevertheless, PSG were 11 points clear at the top of Ligue 1 after 17 matchdays. They’ve also qualified for the next round of the Champions League, albeit via second place in their group. What’s more, France’s golden boy has quietly made his way to the top of Ligue 1’s assists chart with eight, one more than the much-discussed Lens man Jonathan Clauss. So, although neither Mbappé nor his side are tearing it up, they are, for now, getting the job done. And there’s time, and certainly room, to improve. While there is plenty to criticise about Mbappé’s 2021, it remains undeniable not only that he belongs among the French élite, but also among the very best in the world.