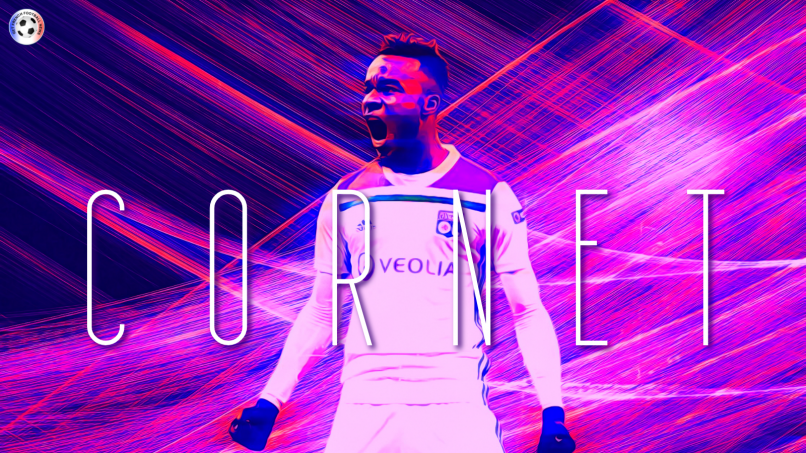 Despite not playing a minute so far, Maxwell Cornet’s career in England hasn’t gotten off to the best start. The announcement photo of Burnley’s new signing accidentally pointing to the Umbro logo on Burnley’s shirt rather than the club badge attracted jokes from across social media. The underlying current to his transfer is arguably just as baffling.

After a summer of interest from clubs overseas, Cornet’s exit from Lyon was cemented by a reported altercation with teammate Marcelo following Lyon’s shock 3-0 loss to Angers in August, a match in which Cornet was sent off. Hertha Berlin and Burnley were Cornet’s two main suitors, with Burnley offering wages two and a half times more than the Bundesliga side could afford. Nevertheless, Cornet much preferred a move to Germany but, with Hertha ultimately unable to match Burnley’s €15m offering, Cornet eventually signed a five year deal at Turf Moor.

Cornet may have been shifted around positionally at Lyon in recent years but, since joining Metz’s academy in 2004, Cornet has often impressed in French Football. Born in September 1996 in the suburbs of Abidjan, Ivory Coast, moving to France as a three-year-old, Cornet began training with FC Metz aged seven. Having graduated from the academy at which Miralem Pjanić and Louis Saha learnt their trade, Cornet was fast tracked into the Metz first team by 2012, still just 16.

The Ivorian international appeared 14 times in Ligue 2 for Metz in the 2013/14 season, mainly on the right-wing, playing a small part in their promotion to Ligue 1 before running down his contract the following season and moving to Remi Garde’s Lyon in January 2015 for £2.39 million. After joining Lyon, in partnership with Adidas, Cornet joined nine others (including Jeremie Boga, Timo Werner and Aleksei Miranchuk) in the ‘Backed by Messi’ campaign, a group of players supposedly handpicked by the Barcelona legend as future superstars.

Cornet has played under five managers in seven seasons at the Groupama stadium and began the 2015/16 season as a forward, appearing 31 times playing centrally and on both wings. Though Cornet started his Lyon career with nine goals and one assist in his first full league season, he failed to improve as time progressed, hitting eight goals and assists the following year, then 10 again in 2017/18 and 13 in 2018/19.

As shown by the chart below, Cornet’s offensive statistics saw little growth and were weak for an attacking player. For a club that wanted to continuously make the Champions League, Cornet was not making the cut.

Then came Rudi Garcia. The French coach took over at Lyon after former Arsenal full-back Slyvinho’s disastrous spell in October 2019. By January, Cornet was playing left-back due to an injury crisis, a role the player embraced, saying:

“I have to perform well, that’s the most important thing. I speak a lot with Jason [Denayer] and with the defenders, I watch defenders more and more, notably Jordi Alba. It is a position that I like. So it could be a solution in the future.”

Last season Cornet played 22 times at left-back in Ligue 1, contributing four assists and a goal from that position. Meanwhile, Cornet put up over five tackles and Interceptions per game from left-back, a tally that would put him second in the Premier League for tackles and interceptions per 90 minutes across all positions. He also helped keep eight clean sheets, reinforcing his commitment to defending.

Rather than filling a certain role, perhaps Cornet was signed by Bunley to plug as many gaps as possible. Sean Dyche lacks left-wing cover for Dwight McNeil, for example, while Cornet could of course play on the opposite flank. Johann Gudmundsson plays as an inverted right winger but only contributed two goals for Burnley from the right flank and Cornet’s track record shows he should be able to produce more in that position.

Dyche may choose to deploy him as an attacking left-back. This may seem a little out of character for Dyche but it would make sense as 39% of Burnley’s attacking play this season has come down the left wing. Even so, starting left-back, Charlie Taylor, averaged less than one dribble per game last season and added just one assist.

Cornet brings something different to the dressing room too. He joins the senior squad as the third youngest player but the sixth most capped internationally. Much of Burnley’s squad arrived from the Championship, Chris Wood joined from Leeds while new signings Connor Roberts and Nathan Collins arrived from Swansea and Stoke respectively. Cornet, however, is a player with European experience in a side where no one has ever played in another top five European league. His performances against Manchester City in the Champions League underline his pedigree.

Cornet still feels like an odd signing, rather than a trailblazing entry into a new progressive era for Burnley. That’s not to say the potential isn’t there, because, while Cornet is yet to set the world alight, he has also never disappointed in his career either. It’ll be fascinating to see how he adapts and performs in the Premier League. His first job will be finding the Burnley badge on his new claret shirt.