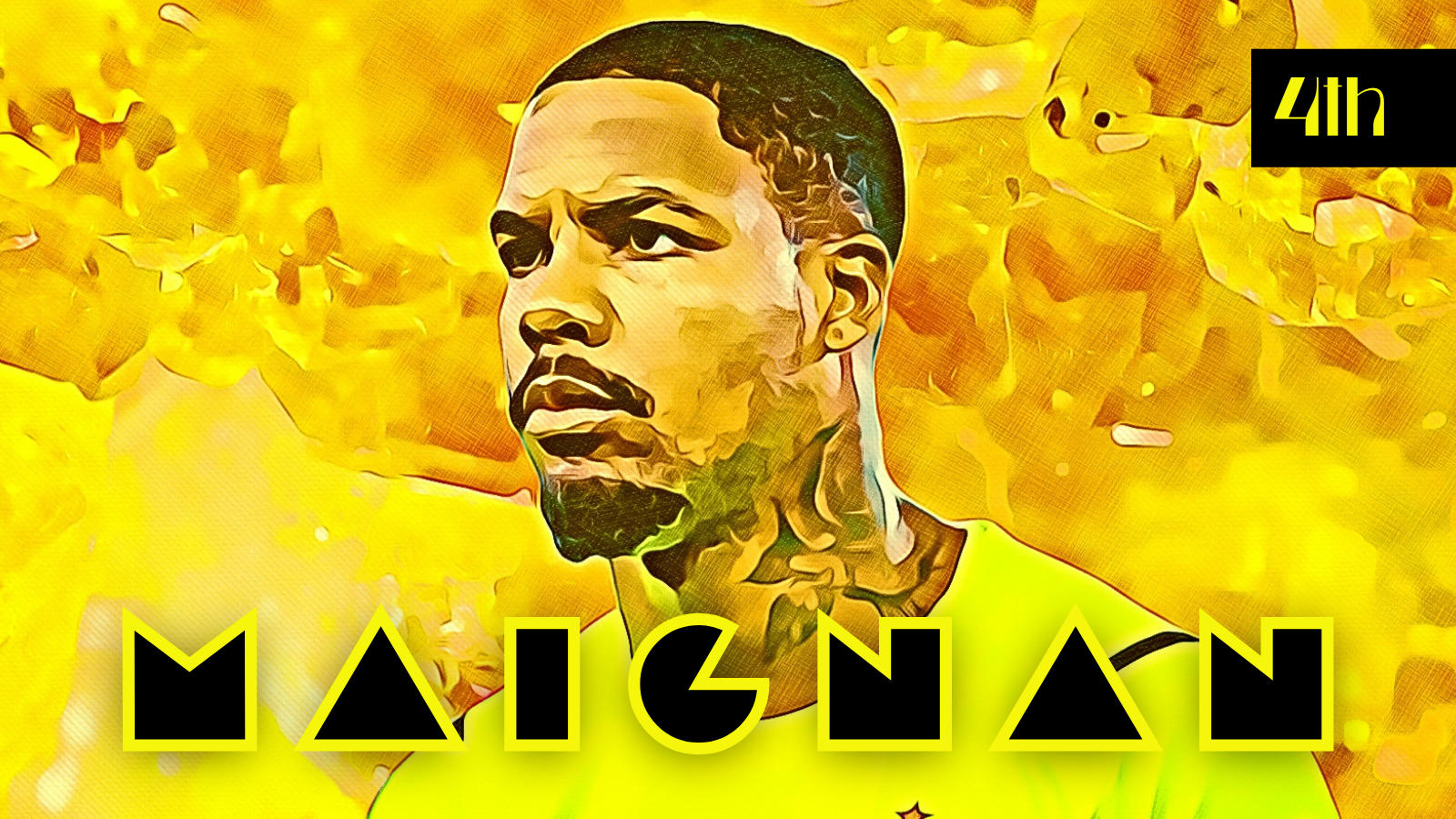 This article is part of GFFN’s French Player Of The Year Award 2021 countdown. Follow the daily feature series here on GFFN as we build up to naming the best French player in the world this year. Look out for 3rd place tomorrow.

A commanding, dominant presence is required for goalkeepers to be truly at the top of their game. They need to not only have respect from their defenders, they must demand it. Some goalkeepers can command their authority immediately, for some it isn’t so easy. But for AC Milan goalkeeper Mike Maignan, it’s as natural as anything.

Maignan isn’t afraid to be vocal, he isn’t afraid to command his area and he’s more than capable of rushing out off of his line to close down an opponent. His positional sense is outstanding and seems to have an ability to read the shot way before it’s left his opponent’s boot. He’s also more than capable of coming for crosses, playing out from the back and, perhaps most importantly, he represents incredible value for money for Milan having joined to replace Gianluigi Donnarumma. For €15m, Maignan’s move may have been last summer’s best in terms of value for money.

His start to life in Milan has been mixed due to an injury he picked up in mid-October, keeping him out for nine games. A penalty save from Mohamed Salah at Anfield in the Champions League prior was a highlight prior, however, as his assured performances left some wondering if Milan had gotten the better end of the deal in Donnarumma’s departure. Donnarumma is a top-quality goalkeeper but Maignan is more than capable of making the Milan number one shirt his own over an extended period. The 26-year-old played every minute of Milan’s first seven Serie A games, winning six and drawing 1-1 away at Juventus. Maignan and his defence only conceded five times, in Milan’s next five Serie A matches without him they conceded six.

Maignan’s first half of 2021 was outstanding too for Christophe Galtier’s Lille, who shocked Europe to pip Mauricio Pochettino’s Paris Saint-Germain to the Ligue 1 title. Lille’s performances surprised many but Maignan was simply continuing an upward trend that he had been on for a while. After leaving PSG in 2015 to join Les Dogues, his stock rose every season after Marcelo Bielsa chose Maignan as his number one over Vincent Enyeama in 2017. Maignan’s performances were world-class as Lille won Ligue 1 and, such was his form, there were calls for him to be made France’s number one in place of experienced captain Hugo Lloris.

Playing every minute of every Ligue 1 game for Lille under Galtier last season, it’s no wonder a club the size of Milan pounced on Lille’s financial woes to buy the goalkeeper at a bargain price. In the 2019/20 season, he was an ever-present for Lille too and was named the UNFP Goalkeeper of the Year having kept 17 clean sheets. While keeping 21 clean sheets in 38 Ligue 1 games last season, one short of the record, Maignan was becoming one of the best goalkeepers on the planet.

With Maignan continuing to perform after his return from injury in recent games, other clubs in Europe will be looking at Milan in envy, asking how such a good ‘keeper slipped through their nets. When Tottenham want to replace Hugo Lloris, they’ll be wanting someone like Maignan but, despite previous reported interest, didn’t jump at the chance to sign Maignan at a cut-rate price. Arsenal, meanwhile, decided to spend a hefty chunk of money on Aaron Ramsdale instead of saving money on a better goalkeeper in Maignan.

But Maignan is too good to be sat waiting for Lloris to retire or to be competing with Bernd Leno and Ramsdale to be Arsenal’s number one – he’s already an elite level goalkeeper. His performances suggest that nothing will stand in his way of becoming widely regarded as one of the best goalkeepers in Europe during the next few years. Clubs will rue not paying him the attention he deserved and, as those clubs look on, Les Bleus and Milan will be content in knowing just how good Maignan is, and that they listened when Mike Maignan’s 2021 performances demanded their respect.