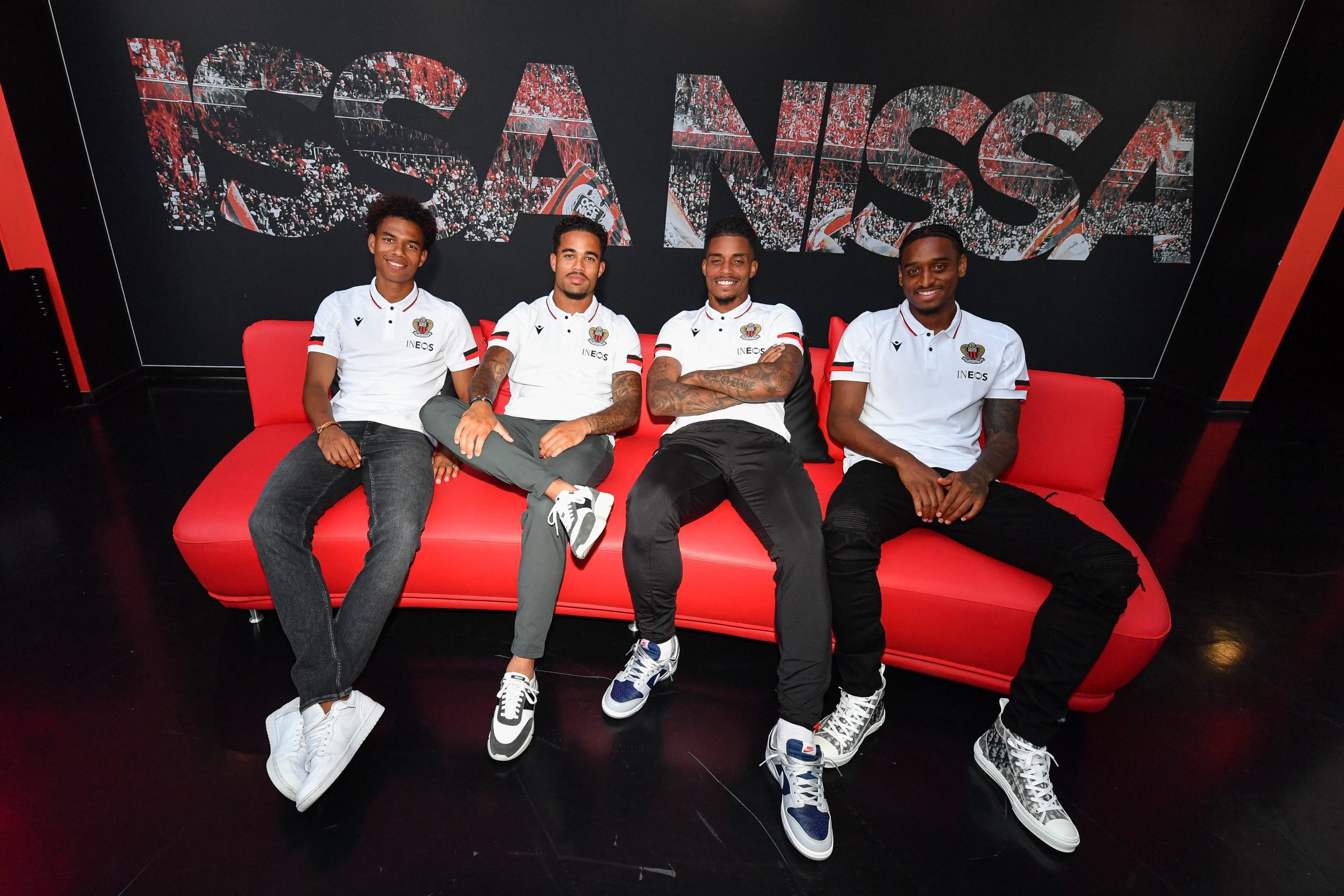 With Ligue 1 clubs increasingly looking towards The Netherlands for their summer business, Get French Football News sat down with Dutch football expert Michael Statham of Football-Oranje to get the lowdown on the latest arrivals from the Eredivisie.

Nice have been particularly prolific in the Dutch market this summer – to start off with, what can their fans expect from Calvin Stengs?

Calvin Stengs is a player who we’ve admired at Football Oranje for a long time. He came through as a wonderkid and there was a lot of hype surrounding him – I bought into it too because I really liked him.

He’s a Rolls Royce kind of player – for example, you don’t mind him being a bit lazy if it means you get some magic out of him to win a game. When he first came on the scene the feeling was that he was a quality player, and not someone who was the finished article, by any means.

He then had a big knee injury, which he never fully recovered from and was out for a long time. When he came back, he seemed nervous about holding on to the ball and going into challenges, and wasn’t running anywhere near as fast. It meant that he slipped under the radar again because he wasn’t playing at his best, and wasn’t being as impactful around the penalty area.

Because of that, he went a bit stale last season – 7 goals and 5 assists in 31 games is an OK return, but it’s not one for a player who would go on and make a move to the top of Serie A or La Liga – which he was tipped to do for a long time. He was an amazing player with a wand of a left foot, who was always threatening outside of the box with a shot, a cross or by drawing players in to release a pass. He’s still doing those things, but not to the extent that he was before.

I think the overall feeling with Calvin Stengs is that he’s going to Nice because – as he put it – he wants another challenge, because he was going so stale at AZ. He knows that if he goes abroad and puts himself through these difficulties, he’ll come out the other side a better player, different to the one he is already.

Do you think he would be a good fit in Christophe Galtier’s 4-4-2 set-up?

Even in an attacking league like the Eredivisie, I wouldn’t have said that he’d be a perfect fit for a right winger in a 4-4-2, because of his defensive output. He would need a lot of work in that respect. He’s not known for tracking back, and when you play for a team like AZ you don’t typically do that anyway because you don’t have many games where you’re going to be tasked defensively. In those big games, they got the best out of him when he played as a number 10 behind the striker.

I think he wants that challenge, he wants to change as a player, and therefore it’s the right step for him. Maybe Christophe Galtier is the right kind of manager for him, seeing how he’s changed Sven Botman in the space of a year.

We know a bit more about Justin Kluivert, who’s already played abroad – do you think he’ll fit in French football?

It’s an interesting one, because I think he’s taken a bit of a step back by going to Nice, but it’s one that he needed to take in order to take a step forward. Kluivert gave an interview recently saying that he thought he was a much better player now than he was at Ajax. He broke through there at a very young age and played a lot of games, because the Ajax side at the time was poor and Kluivert was given chances.

My feeling is that if he had stayed at Ajax a little longer he would have become an even better player, and perhaps made a bigger move and had more success abroad – Kluivert seems to think that moving abroad so early was positive for his career.

On the whole, it seems that Stengs, Rosario, and Kluivert need this move to redevelop their careers, because all three are falling a little bit on the wayside. All three were tipped to go on and be brilliant, and they’ve not really achieved that yet. They’re going into their mid-twenties, and they need to step it up now.

And what can Pablo Rosario bring to the table?

He came under criticism with PSV, despite being a leader on the pitch for them. I think he’s a victim of the system he was playing in – Roger Schmidt was his manager there, and he likes to play with two defensive midfielders.

Rosario doesn’t offer much on the attacking side of things, but can be a box-to-box player and build from deep. PSV were often quite leaky at the back last season, and fingers were often pointed at Rosario, as opposed to his midfielder partner, who was often Ibrahim Sangaré who was new to the league.

Kasper Dolberg is someone who was in a similar situation to Stengs and Rosario, as he wasn’t fulfilling his potential in Dutch football, despite bursting onto the scene. He has a lot of quality but wasn’t quite cutting it at Ajax in his final season, but has done well at Nice now.

Teun Koopmeiners has been linked to Rennes in the past few weeks – what can you tell us about him?

I love Koopmeiners, I think he’s a fantastic midfielder – compared to Rosario, I think he has a higher ceiling, but he’s getting to that stage in his career where he can’t develop much further anymore. It’s interesting to hear that he’s been linked to Rennes, because he’s also been linked to top clubs like Atalanta, who are regularly in the Champions League – I think that’s the kind of level he wants to be at.

He’s the sort of player who wants to play every single game and be really important. Last year, he decided to stay at AZ for another season to develop further and become a leading player for them in midfield.

While he’s got many strengths, he’s still got a side to his game where he can lose concentration. There was one game where he was sent off after five minutes after he lost his focus on the ball, the striker intercepted it and he stuck out his leg, catching the player on the ankle.

To give some of his strengths, he’s a great player on the ball from deep and likes to play long passes to create opportunities. He’s a leader on the pitch and marshalls the defence well, and can play as an number eight, a defensive midfielder, or even as a centre-back. He’s a great set-piece taker; he scored a lot of penalties last season. I think he’s ready for a move abroad.

Myron Boadu has also been linked to a Ligue 1 move, with Monaco reportedly closing in on his signing – would a move to France make sense for him?

Although he was one of the best players in his age group when he came through, I’ve watched him a couple of times in AZ’s stadium then and thought he wasn’t all that. He went on to prove me wrong though, going on to become the main striker at AZ. He wanted to go on and score a lot last season, and when he wasn’t able to do that questions were raised over whether he’s still developing. But young players have their ups and downs before they go on to reach their peak.

If he stays at AZ he’ll need to be one of the top goalscorers this season, otherwise he needs to go abroad and experience something new, even if he is still young. He’s quick, and has great technique so he can finish from anywhere inside the box. He’s not known for his heading, though.

He’s a bit similar to Donyell Malen, who we saw at the Euros – Boadu’s on the outskirts of the Dutch national side, but didn’t break through for this summer’s competition. He had a few lulls in his progression so far because he suffered two significant injuries, but he’s still ahead of expectations. He’s still young, and to have bounced back from those injuries, for me, shows that he’s got a high ceiling.

Would you say that in general, Ligue 1 is becoming a more enticing prospect for Dutch players?

I do, because it’s not an overly physical league like the Premier League, which is usually the go-to for Dutch players. What Nice are doing this summer will probably make it more enticing, especially if those players do well. If they can develop, it’ll look like a place where players can earn money and use it as a stepping stone to go on to a top club.

There are players who used to just go back to The Netherlands as a stepping-stone move, but maybe France is the way forward now.