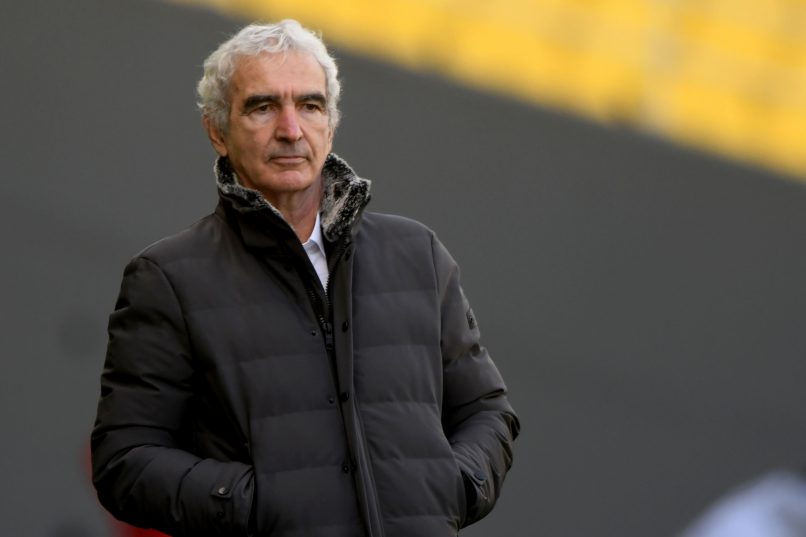 Not many people have gazed in astonishment at Raymond Domenech through the gaps in a pasta strainer, but I am one of those people.

On the surface there seems to be a tenuous connection between this incident and his sacking by FC Nantes earlier this month. However, I am here to put forward this hypothesis for the correlation.

The strainer incident occurred in September 2015 at a Monoprix in Nanterre Ville, a suburban town in the west of Paris. I was a fresh-faced exchange student stumbling his way through a move abroad, in a language that could be best described, at the time, as pidgin.

First on my list of life management tasks was the purchase of basic household appliances. 1 fork, 1 knife, 1 spoon, 1 plate, 1 bowl, 1 glass, 1 pot, 1 pan. Every expense was spared, except of course for a pasta strainer.

Pasta was my dish of choice at the time, it sustained me as I chewed the cud of metropolitan French life. And so, the incident occurred, down on my hands and knees in the dusty aisles of the frankly overpriced Monoprix.

An apparition appeared before me, Raymond Domenech was summoned from the dark underbelly of the managerial wilderness. I was sucked into his vortex. I have been stuck there for many years.

How much time has passed since this incident is unknown. What I do know however, is that I have been stuck in this limbo long enough to consider Nicolas Anelka a close friend.

We regularly lunch with Zinedine Zidane and William Gallas, submerged in the purgatorial bistro of Domenech’s grey matter.

The musical accompaniment is melancholic but ambient, the interior classic if slightly faded. We take turns sprawled out on the chaise longue of indifference, searching for answers for our unexpected stay.

No one seems particularly pleased to be here. We sit in muted indifference while watching a continuous loop of the 2006 World Cup Final.

The match is edited from the perspective of Domenech, paying scant consideration to the original result. In the edit, France win the shootout, and Domenech is carried off the pitch on the shoulders of the entire French team, Jules Rimet in hand.

Zinedine is granted leave from purgatory to take charge of Real Madrid games. He returns swiftly afterwards and promptly falls asleep on his childhood bed, now adorned with Marco Materazzi bed covers. He is a restless sleeper.

Anelka and Gallas are tinged with bitterness. Why has this fate befallen us they ponder deep into the endless night of Domenech’s oppression. Thy and thou howls commingle in beautiful harmony they repeat to each other, bitterness etched over their weathered visage.

It is clear that we have all wronged Domenech to greater or lesser degrees, through resistance, petulance, and betrayal among other things. We have all popped our head above the parapet of his ego-driven guillotine. He is not a man to be wronged.

And so here we rest, a hollowed memory of embittered resentment. We may have been wronged by Domenech but our protests have fallen on deaf ears.

You may wonder why I am here, betwixt the company of mercurial French legends. For I too have wronged Raymond.

What Domenech saw from the other end of the strainer that day was the contorted face of bitter Irishman. Holding the strainer in my left hand like a bedraggled Hamlet, I reminded him of the pain he and his team had served me that fateful night in the Parc de Princes in November 2009.

I have been stuck in that glare ever since, the metamorphosed antipathy of a fallen dictator. Like many French heroes before me, I am not a hair’s breadth outside the doggish norm.