FEATURE | The story of William Saliba, Ligue 1 fans should enjoy him while they can 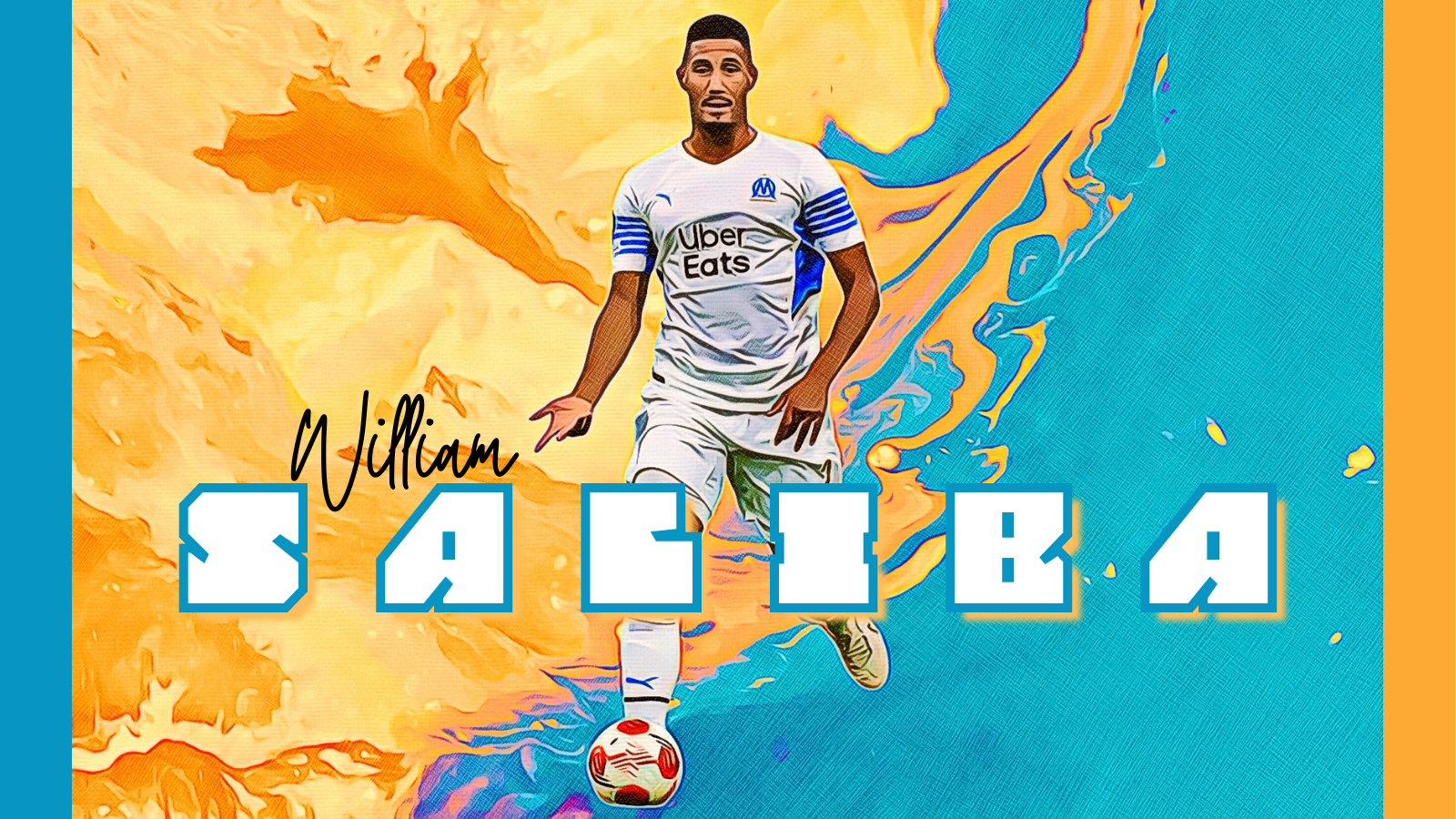 So long the darling of Arsenal fans, having arrived from London from Saint-Étienne with much expectation in the summer of 2019, William Saliba’s career has become itinerant to the extent that it’s scarcely plausible that he’s still just twenty years old. Born in Bondy, the same Paris suburb that produced Jonathan Ikoné and Kylian Mbappé, Saliba has taken perhaps longer than some have expected to continue his upward trajectory, but there’s no doubt that he is again among the most talked-about young defenders in Ligue 1, having rapidly become a hero to the Vélodrome faithful since joining Marseille on loan this summer.

Saliba is an ever-present in Jorge Sampaoli’s teams — no player, including goalkeeper Pau López, has played more minutes for the Argentine. He caught the eye with an inch-perfect tackle on Mbappé in Le Classique in October, but he is far more than that for the southern side. In Sampaoli’s ever-mutating tactical systems, his combination of pace, elegance in the tackle, and composure allow for a maximum of freedom not only for his fellow Arsenal loanee, Mattéo Guendouzi, who has also blossomed this season, but also for the team’s wingbacks, Cengiz Ünder and Pol Lirola. Comfortable centrally in a back three but generally used on the right, Saliba has even played right-back on occasion, a testament to his versatility.

It’s true that he’s still prone to the odd gaffe, but as the clean sheets for l’OM rack up, it’s become increasingly difficult to ignore the regularity of his performances. These have helped transform the team from a nearly comically gung-ho outfit into the league’s most parsimonious. Knitting together any number of formations with his metronomic passing, Saliba’s preternatural assurance on the ball and ability to cover his teammates allows Sampaoli to experiment with players in new positions, as he balances the demands of European football with the need for the club to be playing in the Champions League next season.

Before making his first-team début for Saint-Étienne at the age of just 17, Saliba had come through the ranks under the tutelage of Mbappé’s father, Wilfrid, a well-respected coach at AS Bondy, the same club where Kylian had also cut his teeth. That acumen on the part of the senior Mbappé, who is, like Saliba, of Cameroonian descent (and has been tracked by their national team), is something the defender has readily acknowledged. He told Le Populaire, “Wilfrid Mbappé taught me everything and if I am where I am today, it is thanks to him”.

Another coach at Bondy, Tonio Riccardi, also remembers Saliba well, purring about the defender’s physical gifts whilst acknowledging the (still extant) faults in his play. “He was an athletically advanced player, he was already 1.80m, and when he was 12, he had started playing with the U15s. Because of his size, he was technically a little clumsy but that was more than compensated for by his strength.”

Following his spell in Bondy, he moved to FC Montfermeil, where he spent two years before joining Sainté in 2015. While there, he became a part of France’s youth set-ups, featuring regularly for the U-16s and becoming captain of the U18s. Given his first start by Jean-Louis Gasset, he soon became a fixture despite a cadre of more experienced defenders — Loïc Perrin, Timothée Kolodziejczak, and Neven Subotić also being in the frame, his arrival hastening not only the Serbian’s departure after being forced out of the XI but the use of Kolodziejczak as a left-back.

Sainté, despite having a squad that seemed better suited to a relegation scrap than a place in Europe, were galvanised by Saliba’s arrival into the team. They finished fourth, and he soon made a big-money move to Arsenal, following in the footsteps of defenders like Laurent Koscielny and Gaël Clichy to make a move from Ligue 1 to the Emirates.

Loaned back to Saint-Étienne the following season as a condition of the sale, things quickly soured as a series of injuries, including a broken foot and a bad hamstring injury limited Saliba to just a handful of matches. Back at Arsenal the following season, though, things were hardly better. Despite Europa League participation offering more matches on a regular basis, Saliba struggled for game time, but solace was soon offered in a January loan move to Nice.

Playing alongside Jean-Clair Todibo, if Saliba didn’t thrive next to his fellow loanee, he would at the very least gain badly-needed confidence. He said as much to TF1, “For me, the best choice was to join OGC Nice because there is a good project, a good team, a good level of ambition, who like to play in a certain way”. While Todibo’s move was made permanent this summer, Les Aiglons failed to pick up Saliba’s option, but another loan was sealed, as he joined an ambitious project at Marseille.

While Saliba’s personality and drive has made him a fan favourite at the Vélodrome much in the same vein as Guendouzi, there has also been an element of the unseemly in his career. This includes an infamous video published on Snapchat earlier this year from three years back, which earned him a one-month ban from the FFF. While he’s since shaken this off, and even played as captain in Les Espoirs’ matches this autumn, an incident like this is still worrying. Even if he is a young man, not to recognise the edict that once something is on the Internet, it’s there forever, is somewhat worrying.

That said, he does not seem cowed by the incident, and there has been nothing to report in this fashion since his return to Ligue 1. What lies ahead, then, will be determined by both his parent club, and Marseille. Surely Sampaoli and company would love to have him in the team indefinitely, and it hardly seems, given Arsenal’s summer purchases of Ben White and Takehiro Tomiyasu, that the Gunners have much long-term interest. But it’s also doubtful that OM can afford his valuation. So for fans of Ligue 1, the edict must be to enjoy him while we can.