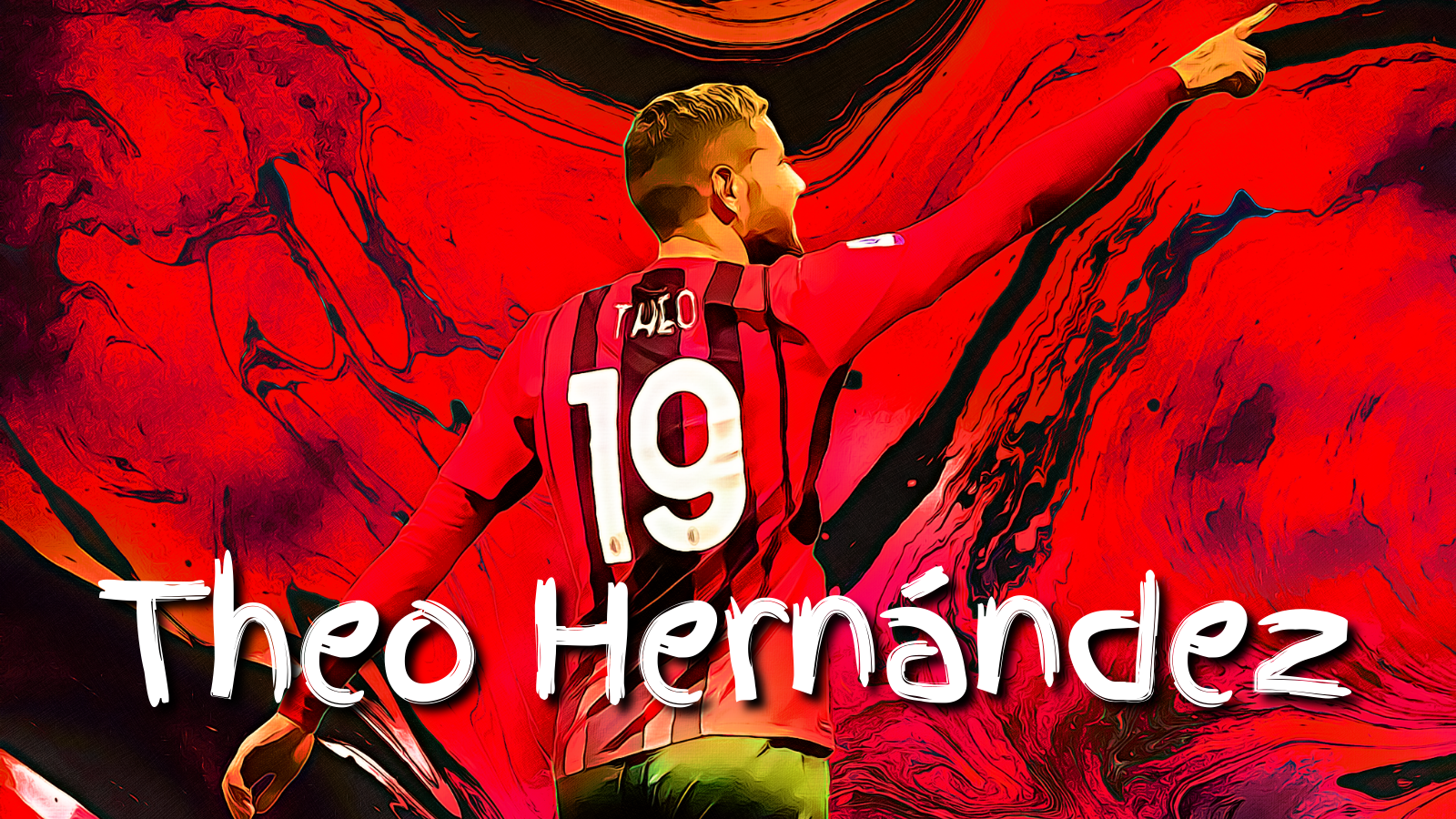 This article is part of GFFN’s French Player Of The Year Award 2021 countdown. Read all 20 articles from this now completed daily feature series here on GFFN as we name the best French player in the world this year.

If you asked any Serie A fan last season who were the most successful and entertaining full-backs, the answer would have been clear. On the right, Inter Milan’s Achraf Hakimi and on the left, Theo Hernández of AC Milan. Whilst he may have burned out a bit in the first half of this season, there’s no doubting Hernández’s quality. With an incredible penchant for finding the net and immense physical and technical abilities, the Frenchman doesn’t just have the potential to be the best left-back in Serie A, he has the potential to be the best in the world.

AC Milan coach Stefano Pioli has been far from quiet on Hernández’s importance in the Milan squad. The left-back has been electric since arriving at San Siro but, recently, his form has dipped. Rather than criticise his player, the coach spoke of how he gave the wing-back a week without games just so he could recharge his batteries. There’s nobody at the same level capable of replacing Hernández’s influence at both ends of the pitch.

It always looked like Theo would be a professional footballer. His father Jean-Francois was a defender for Atlético Madrid and his brother, Lucas, plays for Bayern Munich at centre-back and left-back. With the boys growing up in the Atlético youth system it was no surprise that their careers would be successful. When Theo signed for Real Madrid, it looked like he’d made it. However, by his own admission, he struggled and played too little, ending up on loan at Real Sociedad. Milan, however, saw his ability, and Paolo Maldini travelled to meet the player and persuaded him to move to Italy.

Theo had been “insulted and criticised” in Madrid but when Maldini made the time and effort to sign him, he felt wanted. “It’s an honour. Paolo made football history, and not just at Milan, with me he was very convincing. I didn’t take long to accept the offer. I spoke with my agent and immediately we were in agreement.” From then on things changed as Hernández went from a potentially good full-back to an elite one.

Already possessing an ability to dribble at a phenomenal pace, complementing his great speed off the ball, he’s able to get up and down the pitch and, like Hakimi at Inter, make it feel as though he’s everywhere. Those attacking qualities were obvious but his defensive game needed work. Here, Theo stood up and matured, there were no moods as there had been in Madrid, he listened and learned and improved drastically.

In just over 100 games for Milan, Hernández has scored 16 goals and managed 18 assists, helping the Milanese challenge for the Scudetto this campaign. There’s a belief that the Rossoneri have the ability to mix the experience and youth in their squad into a potent force and Hernández has been the standout player in their formula. At 24-years-old his tactical intelligence is well-honed, but he still has one weakness. The better he gets, the more he wants to do as he gains an understanding of how much he means to the side. This means that Hernández is often all over the pitch which has led to burn out and a few mistakes have slipped into his game. However, game management is something he will be taught and there’s no doubt that the coach will also keep a close eye on this.

The Frenchman’s contract is up in 2024 and Milan are desperate to negotiate a new deal with a much higher salary. Teams like Chelsea are making noises about offering £40m the full-back and it will be in the Rossoneri’s best interests to act quickly and ward off any bids. He’s also looking like becoming a consistent part of the French national team setup and there’s a strong argument to say he should already be a guaranteed selection, especially given France’s troubles in full-back areas.

Theo Hernández may not have the trophies that his brother has but he has the potential to be even better than him. Perhaps if Real Madrid had put an arm around him more he would have progressed even more quickly but Milan have been the team that have benefited from making those efforts and in tutoring the player. The full-back is certainly one to watch and, in his current surroundings, there’s no doubt he will only get better.

Lucas Paquetá has turned down an approach from Newcastle United