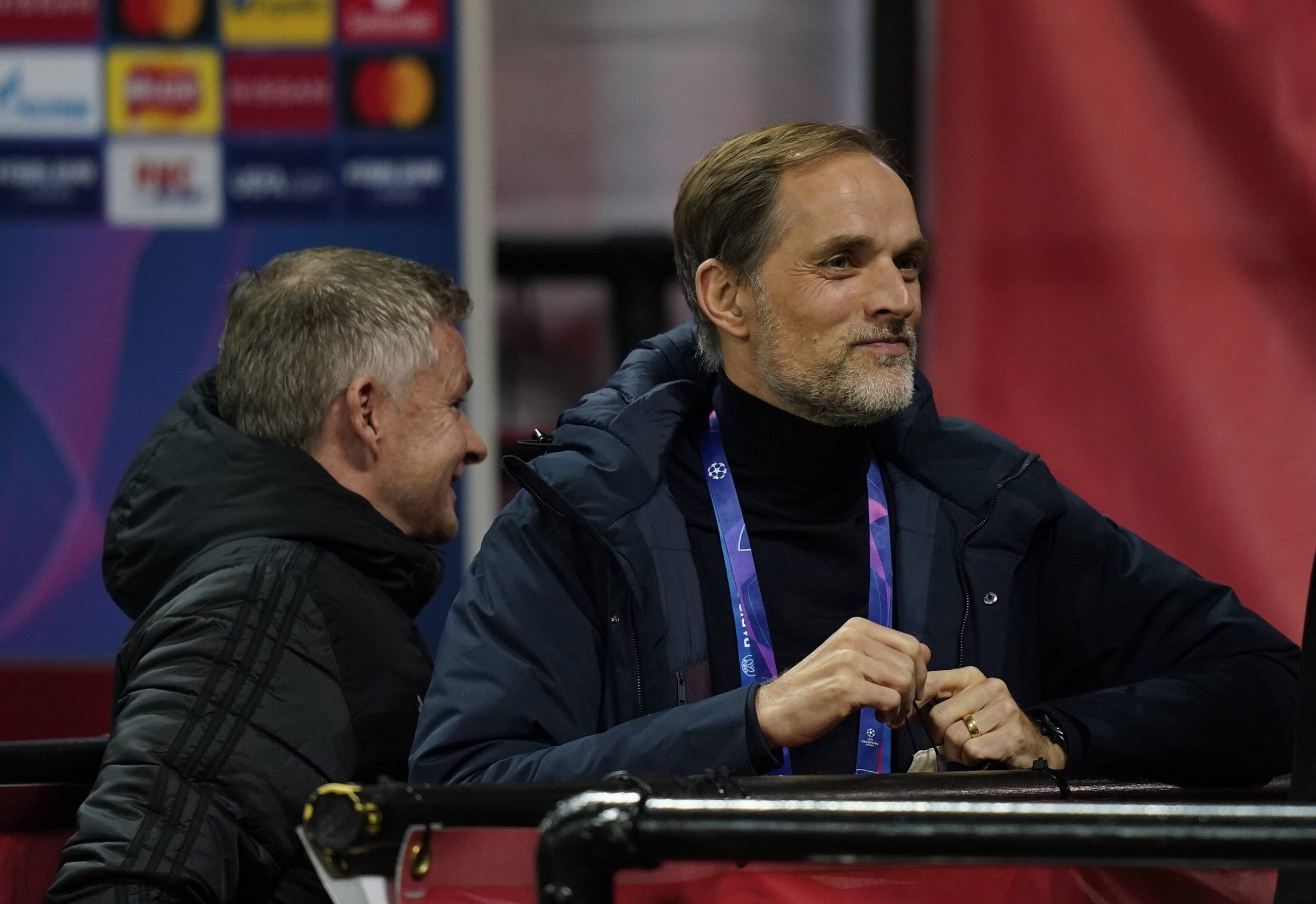 Dripping with champagne as Marco Verratti danced shirtless on the press room’s table, Thomas Tuchel was handed a sombrero and a microphone. Having won his opening competitive PSG game in 2018, beating Monaco to the Trophée des Champions, Tuchel and his new team were in a celebratory mood. Compelled to sing his initiation song in front of the assembled media, Tuchel chose ‘Happy’ by Pharrell Williams. As the Paris squad raucously cheered every line and bounced along to the chorus, the scene marked a significant departure from the cold, analytical, business-like approach of predecessor Unai Emery. Despite Tuchel’s successes, as in Dortmund, happiness faded. Will his Chelsea reign be any different?

Much like Frank Lampard, with his young Chelsea side still developing in a transitional period for the club, Tuchel has reason to be frustrated by his own recent dismissal. The German makes a strong case to be the most astute, liked and successful coach of the QSI era. A pair of league titles, one as part of a domestic treble, and a Champions’ League final (PSG had failed to breach the last eight under Qatari ownership previously) in two seasons made an impressive return.

Tuchel made PSG more streetwise and tactically diverse while adding an intensity sorely lacking under previous coaches and dampening the cliquey nature of a previously fractious squad, building what can be classed as harmony by Parisian standards. Tuchel underlined his ability as a coach and a leader despite facing challenges of an overbearing board, FFP, an absence of rigour provided by an under-resourced Ligue 1 and the strength of the South American block.

As such, Chelsea’s hierarchy may have simply seen Tuchel’s availability as too great an opportunity to pass up. Others would likely reach the same conclusion soon with Barcelona, Real Madrid, Juventus, Arsenal and Inter Milan all possibly facing, to varying degrees, uncertain coaching futures. Manchester United’s supposed interest last year was likely a sign of the same concern.

Stamford Bridge may be the perfect fit for Tuchel. Bundesliga connections with mammoth summer additions Kai Havertz and Timo Werner and the need to eek the best out of both are obvious, especially as Tuchel largely espouses a modern German aggressive, pressing, dynamic style – one often similar to Werner’s former side RB Leipzig. Tuchel too will look forward to reconnecting with his PSG captain, Thiago Silva. Silva, who has adapted to the Premier League as well as could be hoped as a slowing 36-year-old used to relatively weak resistance in Ligue 1, was jettisoned by Paris in the summer against Tuchel’s wishes.

“Tuchel always wanted to keep Thiago. [Sporting Director] Leonardo was the one who didn’t want him,” said Silva’s agent Paulo Tonietto at the time. “Thiago Silva was my captain, it was a pleasure to have a player of his quality & personality,” Tuchel explained in August. “Whatever the decision, he will always be my player. He is in my heart & it has been incredible this journey with him.”

With his future seemingly assured, how Silva will be used becomes a key early decision for Tuchel. Although Lampard largely settled on four at the back this term, Tuchel may yet return to the three at the back system which Chelsea often flirted with last season. Especially as he holds Antonio Rüdiger in very high regard. Given Silva’s age and the intense style employed by the German, the greater pace and space seen in England could yet expose O Monstro. Nevertheless Silva remains a wily and physical defender, imposing when shuffling across to cover colleagues, with a precise reading of game situations. A trio of centre-backs would suit him best.

Nevertheless, Tuchel is far from wedded to a single system or formation, despite some PSG players reportedly bemoaning a lack of tactical nuance. “Give the ball to Neymar” being one unnamed player’s unflattering assessment to RMC last year of Tuchel’s tactical outlook. “We play without tactics, without ideas, with nothing…” the disgruntled source explained. “During the match against Marseille, we felt like the coaching staff was totally out of it. As if they couldn’t change anything.” Not the type to hand out hours of ‘homework’ on USB drives to players like Emery, Tuchel will instead try to instil an overarching philosophy into his players with a view to imposing their game on others.

Even so, Tuchel’s own reading of an undulating encounter remains astute. A switch to 3-5-2 during the second half at Old Trafford earlier this season to exploit space down United’s right with Mitchel Bakker introduced as a wing-back proved pivotal to PSG’s triumph in a crucial Champions’ League group stage encounter with Manchester United.

In London, Tuchel will likely look to engender broad pressing, an intense and dynamic midfield group and nurture individual quality in the final third as a base, but will retain a keenness to adapt between and during games where needed to maximise his squad’s strengths. Werner, for example, could be used as a lone central forward but Tuchel will likely continue to rely upon Olivier Giroud and Tammy Abraham as he did with Mauro Icardi either as a more physical number nine or as a focal point for a selection of talented forwards.

N’Golo Kanté will of course be key. His unparalleled ability to cover ground, break up play and neatly recycle possession may encourage Tuchel to focus on a two man midfield. This could coalesce as a 4-2-4, which was often useful in bigger games but could be exposed in Paris when intensity dropped or when fatigue set in. Or as a 3-4-3, which would allow Silva to be protected while utilising a group of potential inside forwards at his disposal to play off Giroud or float round Werner. Or even as a more standard 4-2-3-1, a set-up rarely used in Paris as it asked too much of the unobliging Neymar, Angel Di Maria and Kylian Mbappé defensively.

With significant centre back cover, adept attacking full backs in Reece James and Ben Chilwell, a 3-4-3 is Tuchel’s likely starting point, allowing Kanté buzz around midfield as the French World Cup winner did so effectively with Leicester, possibly even alongside Jorginho rather than instead of. After impressing in a more withdrawn role as part of 4-3-3 set-up of late, Mason Mount may be one to lose out – not being defensively minded enough to play with Kanté here or boasting the incision or more varied skill-set of Hakim Ziyech, Callum Hudson-Odoi or Havertz to be as effective when deployed in support of the central striker.

Ironically for a coach employed to keep players happy over the last three seasons, “sometimes it’s very easy, sometimes it’s a big challenge,” the German explained in December, Tuchel’s longer term success at Chelsea likely depends on his own happiness. After an acrimonious exit at Dortmund, Tuchel became increasingly frustrated with the French capital club’s convoluted politics and repeatedly spoke out against the handling of recruitment. It effectively cost him his job.

“We did not like these statements. The club did not like them, neither did I personally like them.” Leonardo said after a Tuchel outburst in the press last year. “We will see internally what happens. But here, it is very clear and the club has always been. If someone is not happy, it is easy, we talk and there are no problems. But if he decides to stay, he needs to respect the board’s strategy, the internal rules and the moment that the club is going through [in reference to the pandemic], which is delicate.”

On the eve of his sacking, an increasingly forlorn Tuchel told German outlet Sport 1, “To be completely honest, during the first six months, I said to myself: “Am I still a manager or am I a politician in sport, a Minister for Sports? Where is my role as manager in such a club now? I said to myself: I just want to coach. I think that is why I became a coach and that is why I still am.” Tuchel explained.

“I can find myself anywhere, anywhere where there is a half-pitch to train and a DVD player to make videos. At its heart, I love the game and I can get this satisfaction in many ways as a manager. Sometimes, it is very easy, sometimes, it is a big challenge, because a club like PSG, has a number of influences in it aside from the focused interest of the team… I only love football. And in a club like this, it is not always just football.”

Tuchel’s adventurous style impressed at Dortmund too but his inability to manage internal politics meant he lasted just two seasons. Despite being PSG’s most effective coach in the last decade, the German failed to see out his three year contract, again naively antagonising those above him. Tuchel has the nous (and the squad) to make Chelsea a dangerous challenger on all fronts but if he is to finally build a legacy at an elite club, Chelsea being another outfit overtly subject to internal politics, he’ll have to inwardly adjust his expectations and outwardly control his attitude. Otherwise the next two seasons may follow a familiar trajectory. Whether Chelsea can finally make Thomas Tuchel happy, and in turn successful, in the longer term, may well be up to Thomas Tuchel himself.