FEATURE | Yoane Wissa to Brentford: What to expect 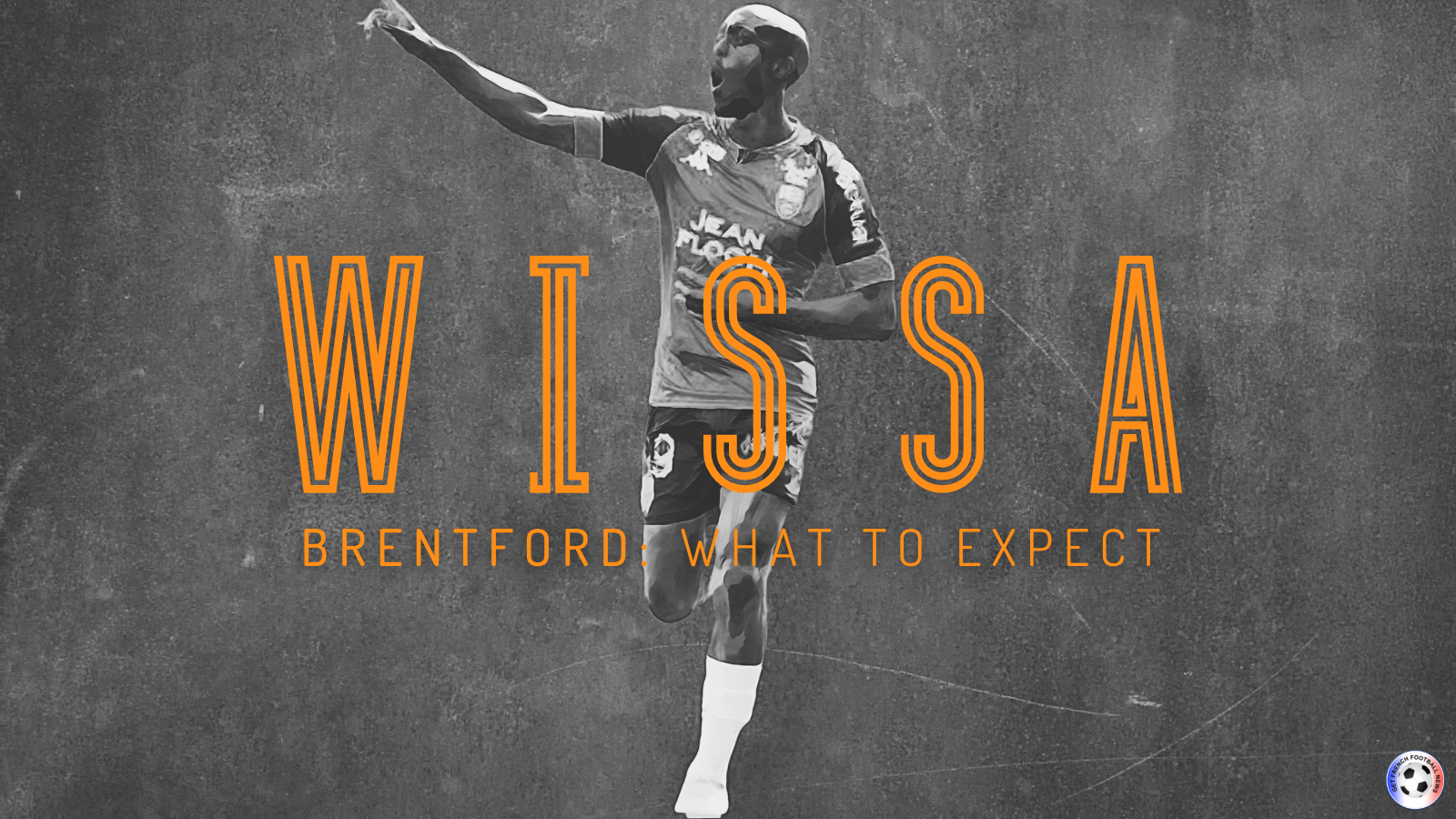 The 2021/22 season will see Brentford return to the English top flight for the first time since 1947. Their transfer spending may have begun a little later than fellow promoted clubs Norwich City and Watford, but their summer is well and truly underway with their latest acquisition, Yoane Wissa from Lorient.

Owner Matthew Benham took over at Brentford in 2009 and helped implement an analytics-based recruitment model. In that period Brentford have identified and purchased Andre Gray, James Tarkowski, Stuart Dallas, Will Grigg, Chris Mepham, Neal Maupay, Ezri Konsa, Ollie Watkins and Said Benrahma. An impressive track record for a Championship side. The role £9m signing Wissa will play in their bid for Premier League survival is questionable at first glance though after forwards Ivan Toney, Bryan Mbeumo and Sergi Canós contributed to a staggering 78 goals in last year’s Championship season.

Like Ivan Toney though, Wissa’s journey to the Premier League was a long one. Some may be familiar with Wissa following a despicable recent acid attack at his home in France which left the forward needing eye surgery after a woman tried to steal his child, but there’s much more to the 24-year-old’s story.

Yoane Wissa grew up in Epinay-sous-Senart, a small commune south of Paris. He would play for the local football team before being spotted by nearby side Linas-Monthery in 2010, alongside Tottenham midfielder Tanguy Ndombele. Although his father initially made him quit after six months, wanting the 13-year-old Wissa to focus on schoolwork, Wissa thankfully returned to football, moving to Ligue 2 Chateauroux in 2013. At this point, Wissa had played everywhere but in attack. He began as a goalkeeper before gradually moving through to defensive midfield and described himself as a number 10 when he joined Chateauroux aged 17. He once remarked that his goalkeeping experience helps him determine where to place his penalties, and it seems to work as he’s scored 13 and missed just two across his career.

By the end of his time in Ligue 2, Wissa was playing as a forward and on his way to Angers. Le SCO sent him on loan twice, with Wissa shining at Ajaccio during the 2017/18 season, scoring nine goals from the left of a 4-4-1-1 system, before permanently moving to Lorient mid-season. The then 21-year-old finished the campaign with 17 goal contributions from 35 appearances across two teams.

With Lorient, Wissa has played across the frontline. Despite being right footed, the DR Congo international is more than comfortable using his weaker left foot. 85% of his touches come from his right, while a famously one-footed player in Bertrand Traoré of Aston Villa scores 91%, according to FBREF. At 5’11, Wissa is strong on the ball and a good dribbler too, completing 59% of the 2.7 dribbles attempted per 90 minutes in Ligue 1 last season and often tries to beat defenders for pace. That though, is the peak of Wissa’s progressive actions.

In 2020/21, only three Lorient players made fewer touches per game than Wissa; fellow forward Terem Moffi and both of Lorient’s goalkeepers Paul Nardi and Matthieu Dreyer. This absence of ball interaction matches up with his pressing numbers. Though Lorient often defended deep in a 5-4-1, only three outfielders made less pressures per-90 than Wissa and he was far behind other key attackers, Moffi and Armand Laurienté. A potential concern for a club like Brentford, who press intensely under Thomas Frank.

In fairness, there is only one question that truly matters; can Wissa be relied on to score enough goals to keep Brentford up? Wissa has hit at least 10 goal contributions every season since 2016/17. His debut in Ligue 1 was a highlight too, adding a goal or assist every 178 minutes, comparing favourably to Mbuemo in the Championship last season who averaged 183 minutes. Although four of Wissa’s goals were penalties, it’s still a strong showing. Wissa also came 15th in Ligue 1 last season for goal creating actions per-90, above Jonathan Bamba of Lille and even Monaco’s Wissam Ben Yedder.

In 2019, the beginning of Lorient’s successful promotion to Ligue 1, manager Christophe Pélissier heaped praise on Wissa following a 2-1 victory over Rodez on matchday eight:

“I said at half time that we had to improve in the last 25 to 30 meters. ‘Wiss’ heard the message, of course. He took a nice thorn out of our foot after two minutes in the second half. There have been a lot of matches since the beginning of the season that he takes thorns out of our feet. He makes a lot of effort, which is important.”

That element of hard work has always been there with Wissa. He described himself in 2015 as a fighter, with “the rage to win”. Yet he remains humble, reportedly offering to lower his salary in the midst of Ligue 1’s broadcast rights crisis.

He admires elegant footballers too, citing PSG pair Lionel Messi and Ronaldinho as favourites, calling them beautiful to watch and “making football look easy”. There’s elements of that in his own game, as it’s not uncommon to see him deceiving defenders with deceptive flicks. Nevertheless, Wissa’s attitude at times feels strictly clinical. He’s previously mentioned that he likes to watch videos of Robert Lewandowski,  Didier Drogba and Samuel Eto’o and aims to emulate their ruthless finishing.

If this season plays out like any other in Wissa’s career, Brentford fans can expect a solid contribution in goals and assists from their new forward. At Lorient, Wissa aided his side’s promotion and helped keep them in Ligue 1. A similar effect at Brentford would be exactly what Thomas Frank needs.