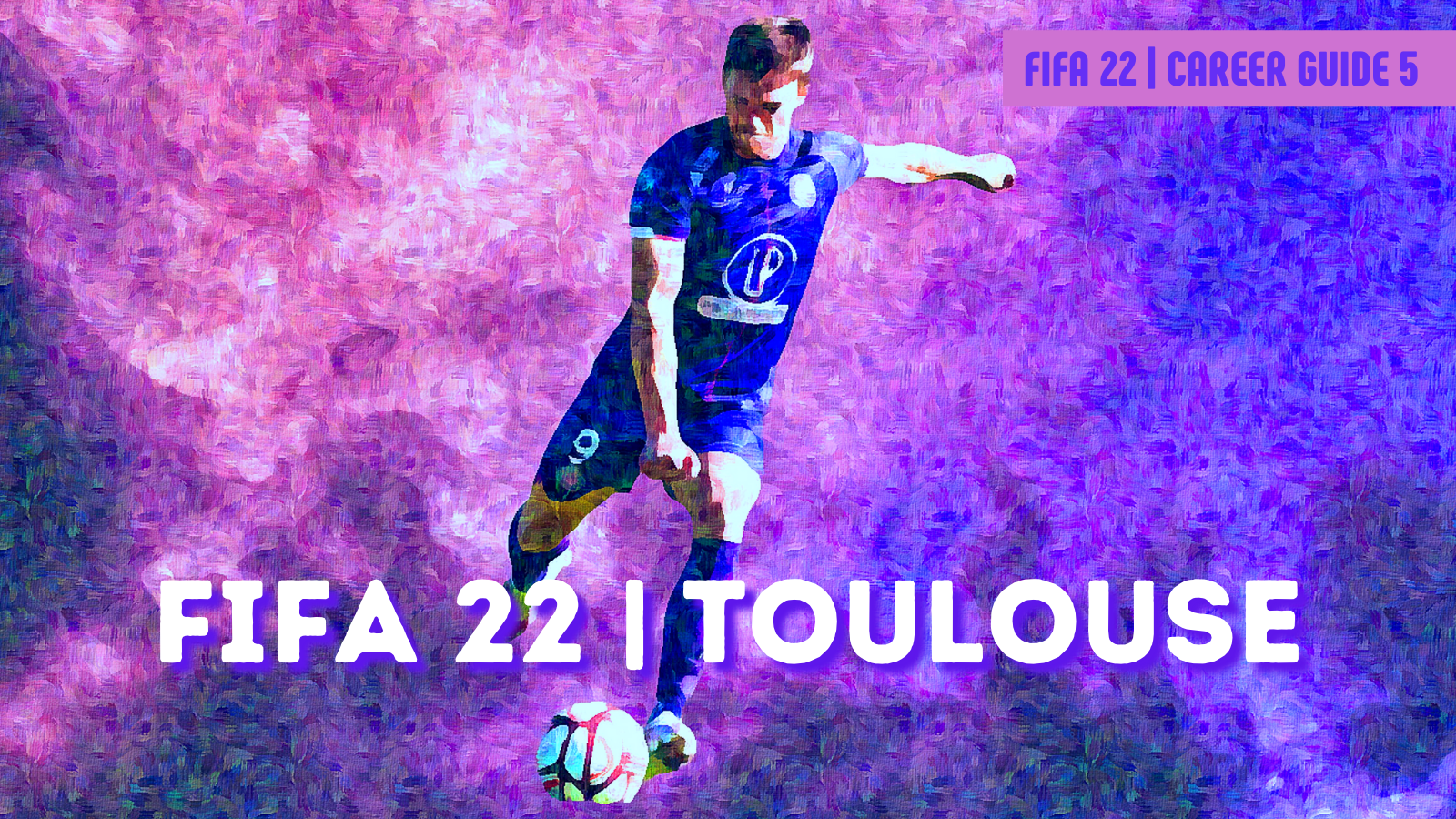 With the release of FIFA 22, GFFN’s Adrien Dryll takes a look at the best Ligue 1 and Ligue 2 clubs to take on your career mode journey. Next up: Toulouse. You can follow the series in full here on GFFN.

History
It isn’t easy being a Toulouse fan. The heart of the ‘Pink City’ belongs to rugby and is home to Stade Toulousain, the most successful team in Europe and France right now, making it difficult for a football club in a region historically the home of rugby union. Still, that didn’t prevent local businessmen from creating Toulouse FC in 1970 to make up for the lack of top level football in the city. The club remained in the lower divisions before becoming professional in 1979 thanks to the help of public investment. After reaching the first division in 1982, TFC qualified for the UEFA Cup thanks to players like Yannick Stopyra and Argentinian World Cup winner Alberto Tarantini.

TFC’s most iconic performance came during the 1985/86 season, beating Diego Maradona’s Napoli as El Pibe de Oro missing a crucial penalty. Since, the club’s history has been punctuated by ups and downs. Toulouse hit rock bottom in 2001 having been relegated to the third division due to a 70m franc deficit. Salvation came though local businessman Olivier Sadran who helped Toulouse back to Ligue 1 by 2003 and, thanks to players like Johan Elmander and a young André-Pierre Gignac, Toulouse reached Europe on multiple occasions. In 2015/16, Wissam Ben Yedder and Martin Braithwaite’s incarnation faced relegation but instead made history. Having recovered a ten point deficit over the final ten games, TFC were saved on the final day thanks to an iconic free kick from academy graduate Yann Bodiger. However, that unprecedented come back was a warning after several shaky seasons and Toulouse were finally relegated in 2020.

Your Job
Help Toulouse back into Ligue 1 and become a team to be feared in France.

Team Goals
– First two seasons: Get promoted and avoid relegation in your first season back in the elite.
– Third and fourth seasons: Build a solid team via clever business in the transfer market and by using your academy. Fight for European spots.
– Fifth season: Emulate the club’s iconic performance in the Europa League by qualifying for the knock-out stages.
– Sixth season: Win the club’s first league title.

Team Breakdown – Budget: €6.7m
Toulouse are an international squad by Ligue 2 standards with eight different nationalities in the starting eleven alone,  something to keep in mind in the transfer market. Don’t be afraid to go for more exotic players. Your optimal formation is a 4-4-2 diamond which focuses on Toulouse’s biggest assets in midfield.

In goal you have Maxime Dupé, rated 72. The 28-year-old will be your first choice goalkeeper and will be perfect in your first seasons. In defence, you’ll find a pair of talented centre-backs in Anthony Rouault and Bafodé Diakité. Both are just 20 and have a potential of 78 and 77, that may go higher if you train them well and use them regularly. On the right you’ll find Danish full-back Mikkel Desler. Aged 26, he’s tall and relatively fast (79 PAC). Rated 67, his main attribute is his physicality with 82 jumping and 83 stamina. He’ll start as first choice but will soon need replacing. On the left, Issiaga Sylla will be your first option. He’s 71 rated but, unfortunately, doesn’t have the best stats for a full-back despite his good physicality and crossing ability. He’s desperately slow (only 62 PAC), a real problem. Replace him as soon as possible.

Your midfield is much more interesting. Stijn Spierings and Branco van den Boomen will be your anchors. Both are tall (6’1 and 6’2), strong and good on the ball. Their potential is around 73-74. Spierings is best used at the base of the diamond, being very slow (56 PAC), while van den Boomen will roam as box-to-box player. Brecht Dejaegere (30) is a little (5’7) engine with 87 stamina. Use his vision, short passing, agility (89) and balance (81) to create a strong connection with your number ten, Denis Genreau. The 22-year-old is 65 rated with 75 base potential, plus good stamina and short passing and will develop nicely.

Up front are Rhys Healey and Ado Onaiwu. The Englishman is on fire this season but on FIFA he’s not the best, only 68 rated with 71 potential, but he remains a good first season starter with decent finishing, pace and agility. Alongside him, Ado Onaiwu is much tastier. The 25-year-old Japanese forward is quick (85 PAC) and can finish (71). Unexpectedly, he’s also a danger in the air thanks to his 88 jumping ability. The pair could be lethal if used well. Play Onaiwu as your pacey forward, while Healey should be used as a more standard finisher.

Star Player
Branco van den Boomen (71/74): The Dutchman is a first-name-on-the-sheet kind of player. One you can rely on for an entire season. His natural attributes, such as stamina and strength, combined with his set piece abilities are a perfect mix. Train his finishing and tackling and you’ll have one of the most complete and all-rounded players in Ligue 2, perfect for a career mode.

Prospect
Anthony Rouault, 20 (66/78) – CB: Rouault is a top defender in the making and the brightest prospect in your team. He’ll grow rapidly if you train him well and consistently. At his full potential, Rouault could become a classy defender with good passing, similar to someone like Clément Lenglet.

Transfer Targets
Wahidullah Faghir, 17 (64-84) – ST: Toulouse have a strong Nordic tradition thanks to Johan Elmander, Martin Braithwaite and Ola Toivonen – Wahidullah Faghir could be next. Having just graduated from Stuttgart’s academy, Faghir is a stocky striker, with impressive physical stats (79 strength) and a potential of 84. He could become a dangerous forward but be patient and train him well to get the most out of this unknown gem. He’ll be particularly interesting in a striking partnership and is valued at €1.6m.

Albert Vallçi, 25 (73-76) – LB/RB: Playing in Red Bull Salzburg’s reserve team, Vallçi is a bargain. For €3.7m, you get yourself a versatile full-back capable of playing on the right and the left thanks to his four star weak foot. The Austrian defender is also tall (6’2) and could even help out as a centre-back. His potential is only 76 but you can take advantage of his 78 pace and a lethal 77 heading accuracy as well as an incredible 89 stamina.

Surplus To Requirements
Augustin Rogel, 23 (70-77) – CB: The Uruguayan defender is on loan at Estudiantes La Plata, recall him and put him on the transfer market. A 70 rated young defender will bring you some useful funds.